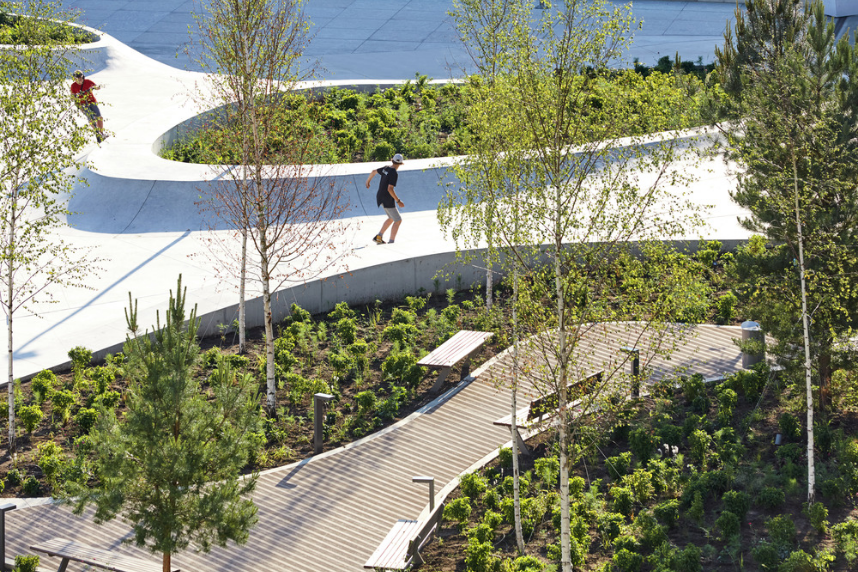 The stereotype of skaters as “trespassing social misfits” is severely outdated—the sport is slated to make its debut in the next summer Olympics, after all. And yet, there remain very few safe places (even in the city) for people to practice their kickflips—never mind come together as part of a larger community.

But what if central Brooklyn had its own designated area for skateboarding—plus, community events, environmental education, music, and the arts? Well, these hypothetical halfpipes may soon become a reality as a proposal to move forward on Brooklyn Skate Garden (BSG), a multipurpose greenspace that’ll be dedicated to all of the above, is currently up for a vote. Residents 11 years old and up in District 39 (which encompasses Park Slope, Cobble Hill, Carroll Gardens, Columbia Waterfront, Gowanus, Windsor Terrace, Borough Park and Kensington) can vote on the proposal through April 14 as part of a participatory budget election. (The vote is to approve a $300K downpayment to secure a location and kickstart the project, a first of its kind.)

“There is nothing like this that exists anywhere in the world,” says Loren Michelle who is spearheading BSG as part of the Pablo Ramirez Foundation, a nonprofit she started in memory of her son, Pablo Ramirez, a professional skateboarder, artist, and musician from Brooklyn who died in 2019 in a skateboarding accident while commuting. Her mission is to ensure other can practice the sport they love without putting themselves in danger by doing so. “They’re not on the street, they’re in a park, they’re in an environment that’s supported by like-minded people,” says Michelle, who envisions older skaters helping newbies with their first tricks, and individual skaters making new friends over shared interests.

Ollies not your thing? No problem. BSG will be more than just a site for practicing tricks. “It’s a place where kids, teenagers, grandparents, and families can all come together and feel connected and feel that there’s something for everyone,” Michelle says.

What that looks like, according to the vision board for the project, are areas for skating, gardening, and art installations, as well as lawns for lounging or picnicking. Michelle hopes the garden becomes a template for other cities. 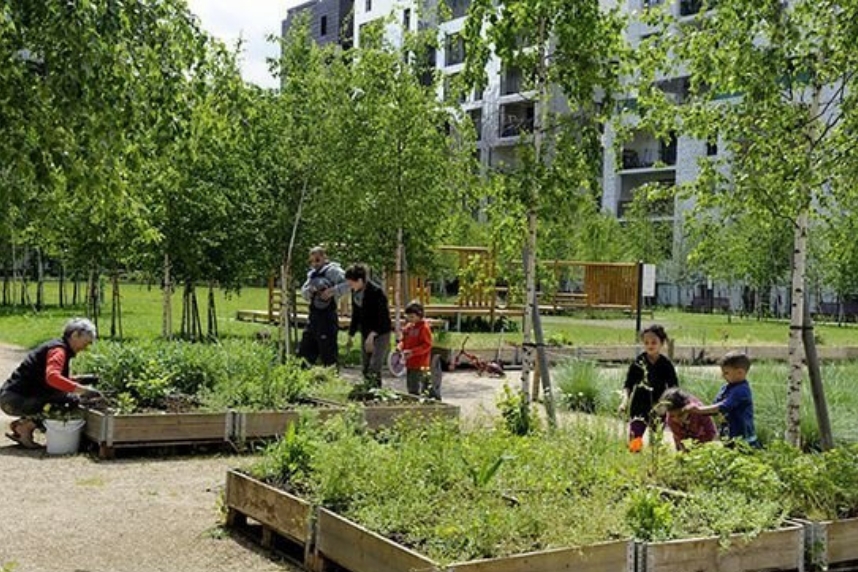 Plans for the Brooklyn Skate Garden.

But to make any of these dreams come true requires enough people turning out to vote online in favor of BSG first. Michelle says she’s optimistic that the project will receive the support it needs to move forward since it’s such a grassroots way of going about it. “What’s so powerful about the participatory budget is that the young people and our community are able to flex their civic muscles and get involved with making a difference,” she says.

In the past, winning projects have included elevator repairs, water fountain maintenance and school technology upgrades. Michelle hopes that the Brooklyn Skate Garden will be a top contender since the mission of the greenspace is to make everyone feel welcome. “We are for skateboarding, and more,” she says. “We are for arts and culture. We are for youth development. We are for environmental education. We’re bringing communities together to uplift and connect people and make them feel they’re part of something bigger.”