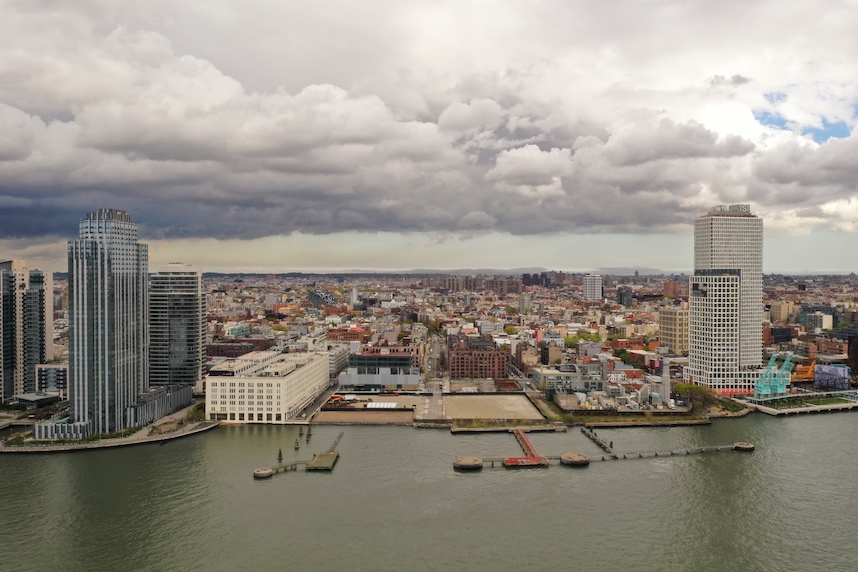 What do you think the future of Brooklyn should look like?

Our borough has changed dramatically over the past 10 years, adding 78,377 new apartments from 2010-2020, about an 8% increase. And yet somehow Brooklyn is less affordable than ever. The story is the same all over the city—a neighborhood gets rezoned to add more housing, rents rise, and the neighbors who were supposed to benefit get pushed out. The issue is the rezoning process.

In New York city, developers consistently buy property with a particular zoning, confidently assuming they can rezone it to more than double the value because of their political influence. This is the only major city in the country without a cohesive land-use plan. In other places urban planners have far more influence on development, and the most innovative cityscapes in the world are human-centered, meaning they focus on quality of life for the people who live there. In New York, developers are acting as our city planners.

As a result, Williamsburg has seen the most condo construction of any neighborhood in the city since 2009. This has happened without regard to the local community’s recommendations or concerns about displacement and without any real plans or budget to accommodate the increased population—necessities like new schools, garbage routes, safety services, and a basic transportation plan. When we began asking questions, we quickly came to realize that without a land-use plan, things in New York get built because developers and politicians benefit. There is no requirement for developments to make sense from a planning perspective, and in fact they rarely serve the interests of the neighborhoods they build in.

As a result of our discoveries—and inspired by an incredible group of activists who saved this same North Brooklyn Brooklyn waterfront from becoming a power plant in the early aughts—we established Sustainable Williamsburg in 2019. And today, we ask you to join us.

Who are we and why do we care?

Sustainable Williamsburg is a group of North Brooklyn residents who have joined together to fight against developer-led rezoning in our city—and we’re not alone; we are one of 100 or so other activist groups focused on this cause. During the last decade, we’ve watched as our neighborhood changed dramatically as a result of the rezoning. The cost of buying an apartment in the neighborhood doubled between 2010 and 2019, and rents soared, causing so much turnover and displacement it was like a shift-change. Somewhere between sardine can L-train commutes, failed traffic studies, and Bushwick Inlet Park rallies, as the sidewalks, streets and garbage cans began overflowing (all while we said goodbye to friends, restaurants, and stores pushed out by rising rents), we realized that if you care about the future of your neighborhood, YOU have to do something about it.

Currently, we’re working to prevent the next major rezoning effort in our neighborhood from moving forward: the River Ring Rezoning Proposal (also known as the River Street Master Plan), which is set to happen this summer in Williamsburg. If we can stop this latest development, it will send a signal far and wide about who gets to decide what the future of NYC looks like—wealthy developers or the community?

We have some action items for you at the end of this letter, if you want to join the fight. But first:

Here’s why rezoning River Street to C6-2 density is a terrible idea.

The River Street Lots (87-105 River St.) are located just west of Kent Ave. from N. 3rd St. to Metropolitan Avenue and are the last remaining low-density lots on the Williamsburg waterfront. They are zoned M3-1 which has a floor area ration (FAR) of 2, meaning the building can be built to be two times the lot size, and its current allowable uses are manufacturing and commercial. Similar zoning examples include the lot next door (which many hope will become a Trader Joe’s), the Brooklyn Navy Yard, and Industry City.  The developer who bought the lot, Two Trees Management, would like to rezone it to C6-2, the highest allowable residential density (FAR of 7.2) and bring 1,250 units and two towers up to 64 stories (710 ft.)—the second tallest in Brooklyn—to the site.

Representative Carolyn Maloney (NY–12), among others, has stated that there should be a moratorium on development in Williamsburg and Greenpoint until we get a handle on the density we already have. Instead, our community is going to be forced to answer another rezoning during a pandemic.

So why is the developer pushing this project through the rezoning process, as fast as it can, even though the nearby Domino site remains unfinished?  Politics. Rezoning decisions are decided by the local councilmember, who is supposed to follow the guidance of the community board. North Brooklyn’s City Council member, Steve Levin, the major decision-maker in the process, leaves office at the end of this year due to term limits. All eight of the candidates who are running for this seat are against the project.

Although Levin has repeatedly gone on record to say that he will follow the “will of the community,” that is not the same as saying that he is against the project.

What is the will of the community? What does the future of our city look like?

It is in our hands.

Here are 4 ways to make your voice heard

This is an opinion piece edited by the founders of Sustainable Williamsburg. It’s the first op-ed Brooklyn Based has published from an author we are not affiliated with. To submit an op-ed for consideration, or share your thoughts, email editors@brooklynbased.com.