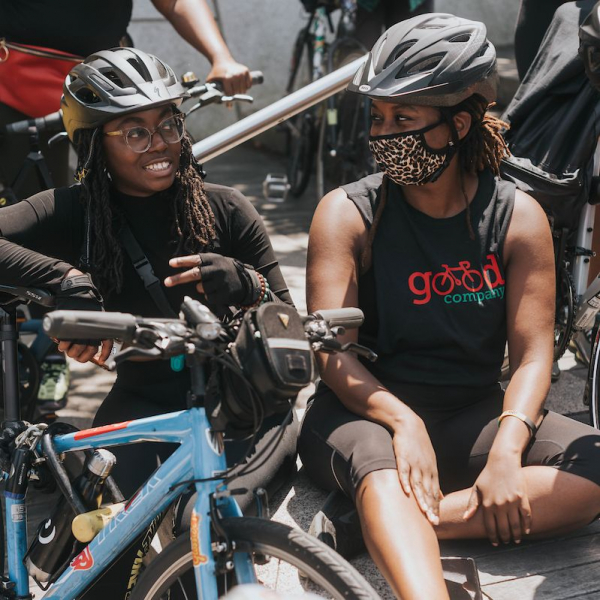 How thrilling it is to begin this week’s column with hearty Happy Juneteenth wishes to you all, the first time it’s being recognized as a federal holiday! In a year where my memory has been uncharacteristically unreliable, whether due to emotional upheaval that we’ve all been through or—let’s face it—my associated reliance on the occasional, now-legal edible to calm my nerves, I have remarkably vivid memories of this day one year ago. The weather was incredible, and I left the house on my bike in the early afternoon to join a BLM protest that ended in Fort Greene Park, where I met a friend in-person and we talked about how jealous we were of an acquaintance who had recently tested positive for antibodies.

From there, my sister and I had to-go cocktails and dinner from Evelina, and I spent the rest of the night with a beloved coworker drinking boxed rosé on a blanket in Prospect Park against a backdrop of fireflies, fireworks, and dance music piped over portable amps.

After two real dates, things were going well with a guy I’d met online during the scariest days of the pandemic, and he was picking me up the next morning for a beach day at the Rockaways. At the time, I remember being overwhelmed by giddiness at actually being out and about and among people and a reassuring sense that, somehow, there was a chance that things might eventually get better.

Now, 12 months later, half of New York is fully vaxxed and the city is open again, there’s a new administration in Washington, and the large-scale acknowledgement and reckoning of racism in this country continues to feel like it’s picking up steam. We obviously still have a long way to go in terms of processing what happened last year and during the centuries before it, but recognizing Juneteenth as a holiday and critical part of America’s history is progress, and if you’re looking for a way to honor it, the Freedom Ride sounds like a great option. It’s a daylong bike tour taking place tomorrow and stopping at Black-owned restaurants and other Brooklyn locations that are historically and culturally significant to the Black community. (Note: if cycling isn’t your thing, there are other cool events happening at the Brooklyn Museum and elsewhere in the city to celebrate Juneteenth as well.)

On Sunday, consider taking a stroll through the beautiful streets of Ditmas Park, where you can experience live music performed from 3–5pm at various stops as part of the second annual Make Music Ditmas festival. You could also head to Roosevelt Island for an outdoor production of The Alcestiad and The Drunken Sisters, a play by Thorton Wilder that’s being staged there all weekend. Feeling like pushing yourself physically? Check out Vital, a new climbing gym in Williamsburg to get started on regaining that pre-COVID muscle tone.

If you’re planning a trip to the beach or the park, Dinner Party is a new Fort Greene shop that can supply you with the perfect picnic meal. Or, you can deal with the overwhelming process of trying to get a reservation at a restaurant around here these days! I am headed out to Ridgewood to finally try Rolo’s this evening. And my sister and I were lucky enough to happen upon a sidewalk table at the exceptional Olea earlier this week, if you’re looking for ideas. Perhaps you’d like to go further afield, in which case be sure to read our round up of glamping options in the nearby vicinity.

On the other hand, maybe all of this jumping back into activity has you missing your couch, in which case I’d be inclined to watch Lupin, which just dropped the second part of its first season. If you, for some reason, have any desire to be reminded what the lockdown felt like on a visceral level, I would suggest watching Bo Burnham’s new Netflix special, Inside, which he wrote, directed, and filmed solo from one room in his house during the height of the pandemic. Another dark one is the new Kevin Can F*** Himself, a hot take on the old sitcom trope of an ambitious, attractive, intelligent woman stuck in a marriage with a Neanderthal for a husband.

Whatever you end up doing on this lovely summer weekend, please remember to VOTE! And make sure that the deserving fathers in your life, whoever they may be, feel the love this Sunday.

Finally, slather on the sunscreen, get outside, and take advantage of one of the loveliest times of year to be a Brooklynite—see you back here soon!