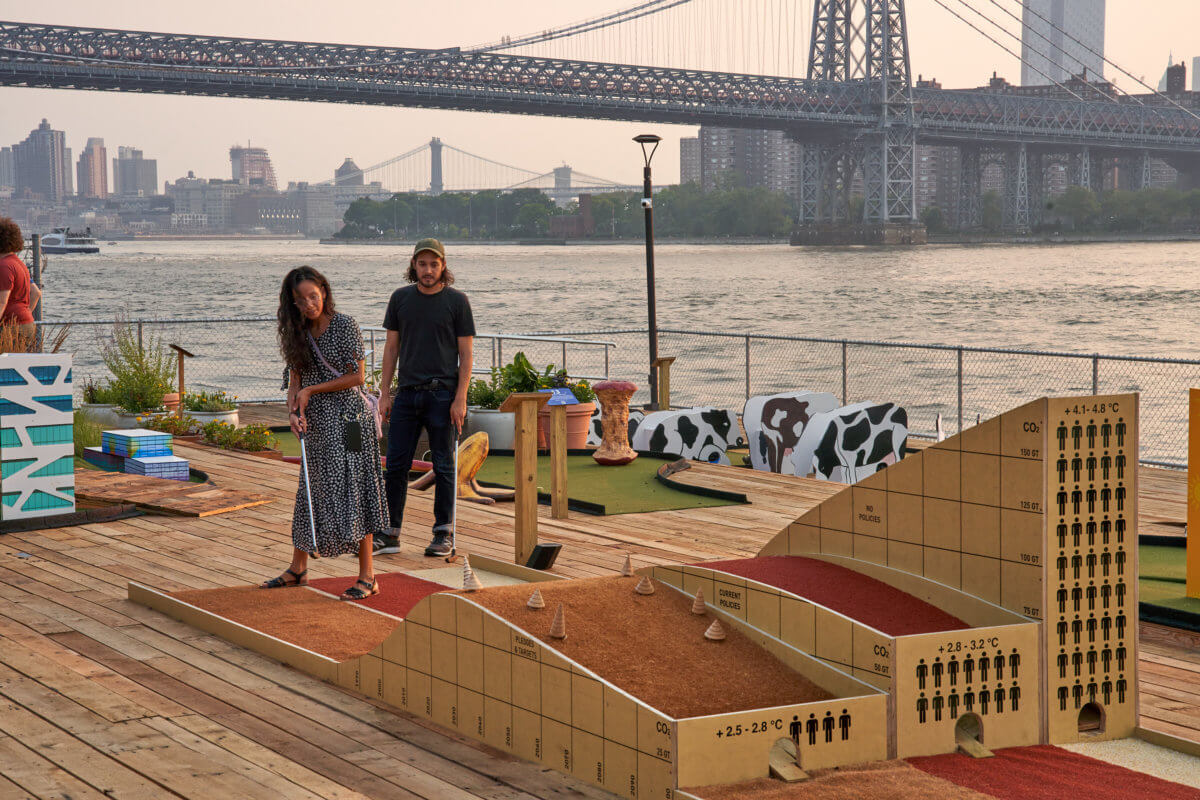 Hooray for Friday, even if we are smack in the middle of the hottest, stickiest dog days of summer—with sort of staccato interjections of extreme weather events that mean that people in the Bronx are jet skiing in the street on a day when Brooklyn hardly gets any rain. After a brief hiatus, the mice that took up residence in my apartment during the winter months are back. So, I’ve spent too much of my recent days literally trying to build a better mousetrap, which is guaranteed to make someone cranky (not to mention disgusted) if the humidity doesn’t get you there on its own. Point being, I am excited for some weekend fun, even if I’m gonna get very sweaty having it, and so without further ado, let’s lay out some options for how to spend your free time this week.

First up, if a trip to the beach is in your future this weekend, there is a ton of free live music in store at Beach 97th Concessions on the Boardwalk—the Rockaway Music Festival kicks off three days of concerts and fun in the sun starting this afternoon at 4:30. Also this evening, Prospect Hill, a new musical commissioned by Piper Theater to honor the queer history of Park Slope, begins its limited, two-week run at the Old Stone House.

On Saturday, Bushwick Ice House is hosting a BBQ and beer pop-up, which sounds like a nice way to while away a summer afternoon, especially if followed by a trip to Littlefield to see Fast Forward, a new monthly comedy show hosted by Josh Gondelman to raise money to sustain voter engagement beyond 2020.

I’ll admit that I am kind of dying to ride the 2/3 up to Riverside Park to see those weed-munching goats I keep reading about in action, and I’m also intrigued by the brand-new miniature golf course now open on the Williamsburg waterfront. Not for nothing, but on a recent outing to Shipwrecked, I scored not one, but two (!) holes in one, so I’m just sayin’ that you putt-putt aficionados may have a ringer on your hands.

Sunday, get your competitive juices flowing by enlisting some friends and entering into a petanque tournament taking place that afternoon in the courtyard at Industry City, complete with music and delicious food and drinks. Even better, combine your trip to Sunset Park with a Caribbean feast on the roof of the Brooklyn Grange, as part of 1 to 1 Foods’ Roof Stoop Sundays series, or a Rooftop Films screening that evening of New York Non-Fiction Shorts at the Brooklyn Army Terminal.

I may break my pandemic-long break and head back to a movie theater this weekend to see the new Anthony Bourdain documentary, Roadrunner, which opens today. But in the meantime, I’ve been really enjoying Summer of Soul (. . . Or When the Revolution Could Not Be Televised) on Hulu and the second season of Tim Robinson’s insane comedy sketch show, I Think You Should Leave, on Netflix.

Speaking of comedy, I’ve also been able to read more of Tom Scharpling’s new book, It Never Ends, than anything else I’ve tried to pick up since March of 2020. And, looking ahead, I’m planning to pick up tickets to see Smartless, the podcast my sister got me addicted to during quarantine, when hosts Jason Bateman, Will Arnett, and Sean Hayes come to Kings Theater for a live taping in February, as well as Ramy Youssef’s August 8 and 9 appearances at The Bell House.

In the weeks to come, I’m waiting for the right window to brave midtown to see the new Cezanne Drawing exhibit at MoMA, and I’ve also got my eye on Yard Beats & Eats, a series of outdoor parties featuring music, food, drink, and activities at the Brooklyn Navy Yard. I’ve also saved this list of newsletters to check out, when I’m not reading Brooklyn Based of course, in an effort to stop scrolling through Twitter in moments of relative quiet and panicking about climate change/threats to our democracy.

What are you all up to this weekend? Anything we missed? Things are opening fast and selling out quickly, so please let us know if there are summer events that you’d like to see highlighted here as we move into this long, hot, sweaty stage of summer in BK. Stay cool, remember the sunscreen, and have an awesome weekend, everybody! You deserve it!