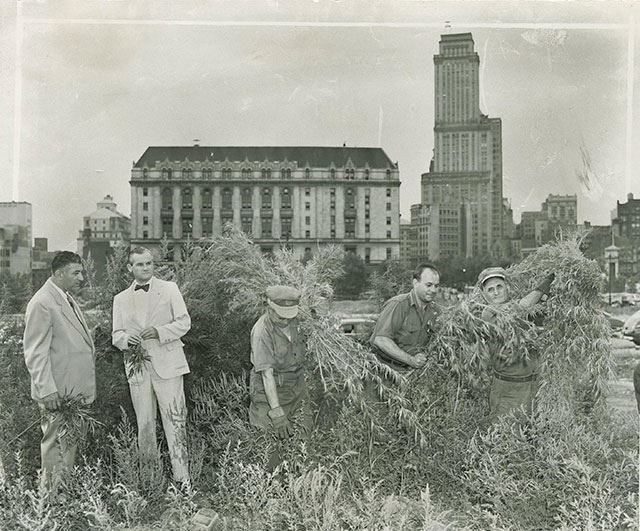 New York City sanitation works cut and collected 41,000 pounds of weed from vacant lots across the city in the summer of 1951, which was incinerated in Woodside, Queens, much to the disappointment of tokers everywhere. Photo: Brooklyn Public Library/Brooklyn Eagle archive

In the summer of 1951, New York City was consumed by two things: weed and who would face the Yankees in the ’51 World Series–the Brooklyn Dodgers or the New York Giants. Bobby Thomson was just weeks away from hitting the “Shot Heard Round the World” that would win the National League pennant for the Giants and end the Dodgers’ season, and a group of vigilant sanitation workers, known as the White Wing Squad, were systematically destroying some 20 tons of cannabis growing rampant around the city, 40 percent of which was eradicated right here in Brooklyn. The pot pulled out of vacant lots from Brownsville to Williamsburg was valued at $6 million (about $62.5 million in today’s market).

All of this was well documented by the Brooklyn Eagle, and it was by going over old clippings from the now-defunct daily newspaper that Ben Gocker, senior librarian at Brooklyn Public Library, was able to resurrect this tale of the real-life reefer madness that swept the city for an article that first appeared on the BPL blog in early  2011—it was then picked up by WNYC and a few other outlets. Curious to see what else he came across while researching one of the biggest weed busts in Brooklyn’s history, I met up with Gocker inside the Brooklyn Collection at BPL.

I was kind of hoping Gocker would tell me there was something more nefarious afoot, a druggie tale worthy of a Law & Order storyline, but as it turns out, the pot was probably not all that potent. It was possibly ditch weed left over from the World War II, when hemp was grown as an alternative to less accessible industrial fibers for rope manufacturing. That didn’t, however, stop the media from whipping the public into a frenzy with stories about marijuana plantations and people in the West Village cooking their weed in frying pans surrounded by “strikingly pretty girls.”

“The way they would write about this was very much sort of cliched,” Gocker says. “In these articles, they would call it Dream Stuff, and talk about how crazy it would make you. You’d find articles like guys who would smoke weed and run out of a window, things like that, a lot of sensationalized journalism around it.” 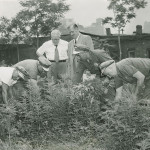 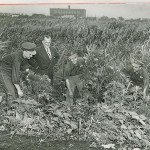 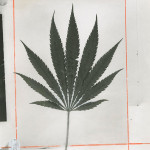 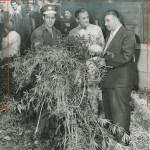 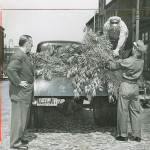 No one knows exactly where all the weed came from, as Gocker says the focus of the citywide seizure was on getting rid of the weed, not identifying its growers, and despite the fear mongering, most people seemed to have viewed the city’s pervasive pot problem as entertainment.

“What I found really remarkable in the photos, is that the bystanders who were around seemed to really know what the stuff is,” Gocker says. “You look at their faces and they’re laughing and smiling at the fact that they’re taking the wacky tobacky away.”

Back in 2011, Gocker was forced to do his investigating the old-fashioned way. “The way I was doing it, the newspaper clippings, which were very yellow and brittle, would just be in an envelope,” he says. “There were two very fat envelopes. You had to go through each article. Make sure not to totally turn it to dust. Now we have the old Eagle digitized, so you could do it a lot quicker.” (BPL has since created a free digital version of the Brooklyn Eagle’s entire archive from 1841 to 1955 when the newspaper shuttered.)

“When the paper closed, the morgue, all the clippings and photographs, hundreds of thousands of photos, came here to the library,” Gocker says. “Now that the morgue is digitized, anyone, anywhere, for free, through the library’s website can access the entirety of the Eagle. You can do a keyword search for marijuana, and see what articles come up.”

There is plenty to look at other than Brooklyn’s pot past. Gocker says the archive is full of bizarre tales and glimpses into the borough’s history. Here’s one from April 18, 1902, proving that 1. hipsters did not invent keeping chickens in Brooklyn, and 2. no one likes a rooster as an alarm clock. Still, the weed-saga of 1951 will take some digging to top.

“You think of Brooklyn in the ’50’s being all about the wholesome Dodgers, and cheesecake, and just Brooklynese,” he says, “but it was a lot weirder than anyone thought.”