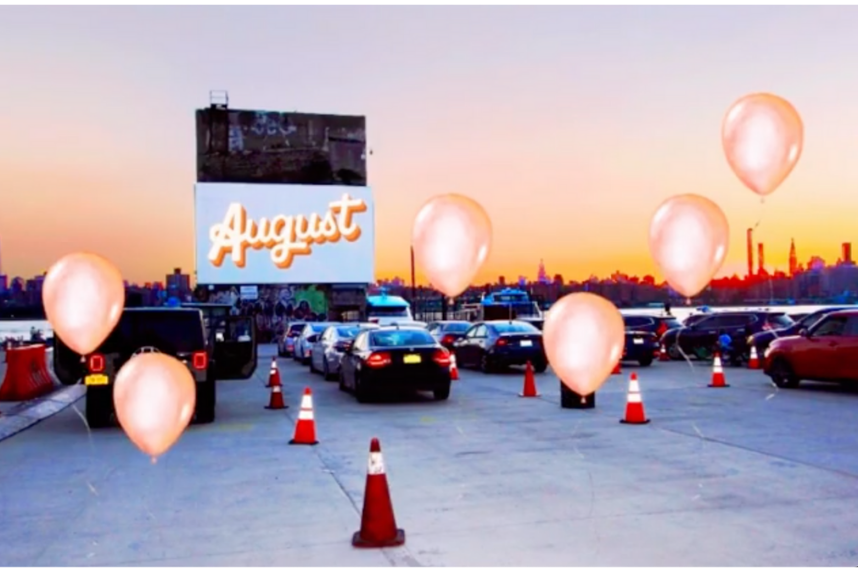 Some movies are just better seen on the big screen—like a splashy summer release with tons of explosions, CGI, and deafening sound effects. “Blockbusters will always be just like amusement parks; it’s about sharing a ride and experiencing fear and joy together,” says Irina Patkanian, professor of Film & Media Arts in the Department of Television, Radio & Emerging Media at Brooklyn College. “In a cinema, you’re with strangers who all project their own experience on the movie, and so you are in the middle of all these crossfires of various experiences.”

Fortunately, Brooklyn has a plethora of options for watching films on a cinematic scale—both indoors and out. The drive-ins that opened last year are back again this season and at the top of our must-go list if you haven’t already been. Rooftop Films has once again curated a perfect, warm-weather outdoor film lineup. And now, for the last half of summer, it’s been announced that Summer Movies Under the Stars is returning to Prospect Park starting Aug. 5. Patkanian calls these outdoor screenings communal experience at its best, something that’s been in short supply over the past several months with good reason, but is a welcome return while still allowing you to practice social distancing. “It’s dark,” she says, “so the sacred function of cinema is respected—but not too dark, so you aren’t aware of strangers around you, [which is] the other sacred function of the cinema experience.”

As per usual, this summer’s outdoor screenings are older films that, after a year of unpredictability and invisible threats, may appeal to audiences looking for nostalgia and safety. And for those ready to return to cinemas, there are exciting new options to devour. Music films, interesting documentaries, and big-ticket numbers will all be vying for customer attention at the theaters this month. Below is a breakdown of what’s playing where this month, so all you’re responsible for are the snacks. 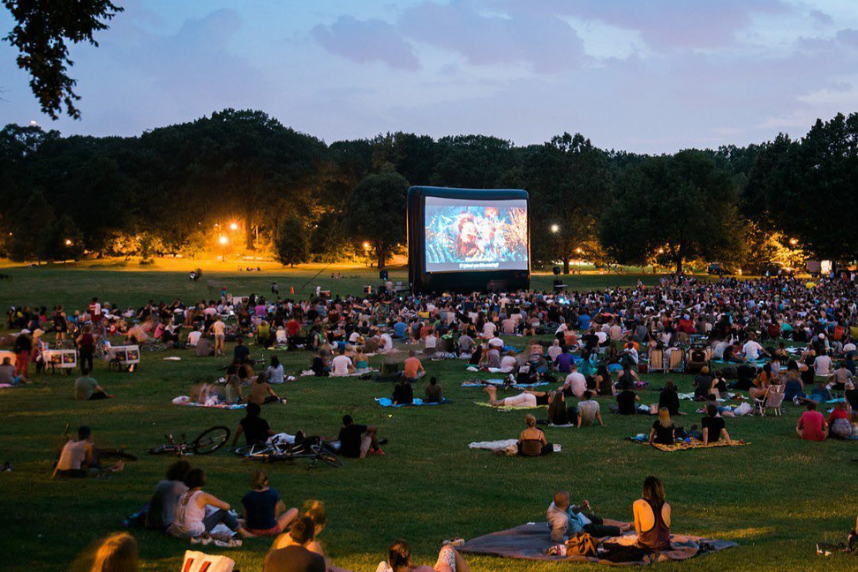 Summer Movies Under the Stars

Pack a picnic and bring a blanket to take in a film, all of which start at sundown (around 8:30 pm), on the inflatable screen, which is being set up at the north end of the Prospect Park Long Meadow, located nearest to the Grand Army Plaza entrance. For more information, check their website.

Movies are screening almost every night, including late-night options, so there is something here for everyone. And you don’t even need a car to enjoy them! Here are a few must-see options, but check out the schedule for the full lineup.

If you’re ready to head back to the movies at a cinema near you, here are our picks for what to watch on the big screen this month.

Yes, you can see Summer of Soul, a documentary about the 1969 Harlem Cultural Festival, at home on Hulu, but for maximum impact and acoustics, you’re better off buying tickets at Nitehawk.

For all the adventure and superhero fans, Black Widow, based on a character from the Marvel Universe and starring Scarlett Johansson is finally in theaters like Alamo Drafthouse. “It’s long overdue for her character to have her own movie,” says Patkanian. Expect danger and action…and lots of drama both on and off screen, as news just broke that Johansson is suing Disney, the distributor of the film, for allegedly breaching her contract by simultaneously releasing the film in theaters and its streaming platform, Disney+.

I can’t even remember which director said this, but one of my favorite Hollywood quotes is: “I wouldn’t even cast Val Kilmer in a movie about Val Kilmer.” Given the actor’s reputation for onset behavior, this quote could have been from any director Kilmer worked with. But, now there is finally a movie about Val Kilmer, starring Val Kilmer, the actor who has virtually disappeared in the last decade, and whose story is revealed in this documentary directed and produced by Leo Scott and Ting Poo. It’s playing now at Alamo.

This dramatic thriller directed by Academy Award winner Tom McCarthy and starring Matt Damon was delayed for almost a year but is now viewable in theaters. In it, an oil-rig roughneck (Matt Damon) goes to France to assist his daughter, who’s in prison for a murder she insists she didn’t commit. Expect lots of action. It’s playing at Cobble Hill Cinema and Regal UA Court Street.

What happens when a stand-up comedian (Adam Driver) and an opera singer (Marion Cotillard) have a baby? This critically acclaimed musical was directed by Leos Carax in his first English-language film. If you are imagining a more artsy version La La Land, though, think again: There’s singing graphic sex and singing while using the toilet—and all the songs are sung by the actors live. It’s playing at Nitehawk.

Peter Jackson (The Lord of the Rings trilogy) is making a Beatles document and has somehow found unreleased footage that is making music fans thirsty. This one is going to require a very good sound system. There are no theater listings as of publication.