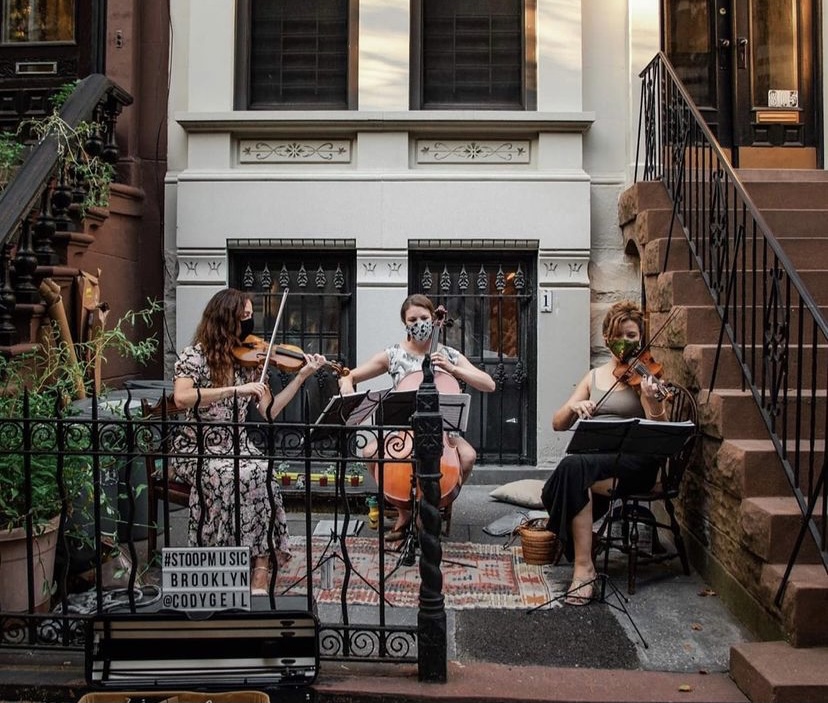 Friday, March 13, 2020 was the day the music stopped for violinist Cody Geil, who toured with a variety of classical and pop acts prior to the pandemic. “I saw my whole schedule for the year just clear up, evaporate,” she says.

With no gigs in sight, Geil wasn’t sure what to do, but then her landlady made a suggestion: Perhaps she could play music for the people waiting in line for the nearby Park Slope Food Coop. From that spark came Stoop Music, a weekly concert series on Friday evenings (aside from an August hiatus) at Geil’s stoop on President Street between 6th and 7th Avenues—weather permitting.

To keep things varied and interesting, Geil draws on her network of musician friends playing in different genres, so “it’s [not] just like, ‘Oh, here’s the jazz session or here’s the classical,’” she says.

One week kids may be running down the block to the rhythm of steel drums; another may find those that gather swaying to chamber music or even dancing to hip hop—maybe electronic music too.

“I had a hard time not crying while I was playing,” Geil says remembering those first few shows. And the performances seemed to hit a chord with the audiences, too. People have come up to her after concerts, she says, and told her things like: “Thank you so much. I was having the worst day, and this meant so much,” she recalls.

Since the start, Geil hasn’t charged for performances—which would have been tricky anyways, seeing as concerts took place on a public street—but she did encourage donations by cash or Venmo at every show.

Figuring out ways to get out-of-work musicians paid for performing over the past 17 months is a problem plenty of people have been trying to solve. Among them is Aaron Lisman, a software engineer and amateur musician, who started Operation Gig, and began playing live shows on his porch in Ditmas Park at the beginning of the pandemic and passing the hat for the professional musicians who’d perform. “I wanted to emphasize the importance of trying to generate a little bit of revenue in these shows—we were supporting the musicians,” he says. 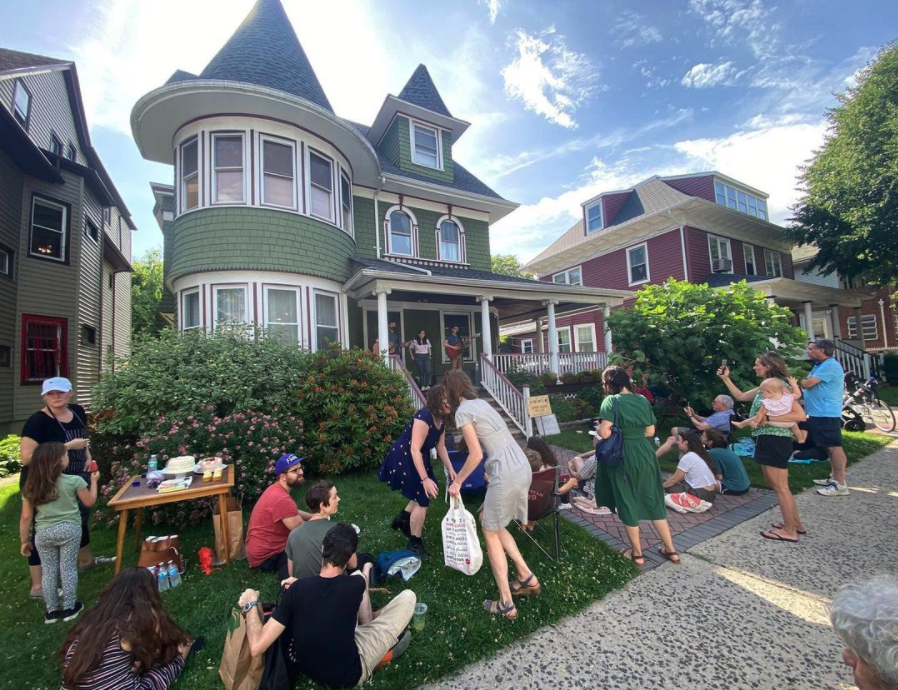 Both Geil and Lisman mentioned that at really well-attended shows, musicians may make just as much from donations as they would at a regular club gig (or even a little more).

At first, Operation Gig shows all took place on Lisman’s own porch, and then at the homes of neighbors who offered up theirs after answering Lisman’s Facebook calls for bigger spaces. Shows are nearly every Saturday and Sunday (and sometimes Friday) in the late afternoon or early evening with acts, exact times, and locations announced on the Operation Gig website.

A year later, and Lisman says, “It just kind of snowballed.”Aside from ensuring a wide range of styles—from jazz to a tribute to Selena to brass bands and chamber music—there are no rules about genre. In fact, aside from rules about protecting other people’s safety, there is a kind of freedom in these shows that may not have existed before the pandemic.

“During normal times, they wouldn’t have been so amenable to [the shows] because I don’t know exactly what the rules are,” Lisman says. “We certainly aren’t getting permits or anything like that. But, I think extraordinary times sort of called for extraordinary measures. This sort of fit under that, and people understood that.”