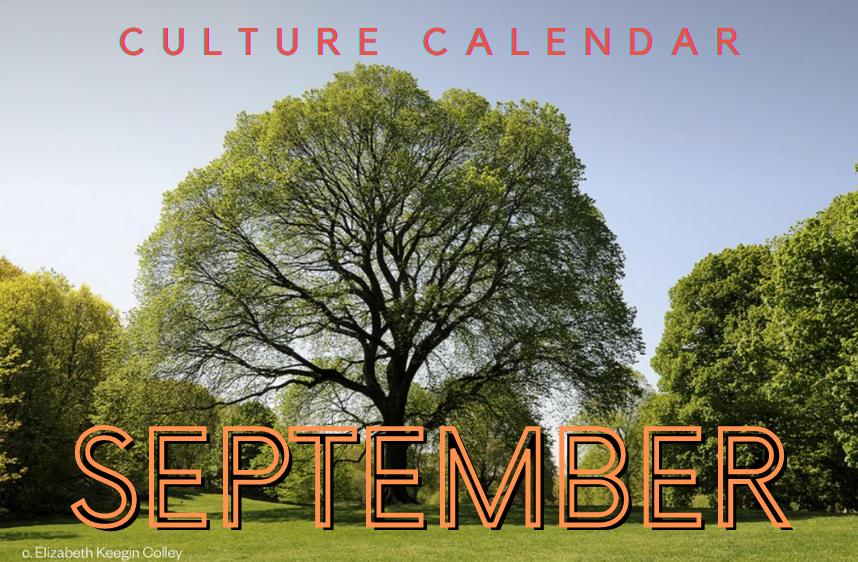 Labor Day has come and gone and here we are in back-to-school mode, a phenomenon that seems to persist no matter how long you’ve been out of school or how uncertain we are about when life will actually get back to normal around here. I was on vacation for the past 2 weeks and studiously avoiding the news, but between the reports from Afghanistan, the storm in Louisiana, the fires in Tahoe, the flooding in Brooklyn, the rising COVID death rates, and the battle to save Roe v. Wade, the end of August didn’t seem to want to give anyone a break. Now that I’m back, I’m determined to find some beauty and peace in the world in order to help me cope with this apparently permanent state of stress and, as always, exposure to art and creative expression is undoubtedly going to play a big part in how I actually pull it off. Fortunately, despite everything, there are still loads of cultural opportunities to take advantage of this September, and I’ve rounded up some of the ones that I’m planning to make time for as I head back to work again, even if it’s only a mental transition to the office and not yet a physical one. Here’s hoping some of these resonate, and that you too can find community, solace, and, most importantly right now, some *fun* (what a concept!) via the innovation and creativity that forever pulses, undeterred, through our borough and our great city.

1. Beautiful World, Where Are You 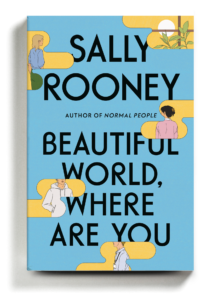 Sally Rooney’s newest title, Beautiful World, Where Are You, came out this week, and I’ve never met one of her books that I didn’t tear through inside of two days. Her new novel follows a young writer as she adapts to fame, explores a new relationship, and keeps up regular correspondence with an old friend. It’s neither here nor there, but I credit the TV adaptation of Normal People with forcing me back on the dating apps to meet my boyfriend in the middle of the most intense part of the pandemic, so I believe her work has power. 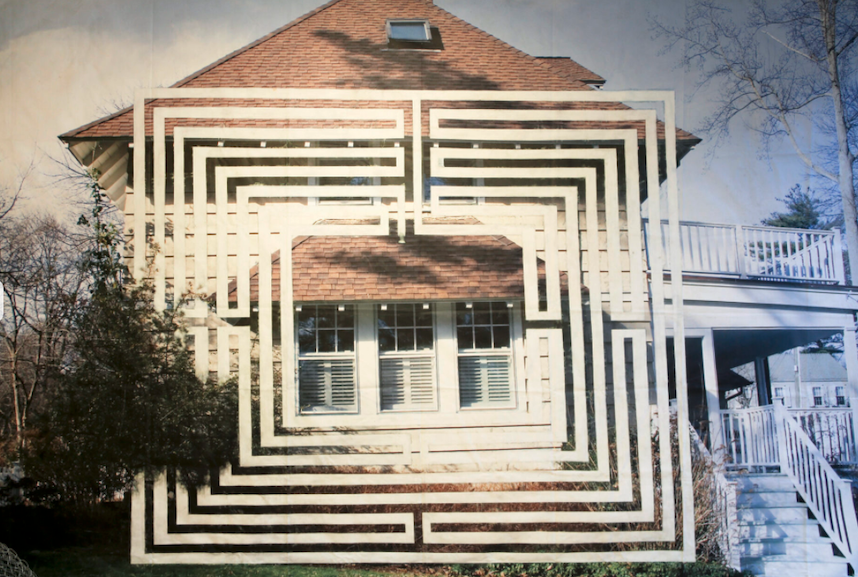 This week, Governors Island kicks off its first-ever Fall Arts Week, an opportunity to see and interact with a diverse collection of works created by more than 50 different artists that will be on display within and among the historic houses of Nolan Park and Colonels Row. The interdisciplinary exhibition, which runs through September 13, will include visual art, new media, soundscapes, sculpture, conceptual art, and more, and will explore themes of identity, memory, gender equity, the U.S. prison system, colonialism, and technology. Check the schedule before you plan your trip, as there are also some timed performances, workshops, and events on the slate as well. 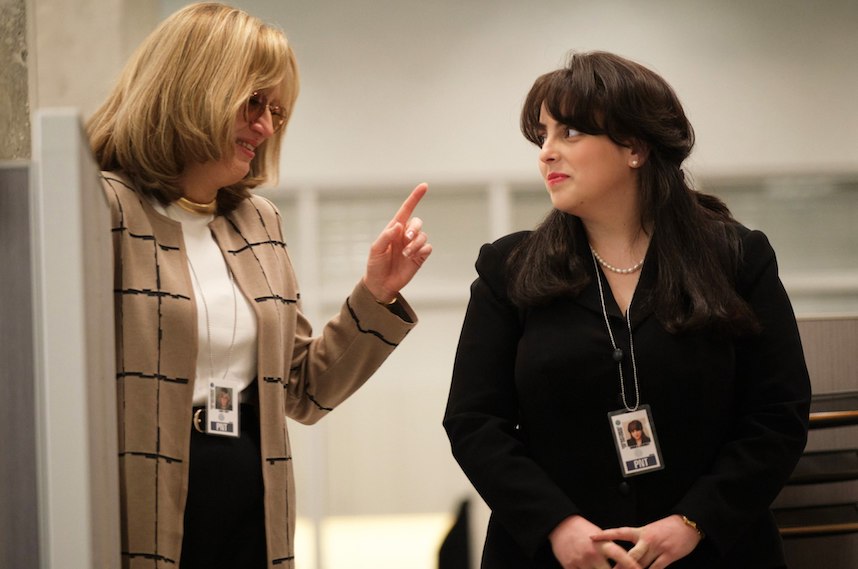 The new season of American Crime Story, which consists of a deep dive into the impeachment of Bill Clinton, is out on FX as of September 7. This kind of thing is squarely in my wheelhouse anyway, but when you throw in Monica Lewinsky played by Beanie Feldstein and that Lewinsky herself is one of the show’s producers, I am 100% on board to make this my September binge-watch.

In some incredibly confusing sleight of time passage, this month marks the 20th anniversary of the 9/11 tragedy, which feels somehow even more acute given the new hardships inflicted on New Yorkers over the past year and a half. Obviously, there is a range of personal emotions and experiences related to that awful day in 2001, and no one-size-fits-all way to acknowledge its two-decade anniversary and the thousands of neighbors and friends that it claimed, but a memorial from atop Green-Wood Cemetery’s beautiful Battle Hill, looking across to downtown Manhattan, sounds perfect to me. Memory Ground is a live 45-minute program featuring musical performances that will run in three different time slots during the day, and it is free to attend, although registration is encouraged.

Even if hot vaxx summer fell wayyy short of the hype, one good thing that came of it is that we were once again able to attend live outdoor concerts, via Summerstage and Forest Hills Stadium and, of course, our beloved BRIC Celebrate Brooklyn series in Prospect Park. This year, the bandshell will usher out this historic season NOLA style, with a free concert by Trombone Shorty and his notorious brass funk band, Orleans Avenue. NYC’s own Michelle will be the opening act, starting at 7:30. Reminder: If you can’t or don’t want to be crowded into the bandshell itself, you can always bring a blanket and a picnic and set up camp just beyond the perimeter, where you can hear just fine.

I can be a little bit of a rigid purist when it comes to the 80s and 90s pop culture phenomena that I was raised on, and I usually stay far away from reboots, but something about the new, Lee Daniels-produced iteration of The Wonder Years has definitely piqued my interest. For one thing, instead of just a warmed-over version of the old show, this project aims to offer a different perspective on the 1960s than Kevin Arnold’s, even though the real-life Fred Savage is also attached as an EP. This time around, the voice behind the nostalgic, coming-of-age family drama will be that of Dean Williams, a 12-year-old boy growing up in a middle-class Black family in Montgomery, Alabama, and Don Cheadle will narrate as adult Dean. The pilot episode of the new Wonder Years is set to premiere on September 22 on ABC, and I’m rooting for this one.

Even if everything else in the world feels shaky right now, one thing we can rely on is fall being a great time of year to be outside in Brooklyn. And, starting September 18, you’ll be able to prove that and put a new spin on forest bathing by attending “The Last Stand,” a public sound installation and experimental opera for and about trees taking place in Prospect Park. Over 10 hours, the opera chronicles the life cycle of a 300-year old Northern Red Oak using field recordings collected by artist Kamala Sankaram for this, her first public artwork. The project is produced in partnership between the Prospect Park Alliance, NYC Art in the Parks, and Creative Time, and it will be available to experience daily from 8am-6pm, through October 10.

The Brooklyn Book Festival is back for 2021 in a hybrid live/virtual form starting September 26, and although the schedule isn’t fully finalized yet, it’s worth blocking out some time now to devote to it because the lineup is pretty great. Writers like Raven Leilani, Jonathan Lethem, Alison Bechdel, Joyce Carol Oates, Talib Kweli, Lauren Groff, Katie Kitamura, just to name a few, are already slated to appear, so keep checking back for more details as the event gets closer.

Late this month, the Whitney and the Philadelphia Museum of Art will open a long-awaited, collaborative retrospective of the seven-decade career of one of the most iconic American artists, Jasper Johns. Consisting of 500 works displayed simultaneously in the two museums, the exhibition will include many pieces from Johns’ personal collection that have never been shown publicly. The show is inspired by the artists’ fascination with mirroring and doubles, and each venue’s half of the exhibition will act as a reflection of the other, meaning you can have a complete experience by visiting either museum on its own, but will get even more out of it if you spring for an Amtrak ticket down to Philly for the day in addition to visiting The Whitney (We have some Philly travel inspo to make a weekend out of it). Mind/Mirror opens to the public on September 29 and will run through February 13, 2022. 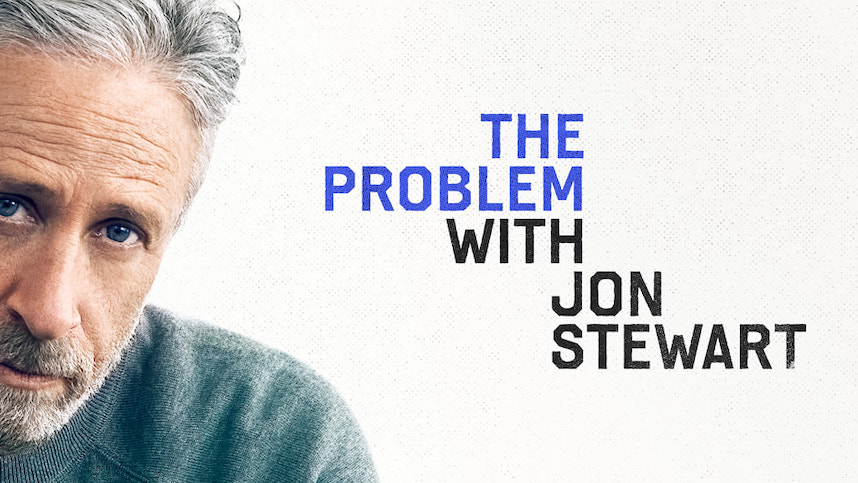 Jon Stewart left The Daily Show in the summer of 2015, and if I had a nickel for every time that I’ve thought about how much I missed him during the six years of political catastrophe that followed his departure, well. . .  I guess I still wouldn’t be able to afford to buy an apartment in this damn town, but I’d at least treat myself to some very nice dinners! The great news is that he is back, with his very own new show called The Problem with Jon Stewart, a multiple-season, single-issue current events series and accompanying podcast from Apple+, which premieres on September 30, just in time for us to ramp up our collective anxiety about the presidential election that is three years out.