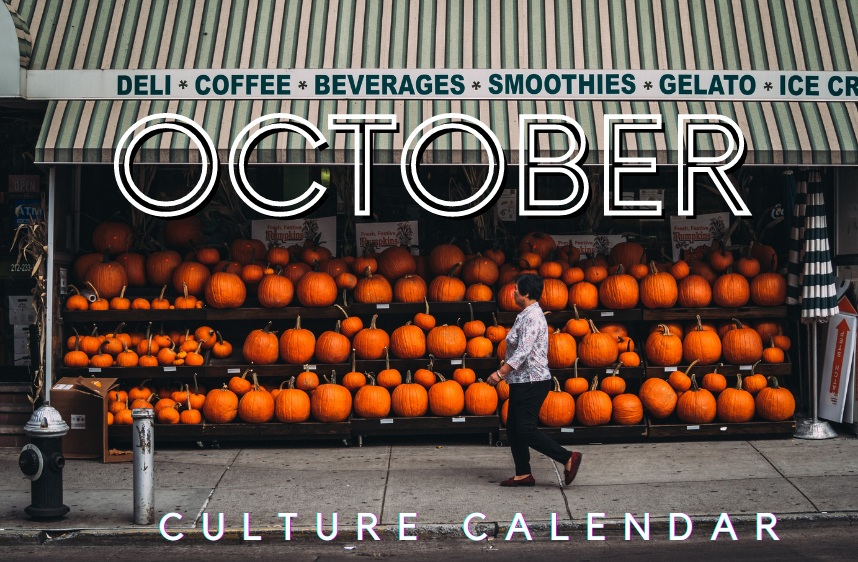 Rabbit rabbit and happy October, everybody! We may not be fully back to the frenzied cacophony of our pre-COVID lives yet, but at least Halloween is decidedly back on this year — not only is the Village Parade happening again, but more importantly so is my favorite annual event, the Great Pupkin dog costume contest in Fort Greene Park. There are lots of “returning to some semblance of a social life” developments afoot: museums, restaurants, bars, theaters, and concert venues are blazing ahead full steam, and there are suddenly a lot more options available to us than were afforded during the maddening Groundhog Day we were trapped in at this time last year. That said, I can’t say I’m clamoring to be indoors with a lot of strangers just yet, especially those unwilling to put forth a modicum of effort to protect themselves and others from harm. So, it’s a halting, timid reentry, but it’s a reentry nonetheless, and that is reason to celebrate, as is the return of the good stuff that normally marks this time of year, like apple-picking and the leaves turning and taking a hiatus from air conditioning units in favor of a nighttime breeze through an open window. Apart from those minor autumn miracles, here are some of the cultural events that I’m looking forward to this month, and not just as merciful antidotes to my rampant anxiety (although, let’s face it, that part doesn’t hurt, either). 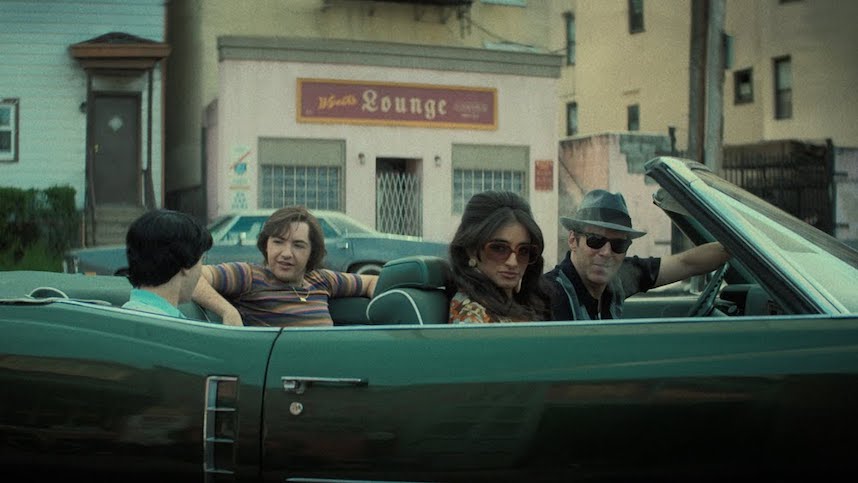 As I may have mentioned about 50 times in this particular forum (and ad infinitum to everyone else I talk to these days), I am assiduously keyed up about the Sopranos prequel, The Many Saints of Newark, which premieres today in theaters and on HBO Max. I’ve been plowing through episodes of the original series since July in anticipation of this installment of the story, and I’m astonished at how resonant and undated it feels, now over two decades out since the pilot first aired. The experience of rewatching it is fascinating, and not just because the first time around I somehow identified with Meadow (ugh) and now I’m basically Tony and Carmela’s age, or because so much has happened both in my own life and in the collective American experience in the intervening years. I’m seeing it through a different lens than I did in the aughts, and it’s one that casts the genius of David Chase and James Gandolfini in even starker relief– this piece in the New York Times articulated what is evidently a common sentiment exceptionally well. Even Manohla Dargis’ tepid review of the new movie, which was written by Chase and stars Gandolfini’s real life son as a young Tony, failed to dampen my enthusiasm for it, and it’s the first thing on my list of what to do this weekend. 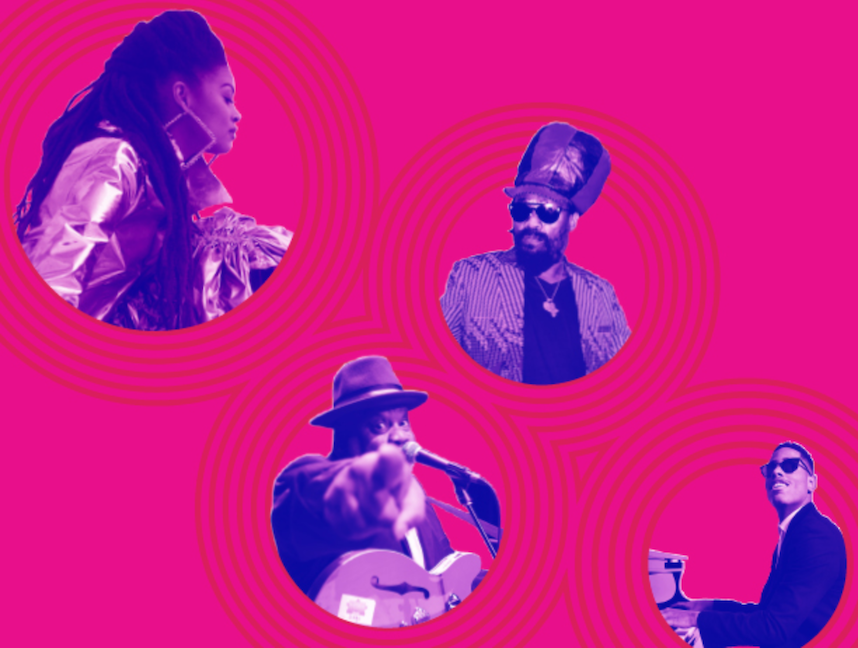 One of the many longtime local cultural traditions that got unceremoniously sidelined last year is the annual BAM R&B Festival, an outdoor concert series that has, over the course of the past quarter-century, brought acts like Wilson Pickett, Dr. John, Richie Havens, Savion and Glover to Fort Greene Park to perform for free. The series is back for its 26th year starting this Saturday, with renowned pianist/organist Matthew Whitaker playing a blend of jazz, hip hop, and soul starting at 4pm. Subsequent performances happening this Sunday and next weekend will feature Mykal Rose, Stew and The Negro Problem, and Valerie June. 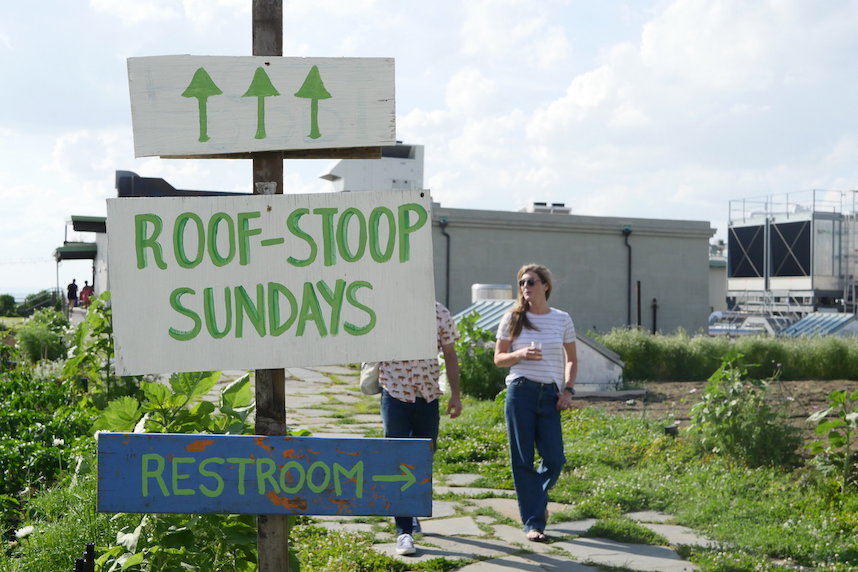 The Brooklyn Grange rooftop farm in Industry City recently released its October schedule of Roof-Stoop Sundays, which are casual meals made by guest local chefs using ingredients sourced directly from the farm. This month’s talented slate includes chefs from Egg and Cosme, and tickets for the noon or 4pm slot give you time to savor delicious food and drinks while enjoying spectacular views of the skyline and New York harbor. Normally, these things sell out pretty quickly, but there are tickets available for all but one of the dinners as of press time, so you should get on it if you are so inclined.

4. Anthony Doerr at The Center for Fiction, Oct. 5 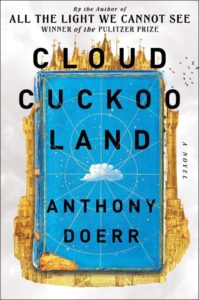 If you’re not totally maxed out on author events after The Brooklyn Book Festival concludes this weekend, take note of the fact that Anthony Doerr, whose WWII novel All the Light We Cannot See won a both Pulitzer and the prestigious most-frequently-spotten-by-me-on-the-R-train-in-2014 award, will be appearing to promote his latest title at the Center for Fiction on Monday, October 5. Cloud Cuckoo Land, which was released earlier this week, is about four children whose lives span different centuries but who are connected by their fascination with the ancient story of Aethon, who longed to be turned into a bird to escape to a utopia in the sky. The reading is in-person and the $35 ticket price includes a signed copy of the book. 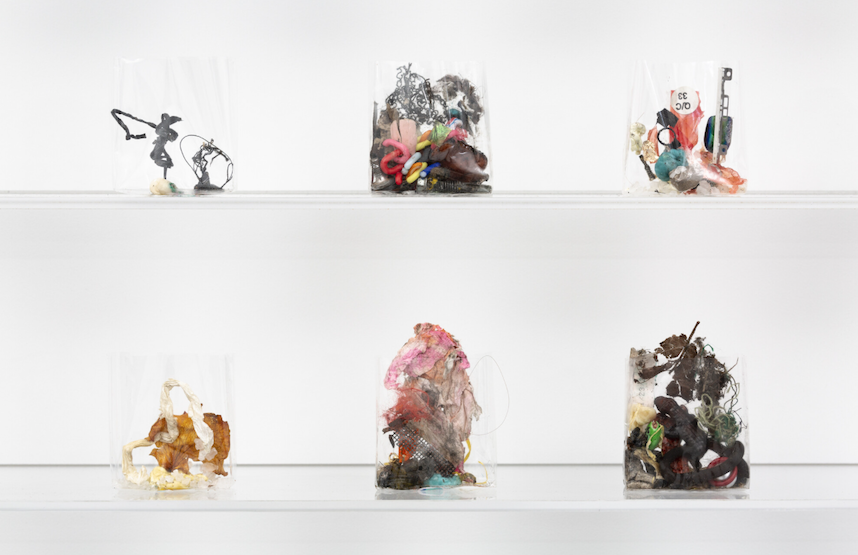 Last year, MoMA PS1’s signature survey of artists living and working locally, Greater New York, had to postpone its fifth edition because of the pandemic. Now, the quinquennial (TIL that’s the word for something that occurs once every 5 years) exhibit is back, featuring work from 47 artists and collectives that showcases the resilience of the city and its artistic communities during this profoundly transformative time in our history. The show opens on October 7 and runs through April, and sounds like it’s more than worth the trip to Queens. 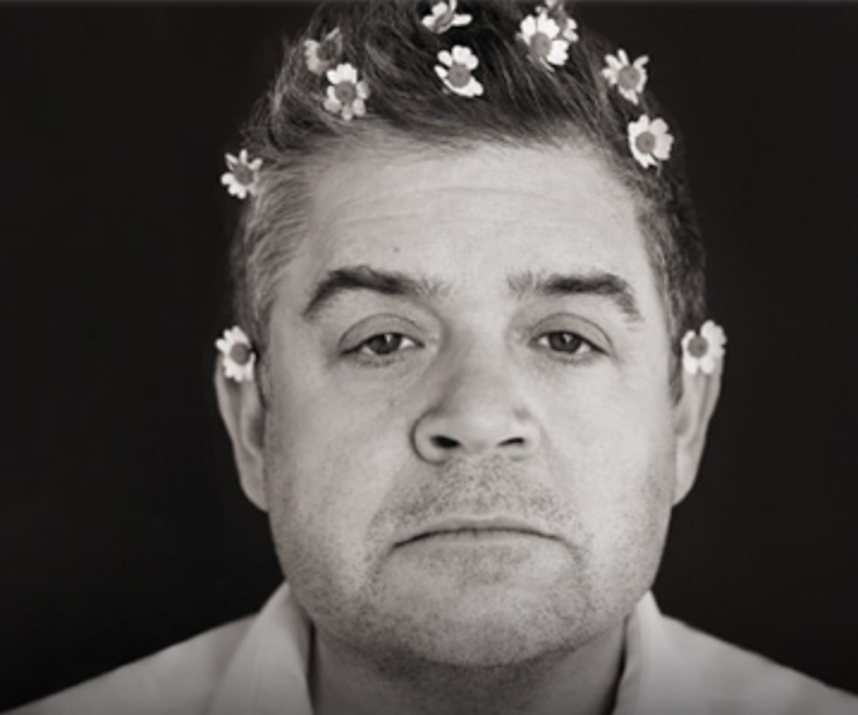 The chance to see Patton Oswalt perform live in Brooklyn would be an exciting prospect anytime, but when you throw in that we’re on the tail end of an 18-month lockdown during which in-person standup shows became distant memories from a bygone era, his upcoming set at Kings Theatre feels like an absolutely can’t-miss engagement. There are still tickets available to see the show, which is aptly titled “Who’s Ready to Laugh?,” but they’ll probably sell out soon.

Sure, sure, we’re all going to watch the long-awaited third season of Succession when it airs on HBO this month, but if you’re looking for something else to get into while you wait you might consider Dopesick, a new limited series premiering on Hulu on October 13. Based on journalist Beth Macy’s bestseller of the same name, this show delves into the far-reaching impact of the opioid epidemic. The star-studded cast includes Michael Keaton, who plays a doctor in a Virginia mining town convinced that OxyContin isn’t addictive, along with other big names like Kaitlyn Dever, Peter Sarsgaard, and Rosario Dawson. While this doesn’t exactly sound like uplifting viewing, it’s likely powerful and very well-acted, and it might be a good way to bring yourself back down to earth after subjecting yourself to the craven antics of the Roy family yet again. 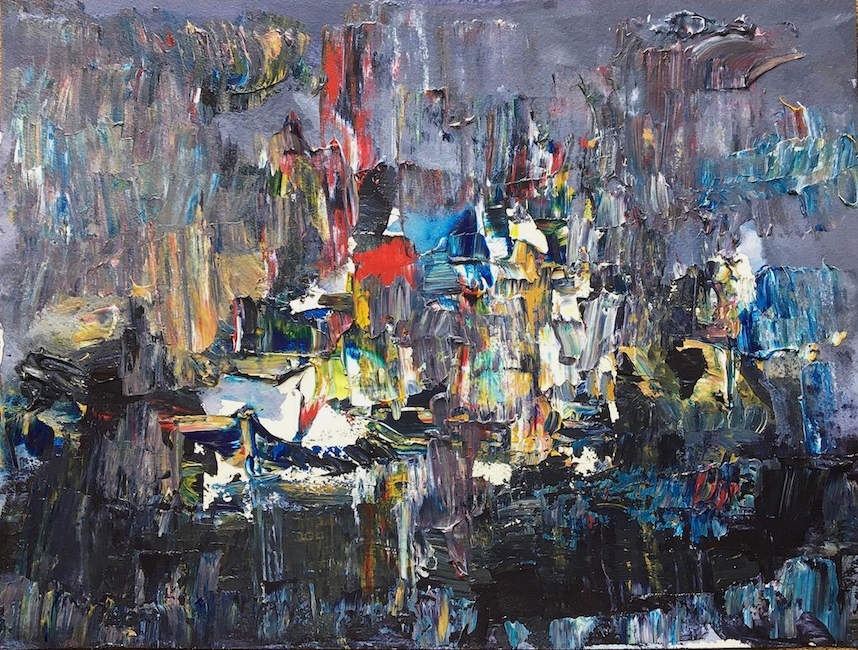 On the weekend of October 16 and 17, some 400 artists with studios clustered around the Gowanus Canal between Atlantic Ave. and 20th Street will fling open their doors to welcome the public in for the 25th annual Gowanus Open Studios. This is a great opportunity to spend a beautiful fall day walking around outside, meeting local artists, mingling with other art lovers, and maybe even picking up a piece to perk up the apartment you’ve gotten so sick of being stuck inside. A full directory of participating artists and a map of their studios will help you plan out your day, and if you’re looking for a midday snack I’d advise you to run, don’t walk to the tuna melt at nearby Runner + Stone.

I haven’t ventured back to a Broadway show yet, although I know plenty of people who’ve jumped at tickets for big shows like Hamilton and Waitress, which are still much easier to get your hands on than they were in the before times (but still outlandishly overpriced). To be honest, I was never much of a fan of musicals, and I’m not sure I’m up to face the throngs at the TKTS booth yet. That said, the off-Broadway production of Nollywood Dreams, a new play by Jocelyn Bioh and directed by Saheem Ali about actors who are vying for stardom in Nigeria’s film industry in the 1990s, sounds like it might be just the right speed for me at the moment, and it’s a comedy. Previews open on October 21, with the run currently set to end in mid-November.