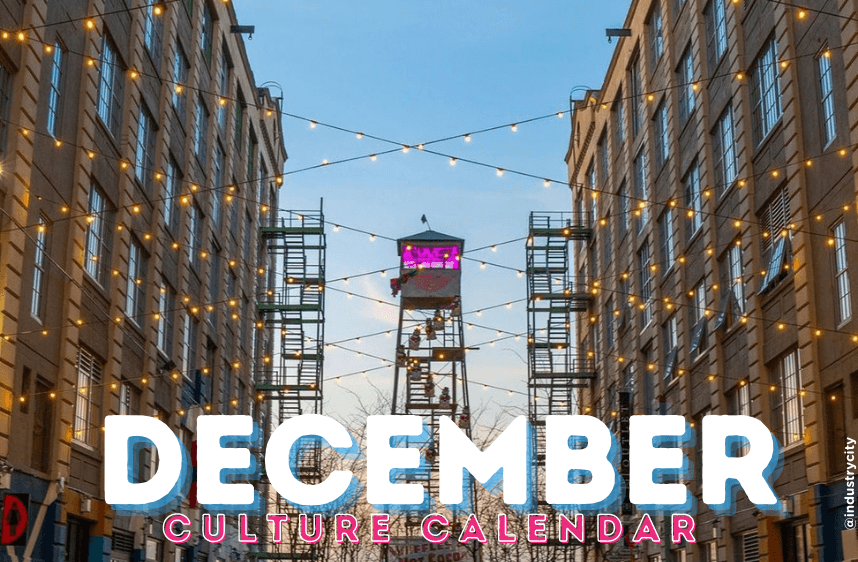 Somehow, some way, by the grace of god and with special thanks — in my case anyway— to Pfizer, The Sopranos, edibles, and elastic-waisted pants, we have made it to the final month of this godforsaken year 2021. Yes, I’m terrified of the Supreme Court and the new variant, and also yes, I am sticking my head in the sand on both of those for a minute to just revel in the fact that we are all still getting out of bed every day, actually taking showers and getting dressed on some of those days, and going hard in the face of staggering adversity and uncertainty.

Despite the lingering scaries plus the new ones hitting the scene, things still feel leaps and bounds better than they did last December, and it’s shaping up to be a much more normal holiday season, even if no one’s presents are going to arrive on time and if they do they will likely be stolen off your stoop. If there’s one thing this city knows how to do right, it’s Christmastime, and all the old standbys are back this year: the Dyker Lights, the tree in Rockefeller Center, the Rockettes, the Nutcracker, the ice skating, the train show, and even, regrettably, Santacon. Even New Year’s Eve feels like it might be a banger, and whether you plan to watch the ball drop in Times Square or be as far away from that Omicron-infested port-a-potty depot as you can possibly get, here’s hoping you take a minute at 11:59 to toast yourself for the remarkable resilience, adaptability, and good humor you were able to call up in a year that pushed all our buttons and refused to behave. We deserve to expect a hell of a lot more from 2022, but also to genuinely make this a December to remember (a line that I actually think I just stole from a Toyotathon commercial?? Ugh). To that end, here are some of the cultural events happening this month that will help us through this final push to a calendar reset and fresh start. Happy holidays to all and for the love of Pete please bring on 2022! 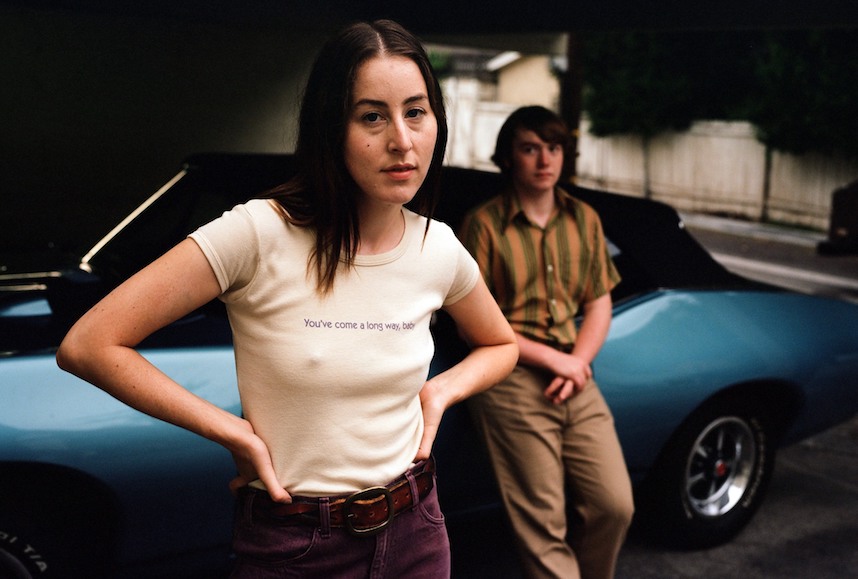 I haven’t seen Paul Thomas Anderson’s latest movie, which opened in select cities last week and will be released nationwide on Christmas Day, and tbh I don’t want to read too much about it because I don’t want to spoil it. That said, what I do know has me convinced that Licorice Pizza will be in the running for my personal favorite movie of 2021. A coming-of-age love story set in 1973 LA, directed by PTA, and starring Philip Seymour Hoffman’s son and one of the Haim sisters? Yes, please, and f I’m being totally honest, you had me at “it’s about 70s teenagers.” I’m going to try to catch it this weekend at the Alamo Drafthouse, which will be the first time I’ve set foot in a movie theater in what feels like an eternity and I can’t wait. 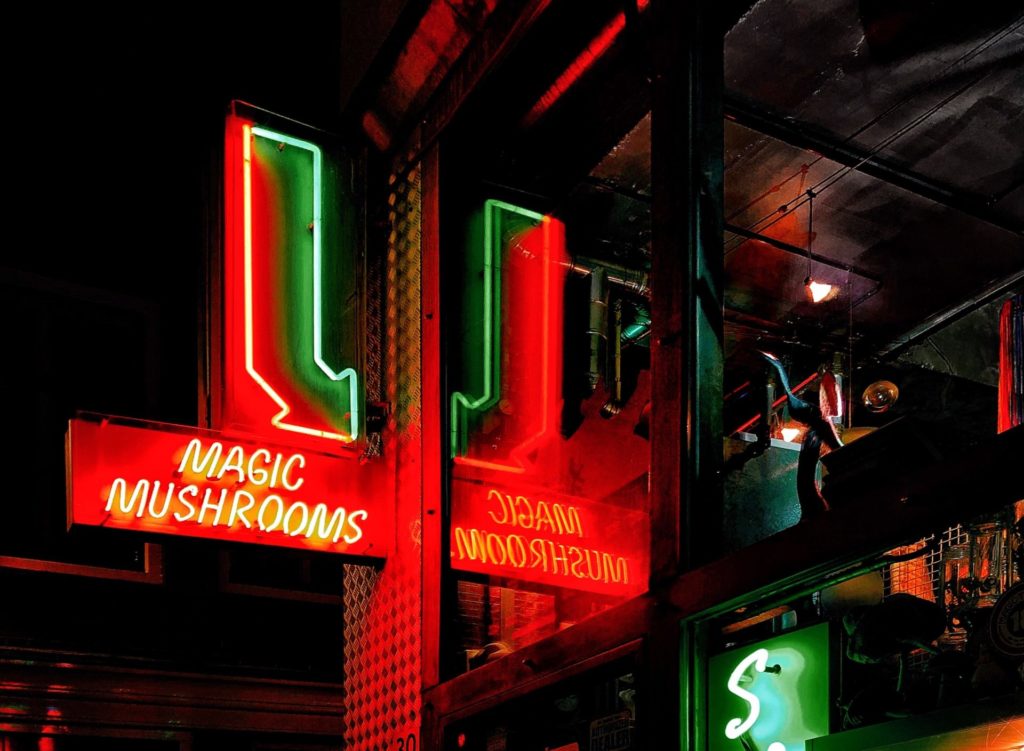 Photo by Marcus Loke on Unsplash

Spending 10 hours a day communing with my laptop has made me pretty fanatical about getting a long walk in every evening, and to keep it interesting I’ve been firing through podcasts like a champ. Naturally, when I read that New York Magazine was launching a new investigative podcast called Cover Story, I was all in, and I was even more intrigued when I learned that the entire first season is about the dark side of psychedelic therapy. The first of eight episodes dropped on November 30, and to my delight, it’s hosted by the exceptionally engaging Io Tillett Wright, who fellow podcast heads might recognize from The Ballad of Billy Balls. 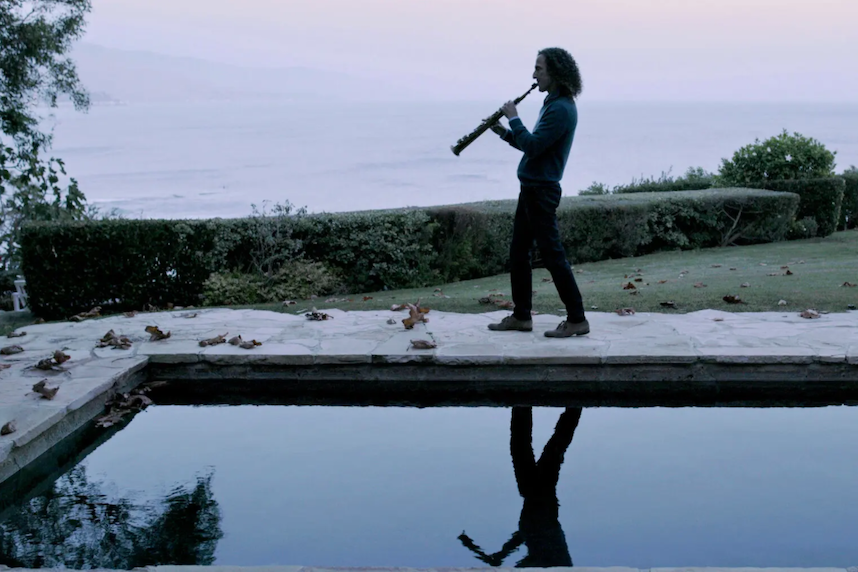 Speaking of podcasts, my favorite will always be The Best Show with Tom Scharpling which, among other things, consistently introduces me to great music, movies, and TV shows that I might otherwise miss. The latest example of that is a new documentary called Listening to Kenny G, which I learned about last week when its director Penny Lane was a special guest on the show and immediately moved her movie to the top of my “to watch” list. To be blunt, the movie digs into the question of why so many people so vehemently despise a saxophonist whose extraordinary success is objectively undeniable. Luckily, Kenny himself is a totally willing participant in the inquiry, which dispels any potential discomfort and leaves the audience free to contemplate the vagaries of music criticism and the strange importance we place on our subjective ideas of what constitutes good taste. Listening to Kenny G premiered on December 2 and is streaming now on HBO Max.

If you’re a fan of The Moth Radio Hour, take note of the upcoming Mainstage event taking place at St. Ann’s Church on Thursday, December 9. A curated slate of five especially gifted storytellers will take the stage to share personal stories that they have been honing to perfection with the help of The Moth’s directors, and it’s sure to make you laugh, cry, and be overwhelmed with gratitude that you can once again experience a real, in-person connection with utter strangers.

On December 10, Stephen Spielberg’s adaptation of the classic saga of forbidden love, West Side Story, hits the big screen, and early reviews make it sound like it just might be worth venturing out to see it, even if you haven’t seen the inside of a movie theater since COVID hit. I’m unrepentantly not into musicals, but even I spent a decent part of my childhood prancing around my parents’ living room trying to snap my fingers threateningly enough to be a Jet or a Shark, so there was never a world in which I wouldn’t see this. Knowing that Tony Kushner adapted the screenplay is just the cherry on top.

On December 11, Oscar-winner Spike Lee is appearing at BAM, which is just blocks from his production company in Fort Greene, to celebrate his new book, SPIKE. With him will be his brother David Lee, Spike’s official on-set photographer, and the book is full of hundreds of never-before-seen-pictures of the acclaimed filmmaker at work in Brooklyn and in his everyday life. The event is a rare opportunity to hear first-hand about the life and career of one of our most talented and influential neighbors, and tickets start at just $15. 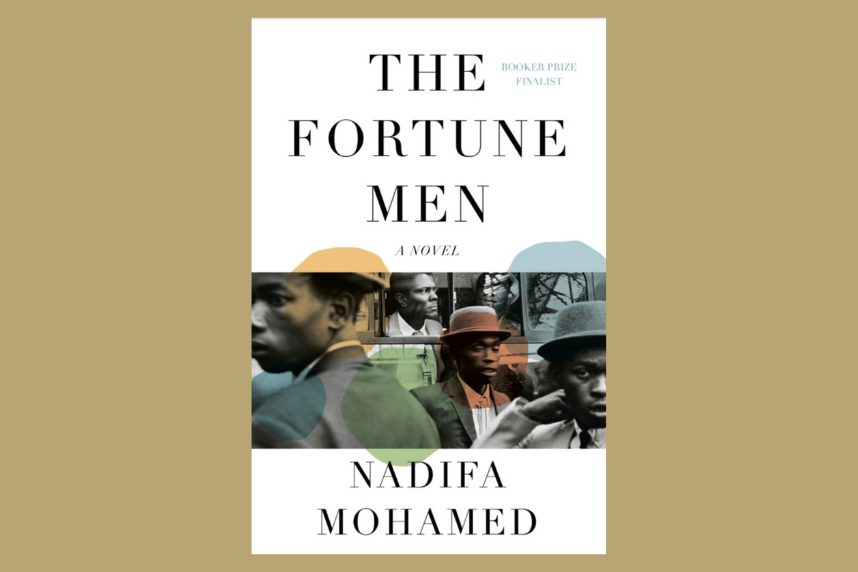 I confess to being a total sucker for the best-of-the-year lists that proliferate in November and December, particularly the ones that give me ideas about which books to both ask for and give for Christmas. This year, I’ve got The Fortune Men by Somali-British writer Nadifa Mohamed on my radar, and not just because it was shortlisted for the Booker Prize. The novel is grounded in the true story of Mahmood Mattan, a Somali sailor who was falsely accused of murder, subjected to racist persecution, and ultimately executed in Cardiff in 1952. It sounds gripping, devastating, and like just the kind of thing to curl up with on a frigid winter weekend.

Photo courtesy of Bettina May

If you’ve never had the opportunity to see a performance by Murray Hill, the larger-than-life “drag king of comedy” and NYC institution who also goes by Mr. Showbiz, this year’s return of his legendary holiday show at Joe’s Pub is a great time to remedy that. For one thing, you are guaranteed to laugh and get into the Christmas spirit with Murray and special guests like Bridget Everett and Ike Ufomandu. For another, the poor guy could really use some love right now, as his apartment and all of his belongings (including his amazing collection of custom-made suits) were destroyed in a fire on Thanksgiving Day, which also happened to be his 50th birthday. The show must go on though, specifically from December 14-18, so buy your tickets to A Murray Little Christmas now before they sell out.

9. The Search for Signs of Intelligent Life in the Universe, Dec. 21 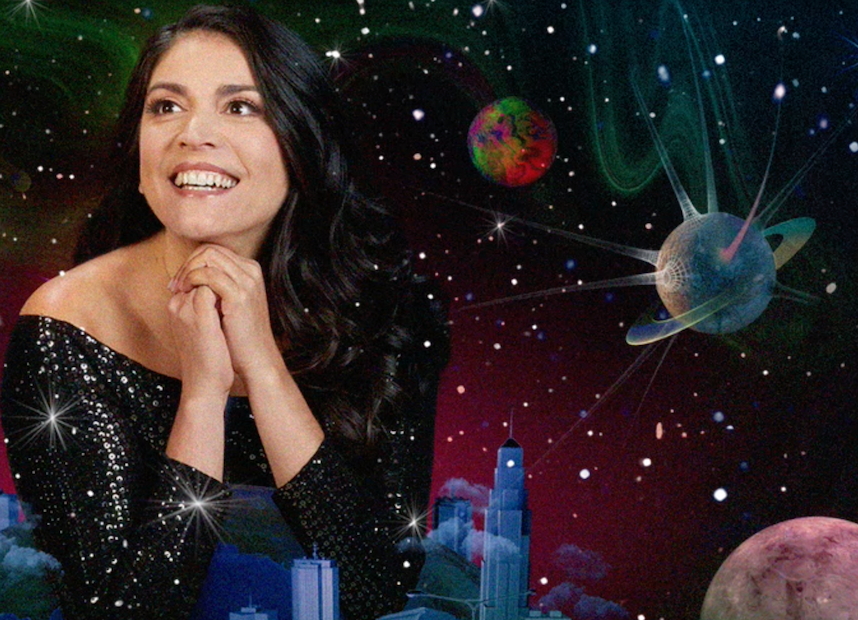 The much-anticipated revival of The Search for Signs of Intelligent Life in the Universe, the iconic one-woman show written by Jane Wagner in 1985 that originally starred Lily Tomlin, opens in previews at The Shed on December 21, and if you’re interested we suggest that you snap up tickets now. The new production stars SNL’s Cecily Strong in her New York theater debut, and it’s directed by Tony nominee Leigh Silverman. Wagner’s insightful examination of American society, art, humanity, and feminism caused quite a stir when it came out nearly four decades ago, and the evergreen themes are just as relevant now as they were then. 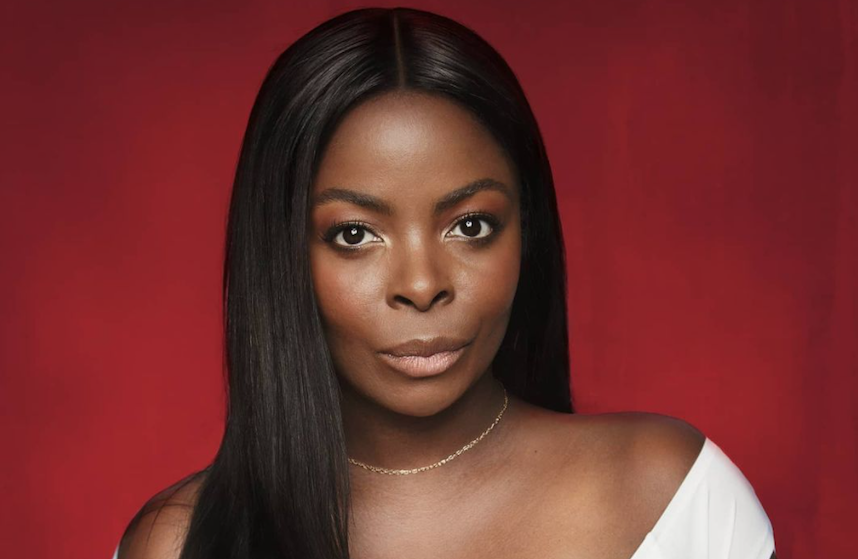 Live comedy is really back now, and it’s high time we all get out there and see some of it because otherwise we’re in danger of slipping irretrievably into hellish despair with just one 3am glance at Twitter. Why not start by checking out the Janelle James Comedy Festival, which returns to The Bell House for its third year over two nights starting on December 28? Guests are still being added to the lineup, but with already confirmed appearances by the likes of Michelle Buteau, Roy Wood Jr., and Emmy Blotnik you can be sure you’ll get all the laughs you need to propel you right on through to the New Year.