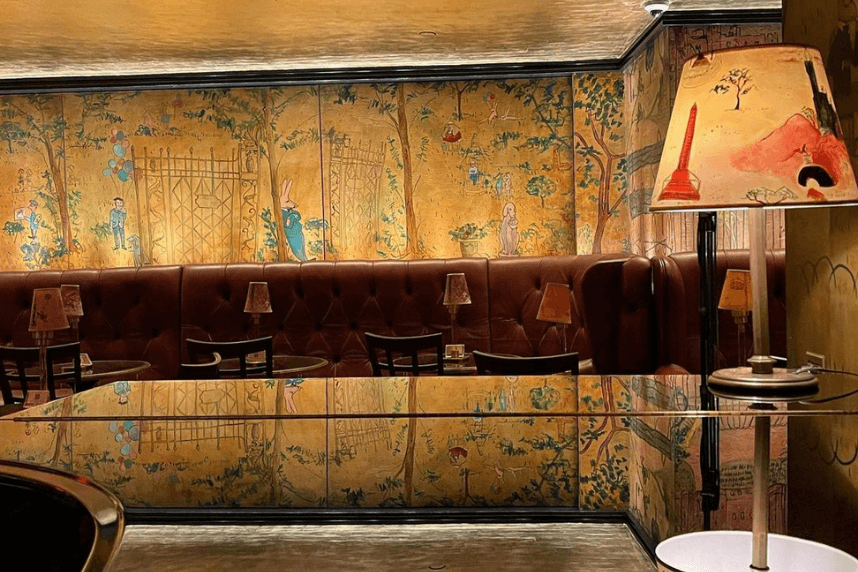 On a recent Wednesday evening, I was standing in line for over 30 minutes behind a velvet rope, waiting for the kind-hearted bouncers to let me into one of the hottest bars in town, and also coincidentally, one of the oldest. Bemelman’s Bar in the Carlyle Hotel has been rediscovered by a youthful clientele, enraging the old guard who doesn’t want to wait for their martinis. “For many young people,” reported the New York Times, “the traditional institutions of the city that survived the pandemic now symbolize a rich history and resilient spirit.”

Strange as it may seem, I had a difficult time distinguishing between the youth and the elder statesmen at Bemelmans. At first glance, you’d think the place was crawling with 20-somethings, all decked out in combat boots and “shackets”, but the tell was how the ladies clutched the railings as they gingerly stepped down the stairs, and when the light hit their dynamically-filled faces just right, the skin pickled, preserved and pressed until no wrinkles remained.

Whether mutton or lamb, each party can appreciate the whimsical illustrations decorating the wall at Bemelmans, drawn by Ludwig Bemelman, author/illustrator of the children’s book classic, “Madeline.” The boisterous energy is amplified by the charming piano accompaniment, the expensive martinis and tiny trays of bar snacks, including gourmet Cheez-Its. As we were ushered inside, the maître d’ asked us to stand by the piano “before he had a nervous breakdown” and then politely helped the swarm of clientele asking for different seating. The dim romantic light, the gentle tinkle of piano keys, and the effects of a double martini made the room feel like a set from a movie, a period piece about the “good old days” of NYC, that everyone, whether young or old, is now nostalgic for.

It’s nice to remember a time when people could gather without fear of sickness, and take comfort in the classics. If the Omicron variant has you going out less, make the times you make the effort worth the risk.

Here’s a round-up of other landmarked restaurants and institutions in Brooklyn and Manhattan to add to your bucket list in the new year. 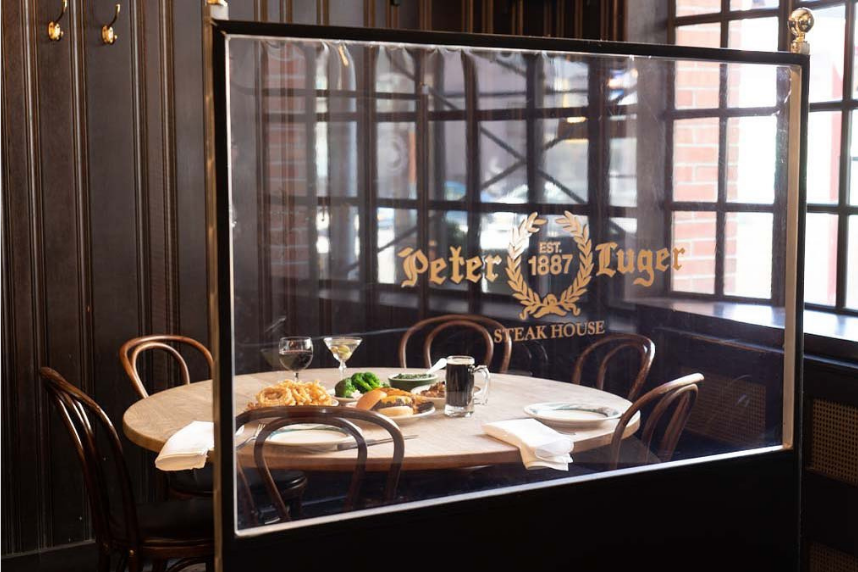 A historic steakhouse in Williamsburg (established in 1887), Peter Luger’s is the kind of place visiting parents take their kids on graduation day. Even before Brooklyn became trendy, fans would cross the bridge to get a taste of their Michelin-starred steaks. Now you can buy their beef or sauces to bring home with you, but still, nothing beats the experience of dining in the oak-paneled establishment, where generations have eaten before, and where credit cards are still not accepted. 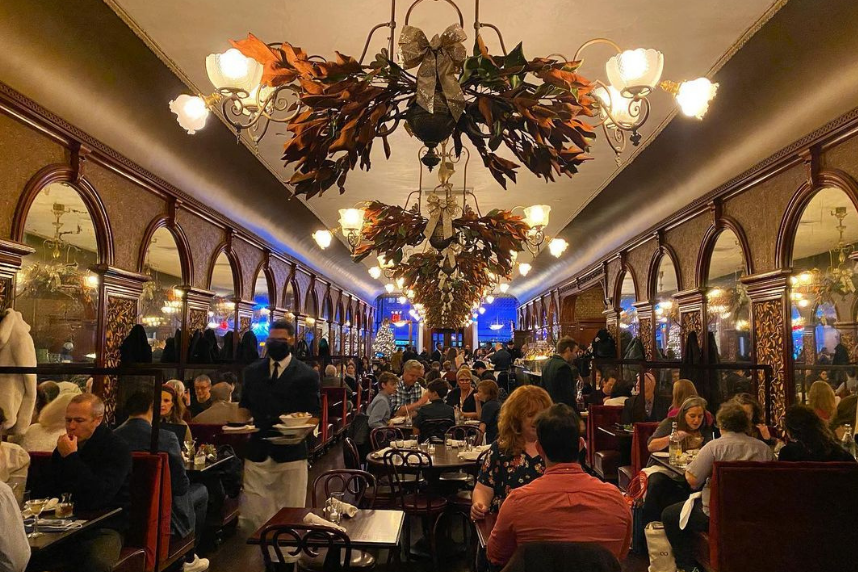 Originally opened in 1879 and then painstakingly restored for 2020, Gage & Tollner is built on a love of craftsmanship and history. (Brooklyn Based writer, Kara Zuaro, wrote about the long renovation process here.) Chef Sohui Kim of The Good Fork and Insa, her husband, designer and builder Ben Schneider, and beverage director St. John Frizell of Fort Defiance came together to create something new and nostalgic with a menu inspired by the original of oysters and chops and classic gimlets and sours to a clientele who may never have tried a Harvey Wallbanger before, in a landmarked building that celebrates the borough’s long foodie history. Upstairs, the newly opened Sunken Harbor Room hideaway bar serves up tropical drinks in a tiki atmosphere. 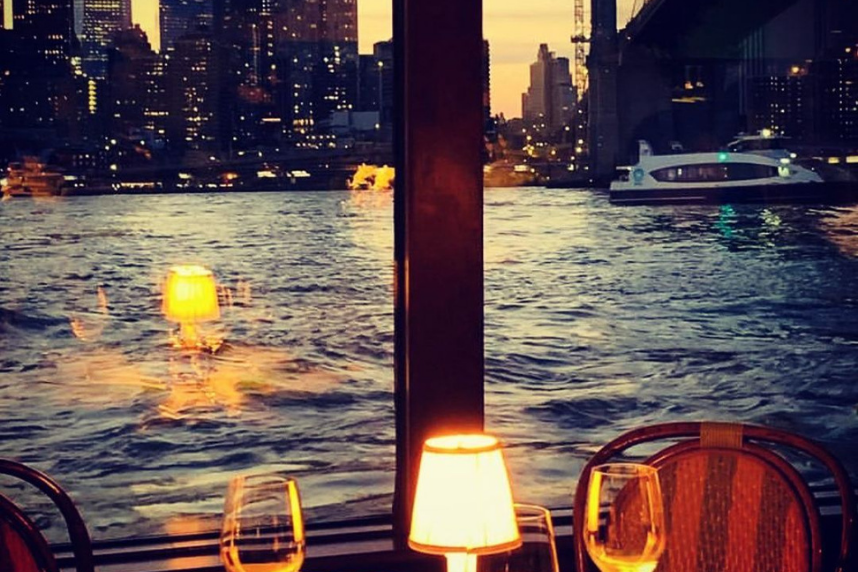 First of all, men must wear jackets to enter this restaurant, and they will be turned away without one. Ties are preferred. The price is almost obscenely expensive. The wine list is exhaustive. The menu is fussy. But this restaurant has been a Brooklyn institution since it opened in 1977. For a pretty penny, you can arrive by car through the cobblestone driveway, and enter what has been called one of the most romantic restaurants in the world, and enjoy the unparalleled view of Manhattan. 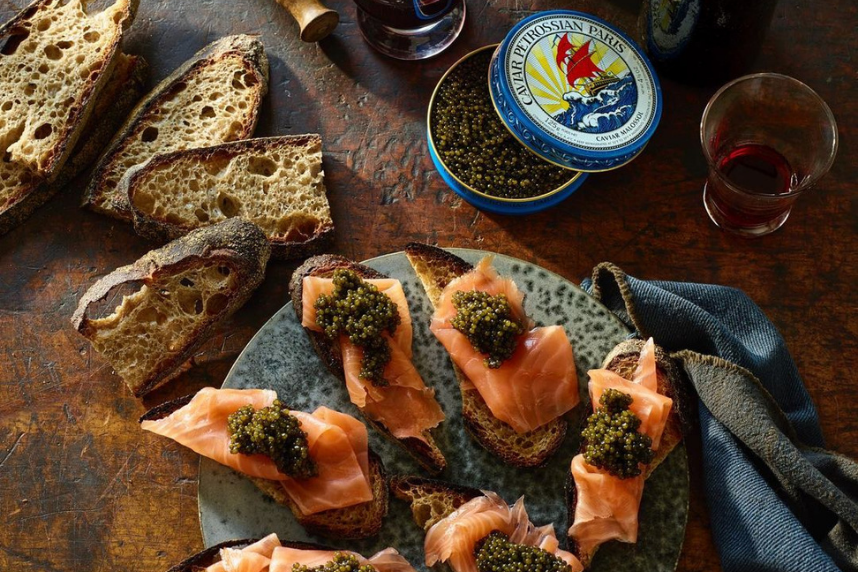 Although Manhattan has quite a few places to get your fancy on, when I’m looking for caviar, I enjoy the tiny Parisian cafe style of Petrossian cafe. The tiny splattering of tables in the back feels like a secret spot to indulge in a tasting of caviar, complete with blinis and creme fraiche, and a glass of champagne. There are other choices on the menu, but sticking to the old-world classics is never a bad idea. 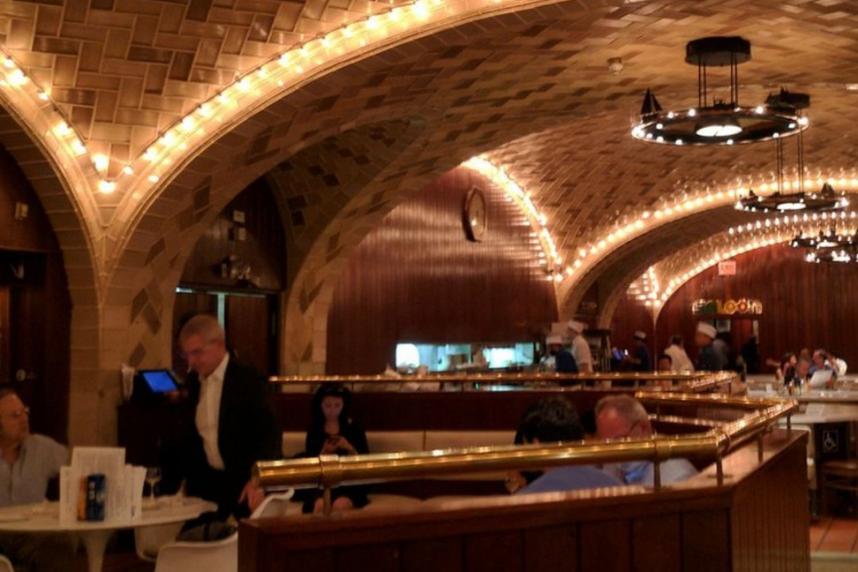 There is hardly an institution more revered than Grand Central Station and the oyster bar is possibly the most New York of New York places to enjoy some seafood. As bizarre as it is to sit in a train station and enjoy over 30 kinds of oysters while sipping on some expensive wine, somehow it works. Note that the restaurant is only open during the week, (probably to accommodate commuter schedules) but regardless, it’s never necessary to travel to Midtown on a weekend. 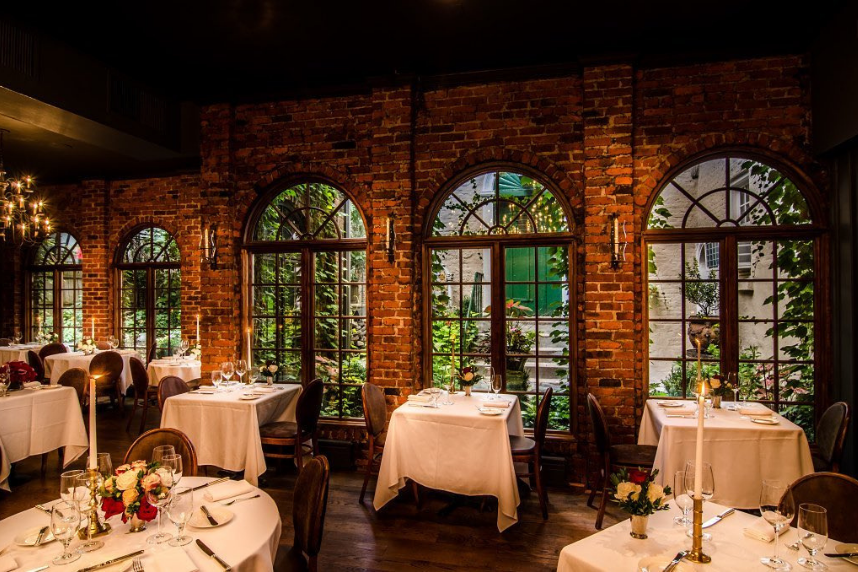 One if By Land, Two if By Sea, 17 Barrow St., Greenwich Village

Consistently named one of the most romantic restaurants in New York, One If By Land is also one of the most beautiful. Chandeliers, exposed brick walls and white table cloths give the restaurant an old-world feel that is amplified by operating inside a landmarked, historic 1767 carriage house. The restaurant itself opened in 1973. And although it’s certainly the perfect place to announce an engagement, it’s also a pretty place to just have a special brunch. 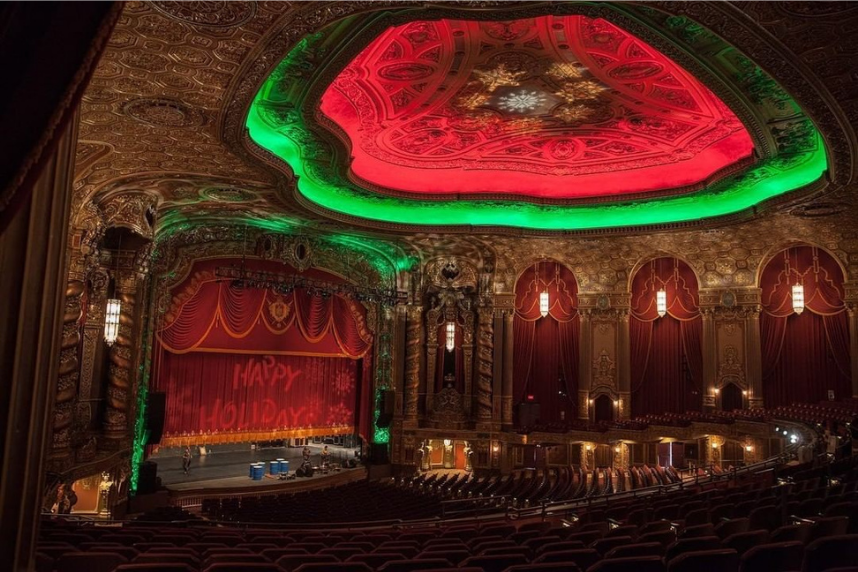 If it is performances you are looking for, Brooklyn has two impeccably renovated theaters to choose from. Kings Theater, a vision of red velvet that was built in 1929 was one of the original “Lowe’s Wonder Theaters,” a mammoth ornate movie and theater house that reopened in 2015. (Brooklyn Based writer, David Chiu, wrote all about the renovations and the reopening here.) The eclectic lineup has something for everyone from concerts to dance performances to backstage tours. 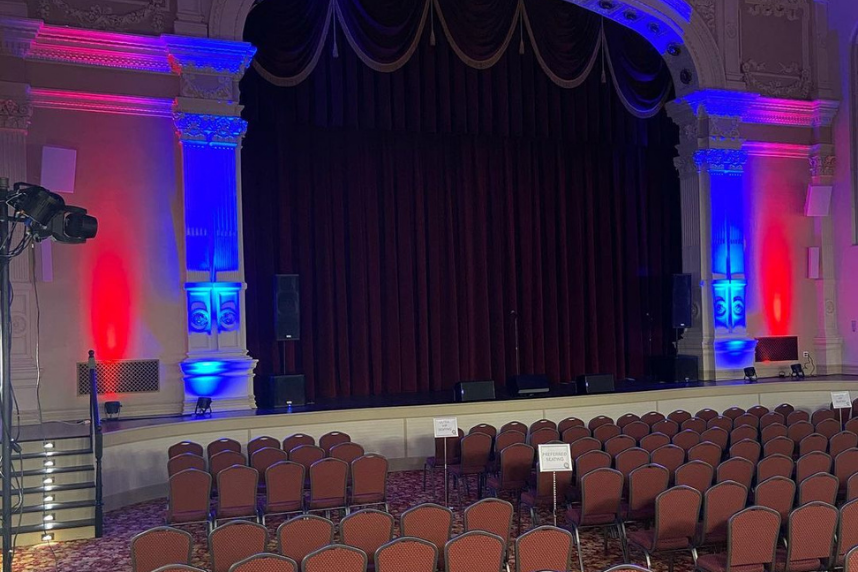 This week saw the opening of a 125-year old opera house in Williamsburg, owned by the Emmaus Center, and part of the Saints Peter and Paul Church it is connected to. The 600-seat theater is now the 4th largest venue in Brooklyn, according to Brooklyn Magazine. Expect holiday pageants, movies, and also concerts. Jonathan Richman is on the schedule for February.