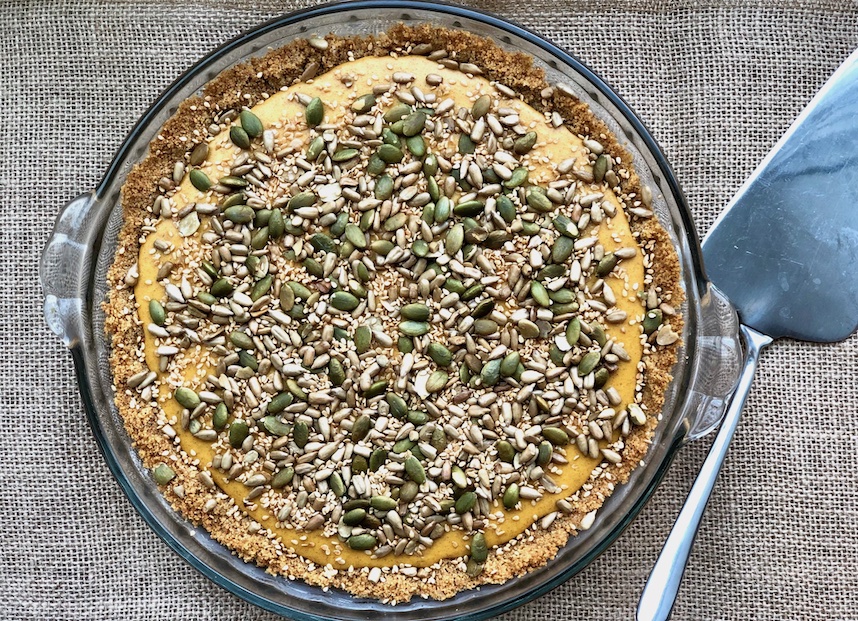 For those looking for something a little more savory when it comes to pumpkin pie this season, Jamie Erickson, founder of Poppy’s Catering and her execute pastry chef Caren Tommasone, are offering up a Pumpkin Goat Cheese Pie you should definitely check out. A cross between pumpkin pie and cheesecake, the addition of goat and cream cheese make this recipe a creamier, tangier version of the classic pie. It’s finished with a mix of toasted seeds, giving it a nice crunch and texture without adding sweetness.

When creating this recipe, Tommasone said she “wanted to make something that wasn’t as expected at the Thanksgiving table. Everyone brings the same usual suspects (in multiples), and I think making a pumpkin pie/cheesecake hybrid is a refreshingly welcome alternative. I think the toasted seed mix elevates it, gives it a modern update, and helps it stand out amongst the other desserts.”

I would agree that the tangy pie is a pleasant surprise and I loved the earthy look and texture of the seeds, almost like a trail mix on a pie which made it feel somewhat healthy. The recipe was easy to follow and uses a simple graham cracker crumb crust for those who are intimidated or just don’t have the time to invest in making pastry crust from scratch. But if you’d rather purchase a readymade pie, Poppy’s is taking Thanksgiving orders through Friday, November 22. 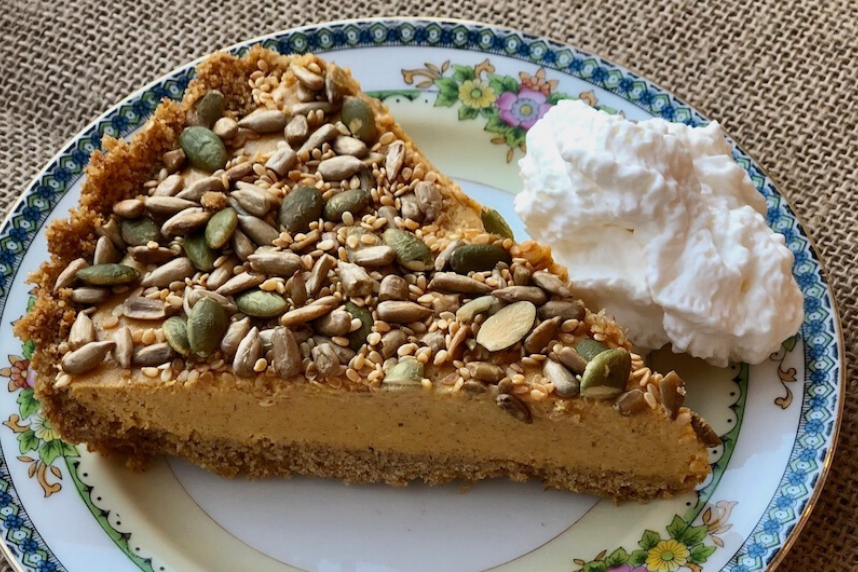 2.  For the topping: Line sheet tray with parchment paper. Spread seeds evenly on sheet tray and toast in oven for 5-10 minutes or until golden.

3.  For the crust: Mix all ingredients until combined.   Press dough evenly into and up the sides of your pie plate (approximately 1/4'' thick all over). Bake 5 minutes or until golden brown. Set aside to cool.

5.  Pour mixture into crust and bake for approximately 15 minutes or until edges are puffed and there's only a slight jiggle to the filling. Top with a mix of toasted seeds.