Caroline Fidanza, owner of Saltie, provided us with the recipe for her take on a bahn mi, the Balmy, using leftover turkey. As far as we’re concerned, this could be the main course at Thanksgiving. 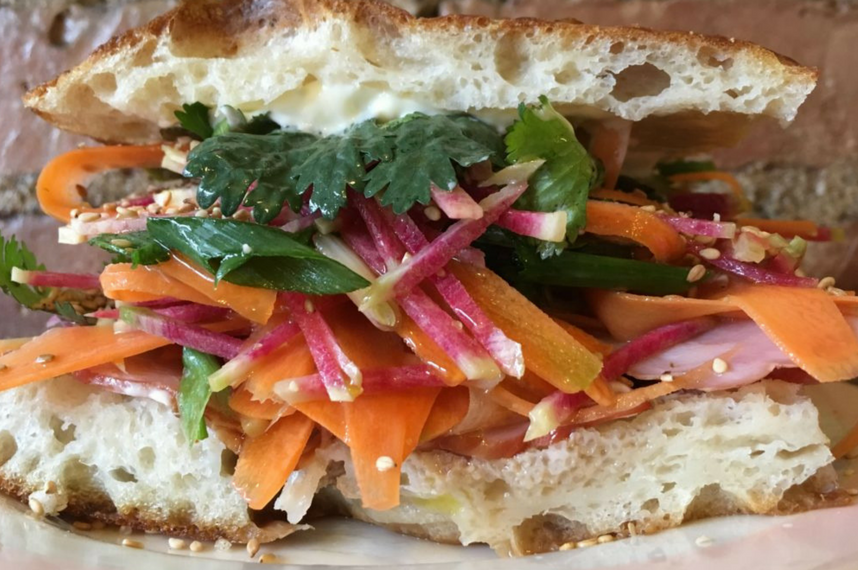 4 pickled jalapeños, seeded, cut in half lengthwise, and sliced into thin strips

1 cup chicken liver mousse, buy it or use the following recipe

Butter, have a pound ready

For the chicken liver mousse:

Double the recipe and serve as an app at Thanksgiving, too.

Heat four ounces of butter in a large cast iron skillet until it sizzles. Add the onion, shallots, garlic, thyme and star anise to the butter, season well with salt and turn heat to medium-low. Allow the mixture to slowly and deeply caramelize.

Drain the chicken livers through a strainer and lay them out on paper towels to dry. Look over the livers and remove anything unpleasant. Season the livers well on both sides with salt and pepper.

Heat the same or another large cast iron skillet and cook the livers on high heat in a combination of olive oil and butter (about three tablespoons of each to start). Cook the livers quickly in small batches being sure not to overcrowd the pan so that they can brown on the outside but remain pink on the inside. Transfer the cooked livers to a bowl.

Deglaze the pan between batches with sherry vinegar and pour over the livers. Finally, when all of the livers are cooked, use the brandy to deglaze the pan and add it to the rest. Allow everything to cool.

Once the livers and onions are cool, puree them in a food processor. Put everything in at once and let the motor run--you want it to be smooth. Season with sherry vinegar, salt and pepper.

Chill. Can be made up to a week in advance.

For the pickled carrots:

Slice the carrots as thinly as possible, either into rounds or on the diagonal (bias). Put in a large heatproof bowl.

In a saucepan, combine the vinegar, water, sugar, salt and spices and bring to a boil over medium/ high heat, stirring to dissolve the sugar and salt. When the sugar and salt have dissolved, pour the pickle over the carrots.

Let the pickles cool at room temperature and then put them into a plastic or glass container. Cover and refrigerate. The carrot pickle will be ready to eat the next day and will hold in the refrigerator for a month.

To assemble the sandwich:

Mix the pickled carrots, radishes, herbs and jalapeño together in a bowl. Dress with extra virgin olive oil, a pinch of sea salt and a little of the carrot pickling liquid. Taste for salt and heat.

Cut the bread in half lengthwise and spread an even and generous layer of chicken liver mousse on the bottom half of the bread.

Arrange the turkey onto the chicken liver in an even layer. If using ham, lay the slices of ham on top of the turkey.

Place the salad of mixed pickled vegetables and herbs on top of the turkey or ham.

Sprinkle the sesame seeds generously on top of the herb salad.

Spread mayonnaise on the top half of the bread and squirt a line of Sriracha along the length of it. Spread the Sriracha into the mayonnaise.

Top off the sandwich and cut into individual servings. 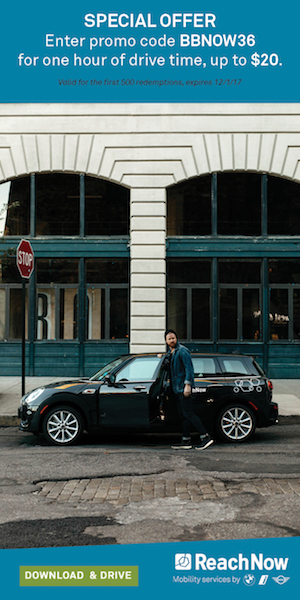