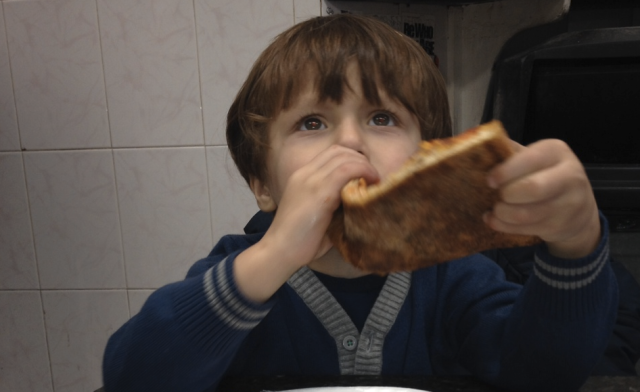 We’ve all met this kid before. He only eats pasta with butter and plain oatmeal. Or Cheerios and French fries. Before I had children it was impossible for me to imagine that I—a home cook, a frequent restaurant-goer and occasional reviewer, a grocery-store devotee and lifetime subscriber to Gourmet—would call this kind of kid my own.

But as fate would have it, I have a picky eater. His name is Nate and he is adorable, smart, funny, warm, creative, talented and a terrible, no good, very bad eater. His staples are hot dogs, cheese sticks and pasta without sauce. He refuses all vegetables and fruits and everything slightly outside his comfort zone. Which is everything. It started when he was a baby (he was revolted by his first piece of avocado) and at age 4, he’d rather forgo TV than eat a snap pea.

Miraculously, Nate recently ate a carrot and nodded in approval. I got so excited that I served carrots with every meal and as a prerequisite for every treat. That is until Nate, under the adoring gaze of his grandparents, refused his one baby carrot. I pushed and threatened and 30 minutes later when he finally finished the tiny carrot, he made a weird gagging noise, came over to me and threw it up in my lap.

It wasn’t a lot of vomit—but it was the whole baby carrot, the one I made him eat, in regurgitated flecks on my lap. (My husband Michael and I later noted that this was a pretty brilliant move that we now refer to as “throwing up the carrot”—when a kid makes it almost impossible to continue to make him do something.)

By then I was fully in stage 8, denial, so I soldiered on. Although I’d had little success with the hide-the-veggies  approach to recipes a la Jessica Seinfeld—her banana-peanut butter-spinach muffins were bland and dense and nobody liked them, all 48 of them—I decided to try Melissa Clark’s beloved recipe, Carrot Mac and Cheese. The trick is that the shredded carrots look similar to the shredded cheddar and the whole wheat elbows so the child will get confused and not realize he is eating carrots.

I gave it a try, with slight modifications (see recipe below). It worked! Not only is it one of the most delicious casseroles that I’ve ever made, both of my kids ate a good portion before even realizing that they were eating carrots. And no one threw up. 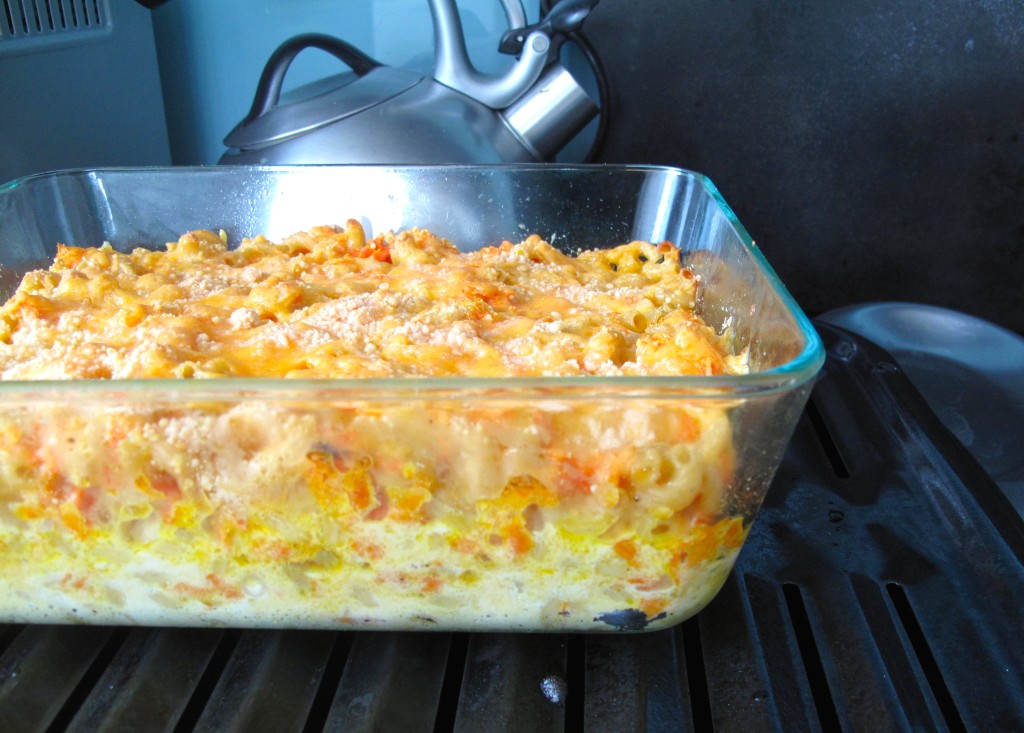 Mac and Cheese, with a ton of carrots hiding inside it for the vegetable adverse. Photo: Shana Liebman

3. While pasta is hot stir in all but 1/2 cup of the cheddar and the butter. In a bowl, whisk together the sour cream, milk, eggs, salt, mustard powder, and pepper. Fold mixture into the pasta

4. Scrape the mixture into the prepared pan. Sprinkle the remaining cheddar and the Parmesan over the top. Bake until the casserole is firm to the touch and golden brown, about 30 minutes.

In this new column “The Pickiest Eaters,” freelance writer Shana Liebman (New York Magazine, Travel and Leisure, Salon) will share insights and recipes from her own experience and those of other parents struggling to feed their own particular eaters. Reach out to her with your ideas and recipes.

Leave a Reply to Sheila