This easy, delicious paté recipe comes from Caroline Fidanza, owner of Saltie. Make it for a dinner party, or Thanksgiving, and serve with bread or crackers, apples, pears, grapes and a couple cheese and you have an easy, beautiful starter. If you’re prepping for Thanksgiving, double the recipe and save half for the Turkey Balmy, Fidanza’s solution for leftover turkey. 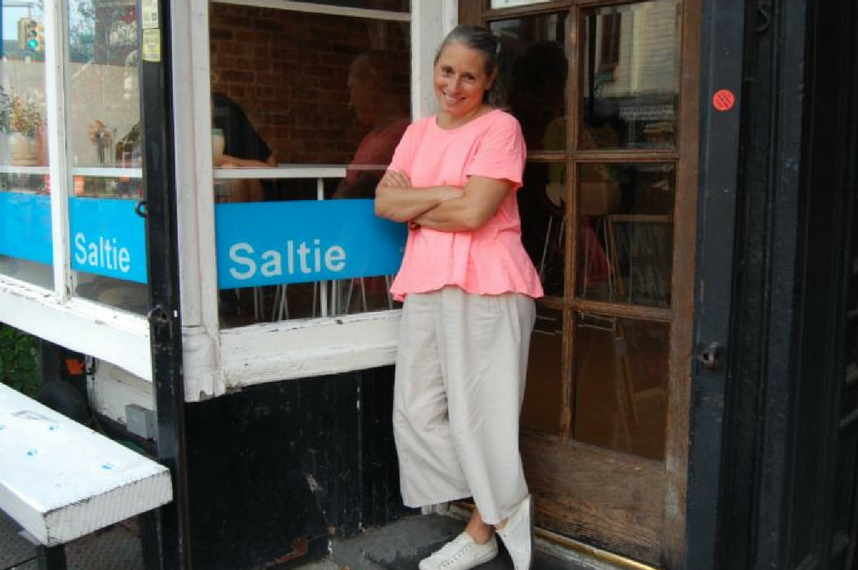 Butter, have a pound ready

Heat four ounces of butter in a large cast iron skillet until it sizzles. Add the onion, shallots, garlic, thyme and star anise to the butter, season well with salt and turn heat to medium-low. Allow the mixture to slowly and deeply caramelize.

Drain the chicken livers through a strainer and lay them out on paper towels to dry. Look over the livers and remove anything unpleasant. Season the livers well on both sides with salt and pepper.

Heat the same or another large cast iron skillet and cook the livers on high heat in a combination of olive oil and butter (about three tablespoons of each to start). Cook the livers quickly in small batches being sure not to overcrowd the pan so that they can brown on the outside but remain pink on the inside. Transfer the cooked livers to a bowl.

Deglaze the pan between batches with sherry vinegar and pour over the livers. Finally, when all of the livers are cooked, use the brandy to deglaze the pan and add it to the rest. Allow everything to cool.

Once the livers and onions are cool, puree them in a food processor. Put everything in at once and let the motor run — you want it to be smooth. Season with sherry vinegar, salt and pepper.

Chill. Can be made up to a week in advance.