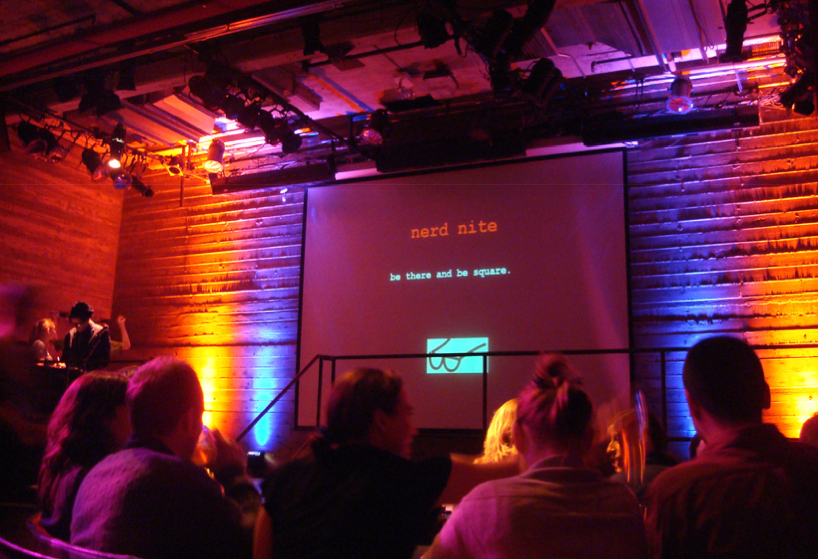 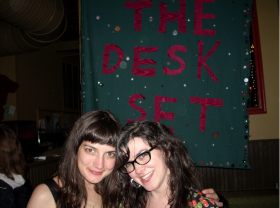 Sure, we’ve all heard about hipster knitting circles and kitschy kickball leagues. Recently though, we’ve been noticing that good clean fun, without the knowing winks or irony that’s undercut so many semi-recently resurrected extracurriculars, has been gaining traction among twenty-, thirty- and forty-somethings in our fine borough. In 2011, studiously affected dorkiness is out and embracing your genuine inner nerd is very, very in. Whether your pleasure is astrophysics, fly-fishing, contra dancing, sock darning, clarinet lessonsor the Dewey Decimal System, there’s a real-time club ready you can meet new friends who share your geekiest interests.

Just ask the ladies behind The Desk Set, a loose conglomerate of Brooklyn librarians and literary-minded folks who routinely get together to talk about resources, tour library collections and repositories, plan field trips to places like The Costume Institute and raise money for literacy non-profits by throwing parties like their annual Biblioball fundraiser. The way founder Sarah Murphy sees it, it’s as much about discovering neighbors with similar interests and values as it is about expanding a professional network. “It’s very satisfying to know the people in your neighborhood and the people who live and work in your community and that was a lot of the reason that the whole thing started in the first place,” she says. “Maria [Falgoust, the other co-founder] and I were in library school together and we had a few friends in common. We were neighbors, and pretty soon I found out I was one of three people in library school on my block in Greenpoint. We thought, ‘This is silly, we have to know each other.’”

Three-and-a-half years later, The Desk Set continues to expand its membership and its social offerings, which run the gamut from casual neighborhood meet-ups like the Library and Literature Trivia Night at the Black Rabbit Bar to highly organized (and riotously fun) parties like Dance Dance Library Revolution.

More interested in quarks, cold fusion or needle-toothed carnivores? You’ll fit right in at Secret Science Club, a monthly lecture-cum-shindig at The Bell House in Gowanus, which recently hosted a talk by astrophysicist Charles Liu of the Hayden Planetarium, allowing patrons to ponder super-massive black holes over super-strong “quantum cocktails.” Or check out Nerdnite, an ongoing series at Galapagos Art Space, that started in Boston and has been entertaining Brooklyn’s brainy since September of 2008. Organizer Matt Wasowski invites an ever-changing roster of dorktastic experts to give presentations on “science or math or history or robots or venereal diseases,” as he describes the eclectic line-up of talks. According to Wasowski, the increased desire to mix partying with cultural enrichment is only natural. “New York is second or third in the country as far as people with advanced degrees. There’s this population of overeducated people [whose] options are limited to just going to a bar or going to see a band play or going to a cheesy club.” 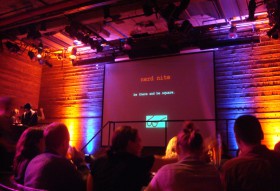 Nerdnite, he says, offers the intellectually inclined a meeting place to drink, learn about the mating habits of rare African birds and share common ground. To him, the term “nerd” is inclusive. “Every single person has one very small, niche-y unique area of expertise and that’s very all encompassing. It makes everyone feel like part of this larger community and it creates great icebreakers or conversation-starters.”

In an age when the city’s 20- to 40-something workforce is increasingly freelance, even the built-in community of an office is becoming obsolete, making extracurricular socializing that much more important. 3rd Ward co-founder Jason Goodman sees co-working and workshop spaces, and events held in them, as a way to fill that lonely gap. “Sharing resources creates community,” he says. “It just happens organically: People sharing ideas, space, vision, time with each other. You can’t make a best friend overnight. We provide the architecture to stimulate that process, both online and in the brick and mortar sense.” In addition to classes covering everything from welding to web design, 3rd Ward hold a weekly Drink-n-Draw night for art dorks.

While all these clubs and meet-ups seek to marry the cerebral with the racier pleasures of drinking and dating, a desire to get back to the wholesome fun of church socials, school gyms and summer camp is at the root of newly minted events like Brooklyn Contra, which we recently wrote about. Ditto the Brooklyn Rod and Gun, a so-called “3rd Ward for the Outdoorsman” begun by long-time Williamsburg resident (and avid fly-fisherman) Chris Raymond in the winter of 2009. What started as a couple of neighborhood dads drinking beer and tying flies in a riverside loft-space has since grown into a 72-member-strong social club that now hosts organized fly-tying tutorials, guided hikes and fishing trips, not to mention a weekly music-centric hootenanny and a new movie night for urban anglers and their brood. 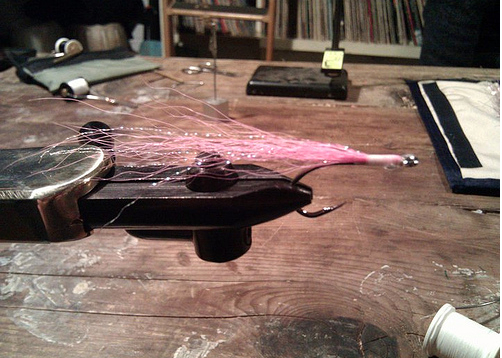 “It’s different than going to a bar,” says Raymond, who grew up fishing on Queens’ Little Neck Bay. “It’s a more focused community. Everybody who comes here yearns to be closer to nature.” Raymond says that the club is loosely modeled after the Italian and Polish social clubs that used to convene in northern Brooklyn but have mostly died out with the older generation. Like those clubs, Brooklyn Rod and Gun is private, but anyone can join–check out their Facebook page to keep abreast of upcoming events.

That same longing for community and a quieter, simpler time is present in The Mending Circle, a free monthly workshop co-hosted by Park Slope’s Textile Art Center and Sewing Rebellion NYC. “We wanted [to introduce something] that was more about community while preserving seemingly lost skills,” says TAC general manager Oywn Ruck of the workshop, which focuses on teaching participants to mend and salvage old clothes. “Mending Circle is as much about coming together to socialize, and share thoughts and skills, as it is about learning something new.”

Cultural enrichment at a low cost is another inherent benefit to many nerdtivities. “A lot of the things that people who have these interests would love to go to, like The New Yorker Festival or Symphony Space, are often prohibitively expensive or they come with a big crowd and it makes it feel impersonal,” says The Desk Set’s Murphy. “That was one of the things we hoped to fill in the blanks for.”  And, they offer lasting opportunities to connect in meaningful ways. “The bar-party scene will never ever feel fulfilling, not to mention that at some point it takes a toll on your physical–and therefore mental–health,” says Owyn Ruck. “Even if you’re tight on cash, being creative, self-sufficient, and part of the greater community is well worth the money and time [compared to] a forgettable night out.”

Check out the nerdtivities listings and guide on our blog.