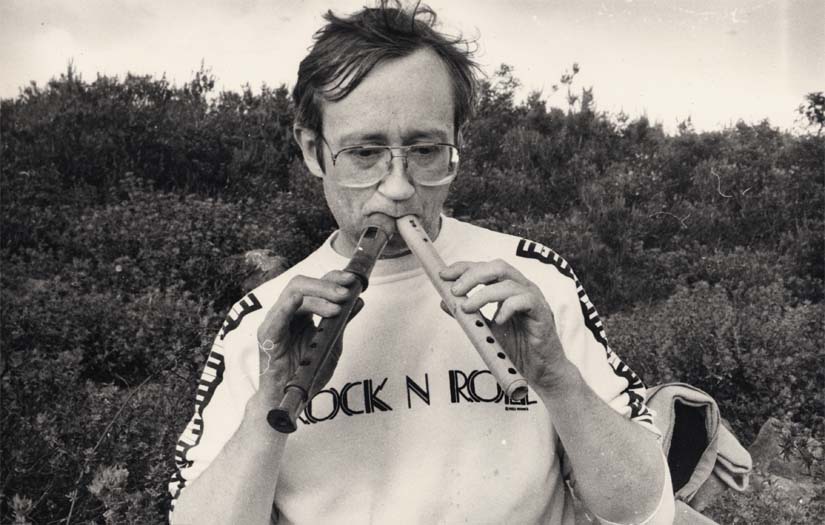 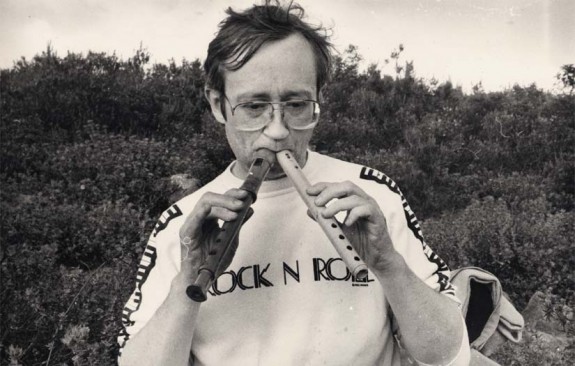 In 1971, music critic Robert Palmer traveled to the mountains of Morocco to seek out The Master Musicians of Jajouka. A brotherhood whose musical traditions may date back more than 1,000 years, Master Musicians influenced 60s mystics, scores of musicians, and two of Palmer’s personal heroes, the writers William S. Burroughs and Brion Gysin, both of whom reference Jajouka in their work.

The first pop music critic for The New York Times, and a musician himself, Robert Palmer (to be clear, this is not the Addicted to Love Robert Palmer you might remember from the 80s videos with the robot girls) was immersed in the Master Musicians’ music. The brotherhood’s sound–a combination of double-reed horns and percussion–could be described as hypnotic. “They were the sons of sons of musicians,” Palmer later wrote of the Master Musicians, “and apparently they sat round all day playing music and smoking kif when they weren’t driving possessed tribesmen into mass Dionysian frenzies. It sounded like my kind of scene.”*

The Hand of Fatima, a documentary that was released on DVD today, examines the special connection between Palmer, who died at the age of 52 in 1997, and the Master Musicians. For director Augusta Palmer, a Fort Greene resident, the film wasn’t  just about retracing the steps of a legend–it was about rediscovering a part of her family history. The completed film features interviews with Robert Palmer’s colleagues and with his three ex-wives, among them Augusta’s mother Mary Branton, as well as his widow, JoBeth Briton-Palmer.

Augusta had been estranged from her father for the first 12 years of her life, so the documentary was a way to revisit those lost years. “I wanted to make this film,” she said, “because in the last years of my father’s life, there was a lot of pain and we had also not been close very early in my life. In a way, I felt like I had lost sight of what was the best part of him. And I really sensed that if I could understand what he loved so much about the Master Musicians of Jajouka, I would get back to that part of him that I missed then.” 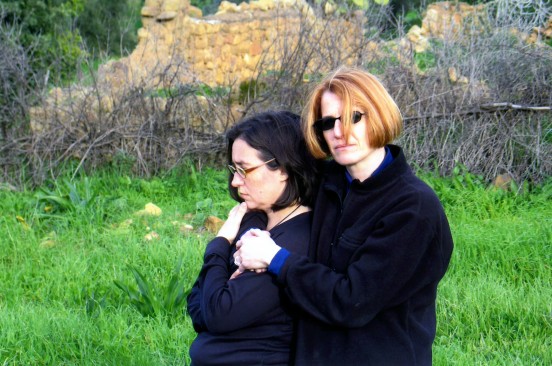 Accompanied by her family and her camera, Augusta traveled to Morocco in 2006 to follow Palmer’s journey to Jajouka from several decades earlier. There she met Bachir Attar, the leader of the Master Musicians, who knew her father.

One of the documentary’s most poignant scenes takes place when Attar plays an old tape featuring Robert Palmer performing on a horn. Hearing the music stirred emotions within Augusta. “That was a real incredible moment for us,” she recalled. “I think hearing the sound of my dad’s horn on that tape was like he was talking to us…almost like [it came] out of the sky and he was speaking to us through that cassette.”

During their visit in Jajouka, Augusta and her crew were treated to a performance by the Master Musicians. “When you start to hear Bachir’s horn,” Augusta remembered, “and he walks in before they play the music–at that moment I really did feel that my dad was there and present. And I think there were other times–[when] I visited the shrine of the saint that I felt very close to him. It wasn’t like literally I saw him…but I felt that his energy was there in some way that I can’t really explain logically.”

Making The Hand of Fatima allowed Augusta to see the part of her father that she and other people had loved about him. “I understood him better as a man from the perspective of so many people who really admired him,” she said. “It gave me a kind of insight into some of the things that he was probably feeling about Jajouka and the kind of kinship that he felt with the musicians.”