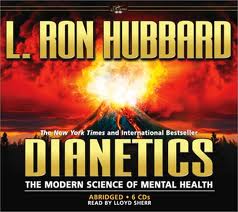 This morning Twitter directed me to Gawker’s coverage of FBI surveillance records of Pacific Northwest political activists in the early 2000s, restaurants angry about reservation breakers and an exegesis of L. Ron Hubbard’s literary steeze.

Also, I read last night that @biggayicecream will have thin mint shakes today–which I will take over my other March drinkable ice cream addiction, the shamrock shake, any day.

@GrubStreetNY Restaurants really hate it when you flake on your reservation. And, with the power of the interweb behind them, chefs are taking to twitter to call diners out on it, personally.

@Vice If you step away from the cult-y bullshit, L. Ron Hubbard’s writing is actually pretty awesome. From a certain perspective.