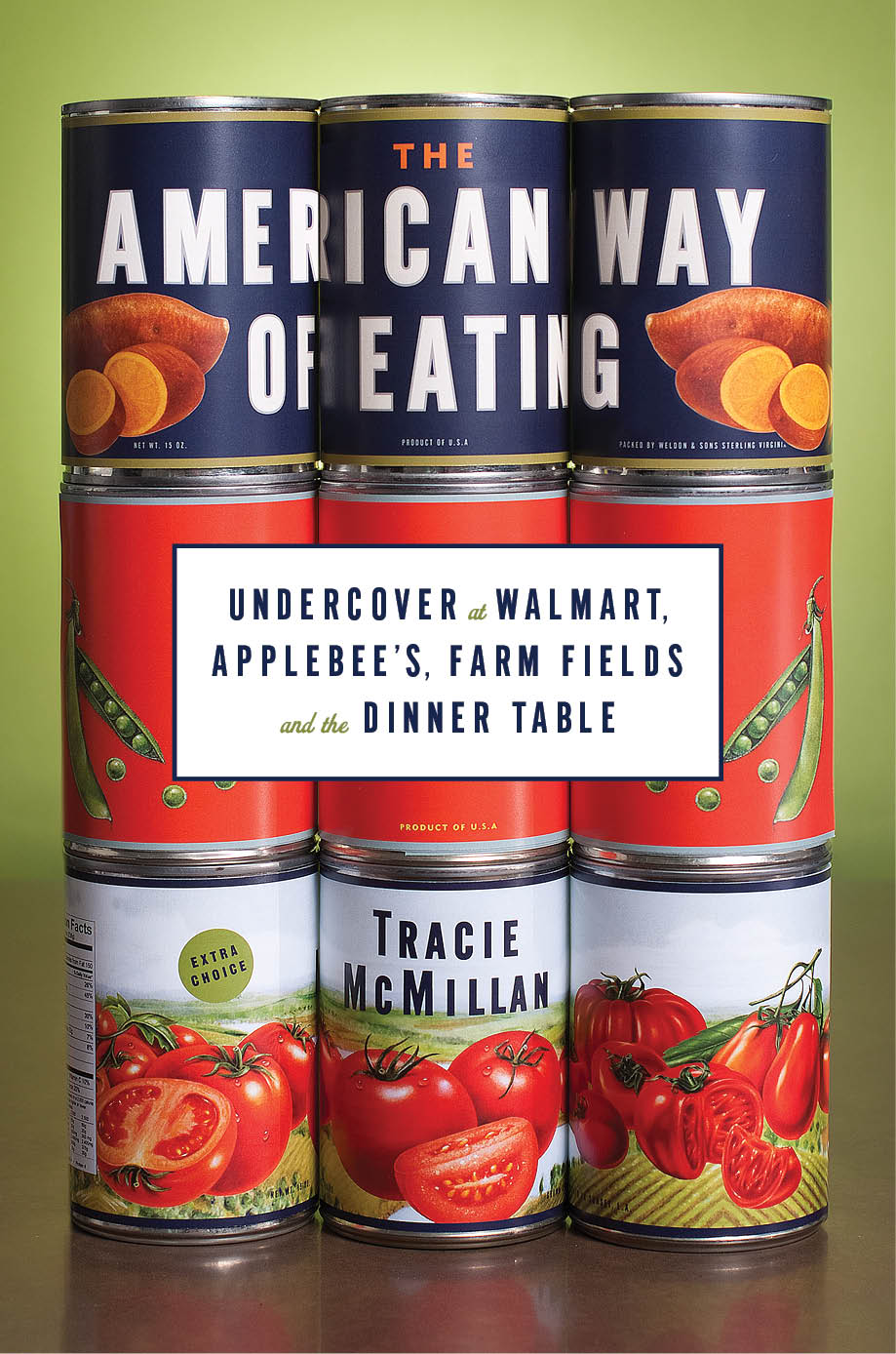 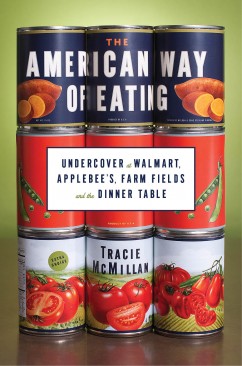 Tracie McMillan, an investigative journalist who lives in Bed-Stuy, spent several years living and working with the people who plant, pick, stock, sell and cook our food for her eye-opening recent book, The American Way of Eating: Undercover at Walmart, Applebee’s, Farm Fields and the Dinner Table. From the garlic fields of California, to the aisles of a Midwestern Walmart, to the busy kitchen of an Applebee’s in Brooklyn, she took a long hard look at our food system from a variety of angles that few of us ever get to see.

It seems more than fitting to bring you an interview with McMillan on May Day–International Worker’s Day, as well as a pagan celebration of spring, and the growing season to come. We spoke to her over the phone, some weeks ago, while she was traversing California on book tour. Add it to your summer reading list, reserve it at the library, or support a journalist and buy The American Way of Eating today–you’ll never look at food, and the workers we depend on to stay fed, the same way again.

The thing that shocked me most in The American Way of Eating is that we don’t actually grow enough fruits and vegetables. I had NEVER thought about it that way.
Right? That’s crazy! We actually don’t have as a nation–not just as individuals–we just don’t grow enough fruits and vegetables. We grow plenty of corn and soy, more than we need, but not the stuff that we should be eating so that we’re all basically healthy. That’s nuts! That’s built into all the policies and the investments we’re making in the public sector. There’s ways to change that. And there are ways to do that in a way that engages private enterprise and makes it profitable for private enterprise to grow that kind of stuff instead of endless, endless, endless rows of corn that are going into cattle feed and ethanol. 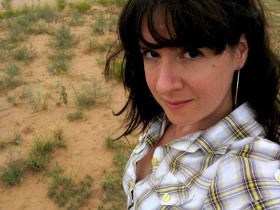 We’ve had all this great food journalism, from people like Michael Pollan, documenting the fact that we grow too much corn, for feed and fuel and junk food, and as a result we have a surplus of calories. But to think that we actually have a deficit of good calories is another thing altogether.
No wonder, we’re all eating crap, right? We just don’t have enough. I see a tendency toward conspiracy theory, that the big agrobusiness is sitting there and they’re manipulating everything, and there’s that, and lobbyists and corporate power to be concerned about. But the more that I did this research, it must have seemed perfectly sensible, in the mid-20th century. Food had never been something that could make you sick before–why would it? If you had said, oh, but if you eat this other type of food it will make you sick, that would have seemed like crazy talk in 1940.

What are people not getting about the intersection of diet and poverty and health in this country?
The problem of people’s diets is much bigger than just access. It’s a lot about time. And anyone who cares about food, if they’re serious about it being more than just a luxury thing, for them to enjoy, if people are really serious about food being a community issue, a social issue, we have to start having a conversation about wages and work life. It’s really hard to pay enough money to buy really healthy food if you’re spending a quarter to a third of your budget on food already, which is what the bottom third of America, by income bracket, already does.

What’s the biggest misconception about the people in that bottom third, and food?
I think the biggest misconception about low-income families and their relationship to food it that they don’t know any better and all they do is eat junk food. There’s this idea that there are all these obese people of color lounging around, eating crappy food and not caring. That is pretty much the opposite of what I found the more I talked to people about how do you make decisions about food. In all the time I’ve been reporting on food and diet, which is eight or nine years now, I’ve met precisely one person who actually said, “I’m just going to eat crappy and I don’t care.” I’ve never had someone say, “I think diabetes is awesome and I want this.”

And this is a little touchy feely, but being poor is really exhausting. It’s really boring. You can’t afford to go and pay for a movie, or for fancy technology. It’s hard. And, eating well is so hard, you have to have the energy and not be too tired to do it. If people are being beaten down by everything else in their lives it’s really unrealistic to expect them to say, “I am going to subsist on these great salads that I make from scratch, every day.”

What makes it so hard to eat healthy? I think that’s hard to fully understand from a particular Brooklyn point of view where we have 10 choices of local, artisan pickles and five choices for granola in front of us, and we can afford to eat that way–or at least make the choice to spend our money that way instead of saving for retirement.
So time I think, is the biggest obstacle. I keep getting compared to some sort of Soviet, so I’m wary of saying, “Oh, look to Europe.” But, the French spend more money on their food [as a proportion of their income]. They also get five weeks of free vacation every year, plus, free high-quality daycare once your baby is a year old. And they have a slightly shorter work week. That might not seem like a lot if it’s 35 instead of 40 hours, but that’s an extra hour each day–to spend cooking.

How do big stores like Walmart that promise variety and affordability fit into the equation?
We all sort of accept that “Oh, there are food deserts. Maybe we’ll fix them if we bring Walmart into low-income communities.” Well Walmart’s prices aren’t always lower, they have absolutely no reason to charge lower prices, if they don’t have to. There’s research showing that if Walmart has the dominant market share then they don’t really charge lower prices.

At the conclusion The American Way of Eating you suggest that we as a society have a collective responsibility to make sure that the food system is fair. How do we actually do that?
In a lot of different countries there’s more of a mix of public and private involvement in food distribution. So my thinking is, right now we have  a completely privatized system that leaves 23 million Americans without sufficient grocery stores, and we have this huge problem with diet-related disease in the country. So, maybe government could figure out a way to partner with small private enterprise–small producers or small grocers who can’t compete with Walmart and are going to get blown out of the water, because they just can’t structurally develop the transportation and logistics. It’s the distribution and transportation that really makes Walmart competitive.

A lot of it is just mapping, figuring out where the producers are, where there are stores, where distribution centers are housed. You could create a public distribution center, that people couldn’t necessarily use for free, but could go in and use at a really affordable cost and it would be a way to replicate how wholesale community markets used to be. There’s a study I found from the early 20th century and there used to be several hundred wholesale, terminal type markets around the country and they were all funded in part by public dollars. They were in public buildings that had public oversight.

When you’re talking about creating a flexible food distribution system, that has as its goal not just profit, but making sure communities have good food the same way we make sure they have clean water, then I think that’s really important. Given how much money we have to spend on people being sick because of bad diet, maybe we could figure out how to make it not so hard for people to eat well.