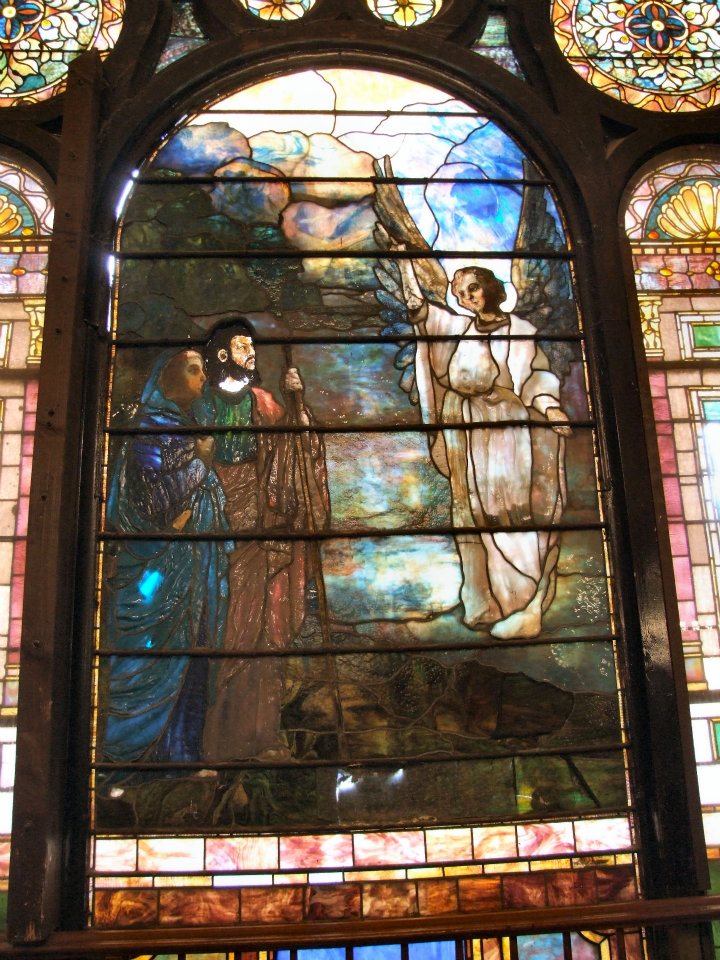 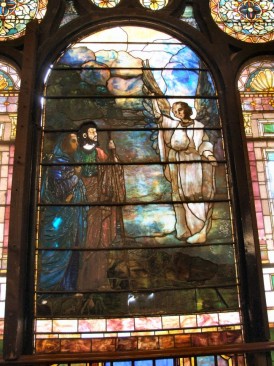 Since it was founded in 1916, the congregation at Brown Memorial Baptist Church has had several homes, and without placing undue emphasis on the building, rather than the prayers and people within, or committing the deadly sin of pride on behalf of the church, the building on Washington and Gates in Clinton Hill is one of the most gorgeous churches in a neighborhood full of beautiful houses of worship.

Back in 1916, a group of seven church members founded Brown Memorial, and held services in a storefront at 1648 Fulton Street. By 1922 the congregation had built a new church at 629-631 Herkimer Street, which they quickly outgrew. In 1958, they purchased the current building, an early Romanesque Revival-style church located at 484 Washington Avenue. Just this winter, the sanctuary of the church was re-opened after several years of renovations. From the vaulted ceilings to the Tiffany stained glass windows, it’s a remarkable building–no matter what or who you believe in.

There is still a major restoration project that Brown Memorial needs help with–a Tiffany stained glass window titled The Pilgrims. Now, until May 21, you can help the church get the grant money it needs to restore and revive this museum-quality stained glass piece via the Partners in Preservation campaign. There is $3 million in preservation money up for grabs, and if Brown Memorial receives enough public votes the colors in that window will be renewed, and protected so that several more generations of congregants, and history buff, can revel in its glory. 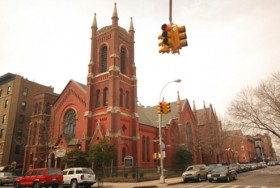 A vote for Brown Memorial’s restoration project is all the more apropos because Louis Comfort Tiffany himself was a New York treasure. Tiffany got his start in glass, after working as a painter, in glassworks in Brooklyn, in 1875. After a variety of different partnerships and companies, he built a factory called the Stourbridge Glass Company, (the name was later changed to Tiffany Glass Furnaces), in Corona, Queens. Tiffany designed windows and glass pieces for the Mark Twain House in Connecticut, the White House, and the Brown Memorial Presbyterian Church in Baltimore, which has one of the largest Tiffany windows ever made. A vote for Brown Memorial Baptist isn’t just a vote for the church, it’s about restoring the glorious creation of one of Brooklyn’s first important artists, right here where he got his start.