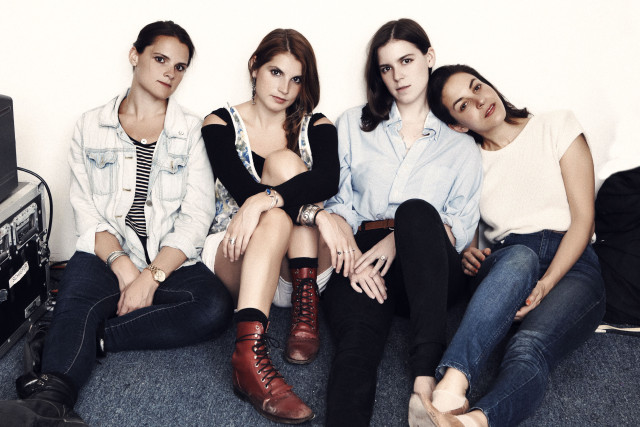 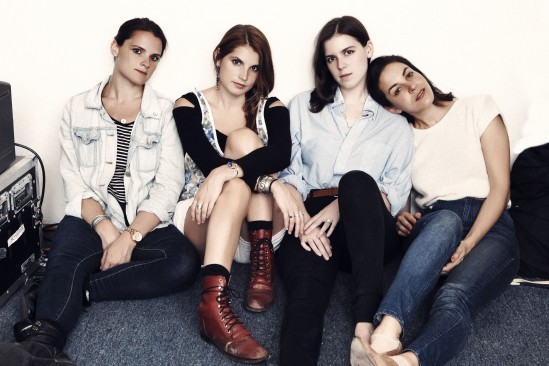 Teeny Lieberson’s name may be familiar to Here We Go Magic fans—she was the keyboardist in the Brooklyn-based band for three years. As a singer and songwriter Lieberson felt the need to create and perform her own material, which led to her decision to go solo. “It came to the point where I was like, ‘I just need to write some songs again and I need to be in front and singing and in more of a leadership position,’” she says. “It had nothing to do with the band itself–it was just like it was time.”

Lieberson’s sisters Katherine and Lizzie, and her friend Jane Herships joined her to form her new band,  Teen. The group’s excellent new full-length debut, In Limbo,  is moody indie rock with a pop heart.  “The songs were written with a very simple kind of pop structure in mind,” says Lieberson. “I was listening to a lot of Velvet Underground and Patti Smith, but I was really restricting myself to only a couple of chords. I would say it’s simple rock songs that are taken out into the atmosphere.”

If the music from In Limbo conveys a heavy and somber tone, it’s reflective of what Lieberson was dealing with as she wrote it: her departure from Here We Go Magic, the death of her father, and a turbulent relationship. “I was going through a lot of swooping changes,” she says, “and I think the lyrics definitely reflect that, and the mood of the music for sure does. It wasn’t an intentional thing; it was just actually a way for me to process what I was going through.

“In some sense actually I wasn’t fortunate to be sad,” she later says, “but sometimes those moments create really interesting music or art. In some way, yeah, it was fortunate that was what’s happening on the record…it made for a powerful statement.”

“Better,” the ultra-pop-y first single off of In Limbo  was inspired by an experience with one of Lieberson’s close friends. “He just started bragging about being able to do something better than one of his friends who was like super pro at it,” she explains. “So I thought that was really funny. It was actually a joke. I went home making fun of my friend being like, ‘This is the most ridiculous idea being able to doing things better than everybody else.’”

Teen’s latest single is the exhilarating punk-influenced “Electric,” which is accompanied by a visually-striking video featuring the band members in choreographed dance movements. “I wrote it on a bed in Israel on a computer because my father had just passed away,” Lieberson says, “so it was really a stream of consciousness kind of thing. It was one of those therapeutic things; I wasn’t thinking about it, I just kind of did it. There’s a lot of mixed emotions in it.”

Lieberson and her sisters are originally from Nova Scotia—both their parents were involved in music, which was a part of their upbringing. Following a stint at the University of Miami, she moved to New York where she lived in Greenpoint for the majority of her eight years in Brooklyn (Lieberson and her sisters now live in Sunnyside, Queens).  It was in New York where she got involved in Here We Go Magic. Even before forming Teen, she had played music with her sisters and friend Jane in previous capacities.

“I was writing such vocal heavy music,” says Lieberson, “I knew I needed good singers. I knew everyone in the band  had to be able to like really sing, not just kind of sing. So yeah, I felt that was the only option. And now it has just taken off from there. Katherine didn’t even play the drums, now she’s playing the drums and she’s amazing, totally crazy. She was an athlete, so she has that total mentality of how to get good at things quickly.”

Teen is ready to hit the road opening for Hospitality this fall.