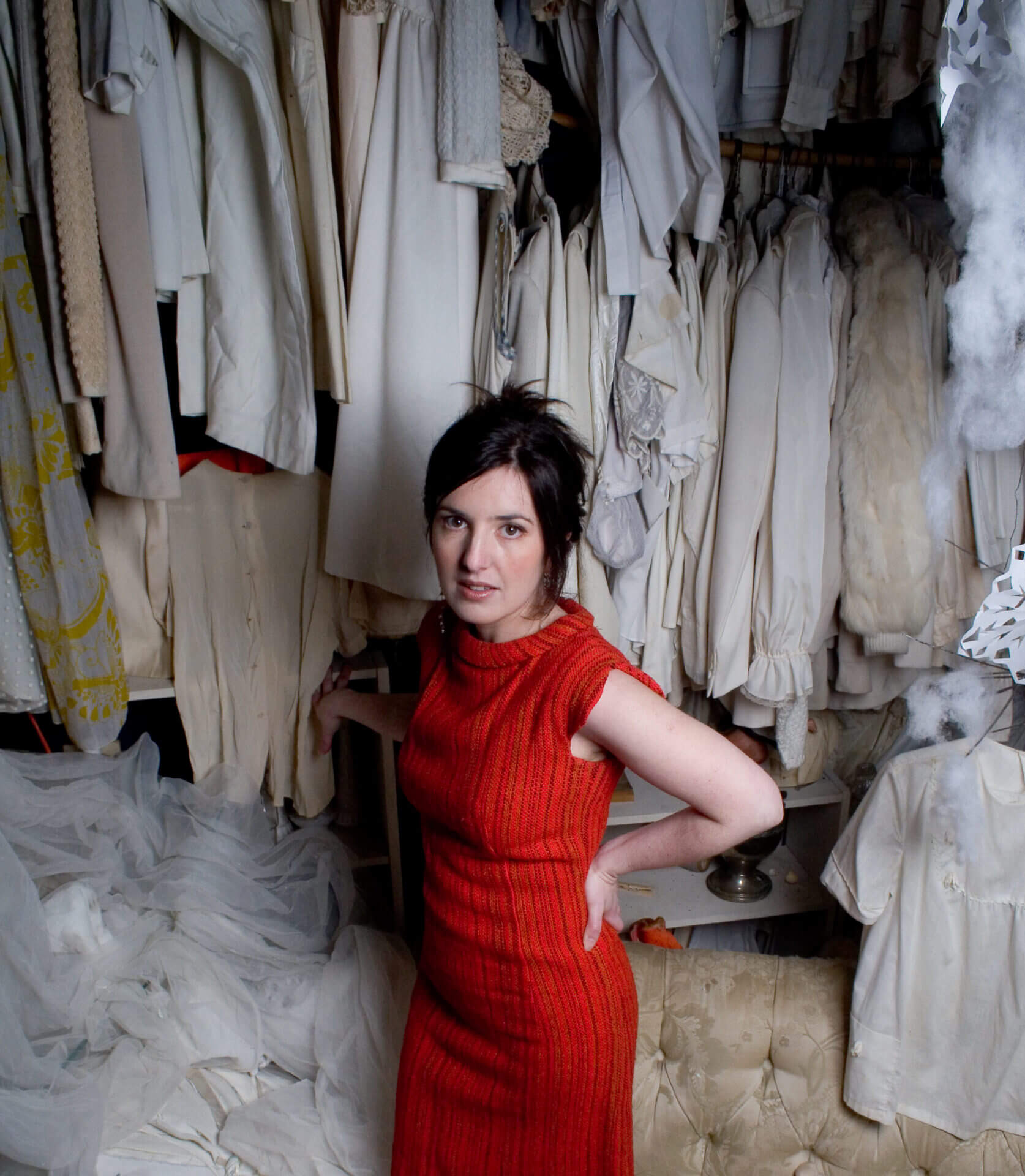 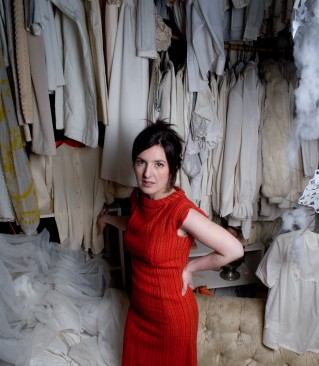 Here at Brooklyn Based, we’re introducing a new feature in which Brooklyn musicians reflect on the songs in a playlist–some will be lists I come up with, some from the artists themselves. Park Slope-based singer and author Alina Simone joins us to kick it off. I first met Alina about five years ago when I wrote about her for Spinner, and I’ve kept an eye on her interesting career ever since. Born in Ukraine, Alina emigrated to the U.S. with her family at a very young age and grew up in Massachusetts. An indie folk rock musician with a hauntingly beautiful voice, Alina has recorded several albums, the most recent being Make Your Own Danger. Prior to that record, she released Everyone Is Crying Out to Me, Beware, a collection of songs by the late Russian punk rock singer Yanka Dyagileva, who died rather tragically in 1991 at the age of 24. While there is a very somber side to Alina’s music, it doesn’t mean she lacks a sense of humor—in fact, it’s the focal point of her hilarious memoir, You Must Go And Win. This June, Alina will be coming out with her debut novel, Note to Self, to be published by Faber and Faber.

Alina was kind to explain a little about each of the songs I’ve chosen from some of her albums. Think of this playlist as an introduction to her work. And, you should totally listen to the version of “Ooops…I Did it Again” that she recorded for Brooklyn Based in 2010.

“Beautiful Machine”
I’ll be brutally honest: I wrote this song after getting a bad Pitchfork review. I have no idea how powerful Pitchfork is now, but back in the mid-late aughts it was definitely the Amazon of indie-tastemakers and I didn’t know if anyone would ever put out my records again. (Ah, little did I know how soon that would be a moot point…) So I wrote “Beautiful Machine” that night I got my bad review and felt so sad that I wanted to walk, Ophelia-like, into the little lake at the end of my street in Carrboro, North Carolina.

“From Great Knowledge”
This is, I think, the best song I’ve ever recorded. The only reason I can say that is because I didn’t write it — it’s a cover of a song by the Soviet punk poet, Yanka Dyagileva. It also includes my all-time favorite cold-war era lyric: “On a parallel track a black satellite flies. It will calm us and save us and bring us peace.”

“Half My Kingdom”
This song is another cover by Yanka Dyagileva, and my version really pisses off Yanka purists. It’s altered to the point of being unrecognizable. But I love the solo trumpet blast at the beginning and all the electric guitar-trumpet duets. It feels like an anthem.

“Day Glow Avenue”
This song is secretly a paean to New York, to the lure and promise of anonymity and that feeling that person who’s going to finally change your life is just around the next corner. “Are you hoping for a savior, when the waitress looks you in the eye? Under the makeup she’s just another girl who’s not gonna tell you who you are.”

“My Love is a Mountain”
This was my attempt at a modern folk song. I was living in North Carolina at the time and listening to a lot of Alan Lomax field recordings and old mining songs. So I started thinking about how I could take a very simple folk tune (played on an Appalachian instrument actually, a strumstick) and drag it through a cornfield’s worth of warp and distortion into the present.

“Just Here to Watch the Show”
The sad fact is, I think this is the only song I’ve ever written using major chords, which does give it a nice pop lilt. But of course it still manages to be a totally sad song.

“Make Your Own Danger”
All of my songs are pathetically literal. I honestly wish I was more of a poet and could sing straight-faced about birds flying out of people’s mouths and things like that, but I just can’t. So this song came about because I was thinking a lot about growing up in suburbia and how so much of “coming of age” was about creating your own danger. Walking headlong into bad situations (drugs, men, destructive friendships) and just shredding this protective cocoon our parents had worked so hard to stick us in.

“Prettier in the Dark”
I forget who first gave me this piece of relationship advice but it ended up getting quoted verbatim in the second stanza of this song: “When you fall in love with two people choose whoever you knew first. Because history is important, a simple rule but true.” It’s probably a pretty stupid piece of advice, but since I married my high-school boyfriend, it just happened to work for me.

“Siberia”
I wrote this song because, for about a decade, I used to spend up to five months per year in Siberia. So it’s a song, literally, about Siberia, but it’s also a song about a certain type of girl who prefers running away—to a different state or country, or just into the arms of someone new—to sticking around and dealing with her problems. That’s why the first line is “I don’t pretend, I just get out.”

“Special Reason”
This is another Yanka cover, a very intense song that’s sung pretty much as Yanka sang it but with some extra ‘ah-ah-ahs’ thrown in. It’s really hard to explain how a song gets its hooks in you, but this one grabbed me like a steel trap. I end up including it almost every time I play live.