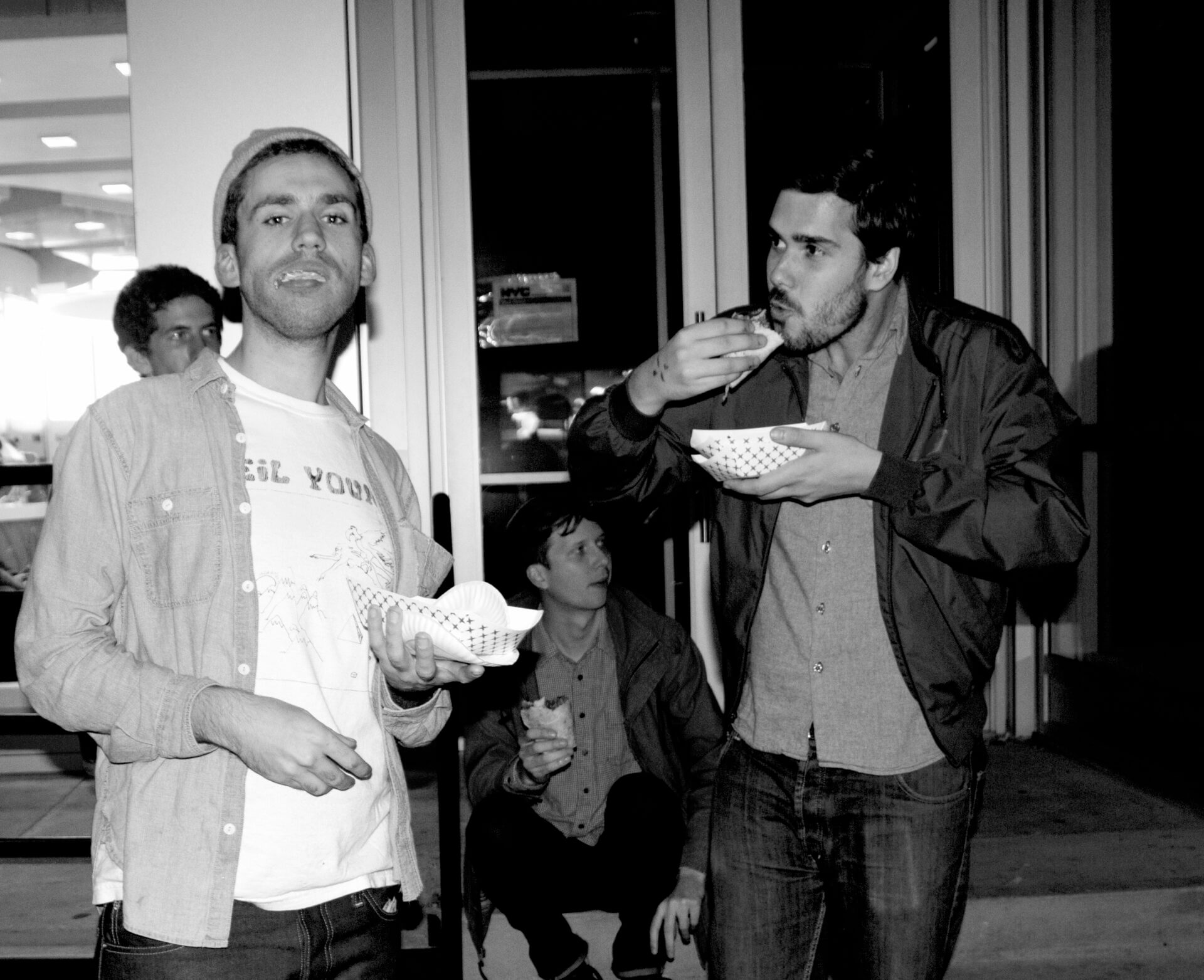 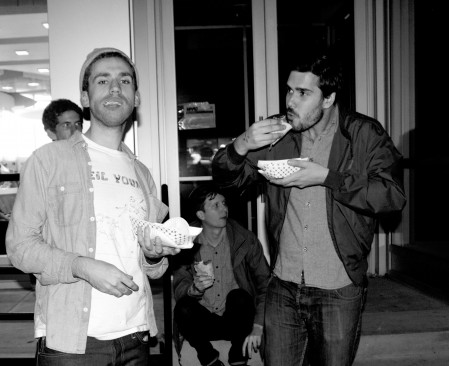 If you’re an up-and-coming group that gets lavish praise in the pages of Rolling Stone, then you’re not really up-and-coming any more–you’ve pretty much arrived. That’s what happened to Brooklyn band Parquet Courts when the rock mag recently mentioned their performance at South by Southwest under the category of “unsurprisingly great” buzz bands. Writes David Fricke: “The Brooklyn crew’s whip-smart post-punk sounded even better in Austin from a packed club gigs to a late night set on a pedestrian bridge.”

When I later mentioned that rave review to band bassist Sean Yeaton, he replied: “Jesus, I didn’t even know about that. That just made my morning for sure.”

This past January, the quartet–Yeaton, Andrew Savage, Austin Brown, and Max Savage–released Light Up Gold. Next on the horizon are a sold-out show as an opening act for Iceage at the Bowery Ballroom, and an an appearance at Crossing Brooklyn Ferry on April 25.

Yeaton told me that his life has changed since the release of Light Up Gold. “For me, personally, I was working a full-job and had what I’d describe as a fairly low-key routine,” he says. ‘I’d go as far as saying that I’m living something of the opposite day version of that life now. I’m still taking everything in stride regardless. I think otherwise I’d just go insane. It doesn’t hurt that it’s such a great opportunity and a blast.”

The members from Parquet Courts are all from Texas–except for Yeaton. When I ask about the origins of the band, he tells me: “This question is weird and we do get it a lot. I’m actually from Boston, Massachusetts originally, so I usually use this opportunity to use the bathroom or take a leisurely stroll while the other dudes try to gracefully wander through, what appears to be, the vast murkiness associated with this inquisition. I did get made an honorary Texan this past New Year’s Eve, though so that maybe changes everything.”

As for Light Up Gold, there’s definitely not a dull song in the bunch–from the opening track “Master of Craft,” which sets the album’s tone, through the very Gang of Four-like “Careers in Combat,” which makes somewhat pointed social commentary; and the paranoiac “Donuts Only.” “We recorded the whole thing in three days in our old practice space,” Yeaton says, “which our friend and Light Up Gold engineer, Jonny Schenke. helped us transform from a little cluttered hole into a little, cluttered recording studio. I had the flu and was pretty delirious the entire time.” 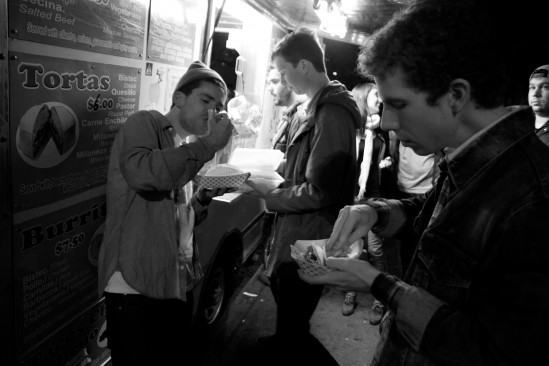 It was surprising to hear from Yeaton that Parquet Courts have played in Manhattan just once in their history, although they’ve played a lot in Brooklyn. “I was just talking to someone last night about how New York is a lot like the cluttered attic of a massive estate or mansion,” he says. “It’s this huge place that, for all its enormity, is so densely packed that it requires every nook and cranny to be utilized to its maximum capacity.

“My favorite venue to play is Death By Audio [in Williamsburg]–it sounds killer and it feels like home. There a lot of places we haven’t played for sure but I feel like, in the same way that folks have a favorite neighborhood restaurant or even menu item, much of New York’s charm is hidden in the daunting shadow that it casts. New places are always popping up, which is great but hopefully our favorites last forever.”