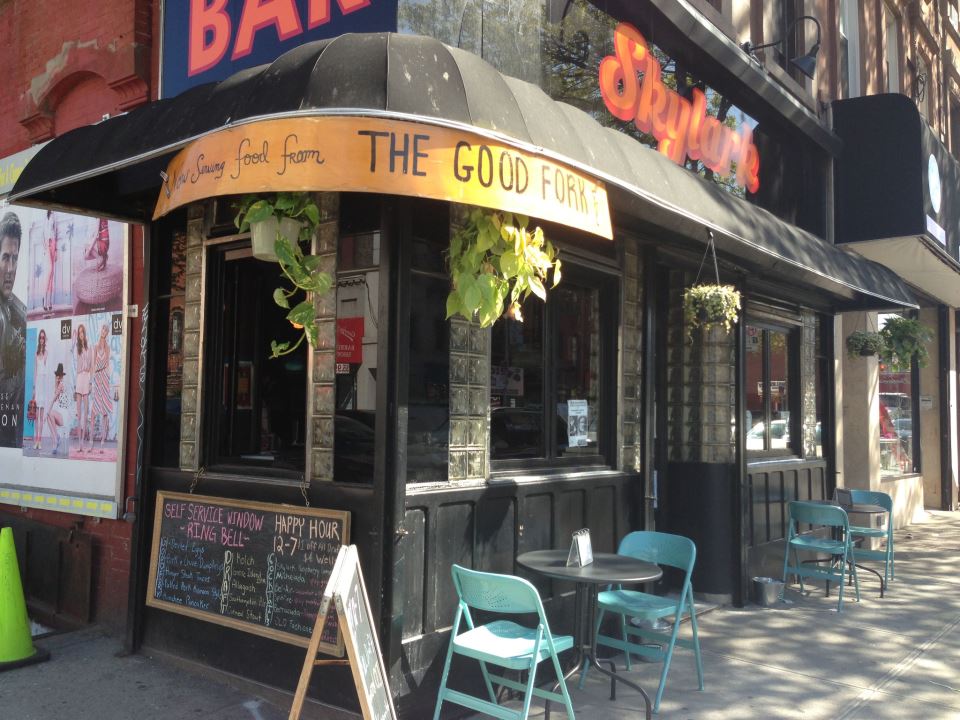 Venue: Skylark Bar, Park Slope
Theme: Old Country and Delta Blues
The sound: Tammy Wynette, Roger Miller, Johnny Cash
A place to get down? Not really, though nobody would judge
Extras: Like hanging out at grandma’s

Wander into Park Slope’s Skylark Bar on 5th Ave. at 11th St., and you’ll wander into grandma’s living room. Flowered upholstery and scattered bowls of candy dot the bar and pictures of owls, forested landscapes and at least one poodle cover the walls. A stack of classic board games (Monopoly, Clue and Connect Four) are available for customers who want to relive the competitive moments of childhood, too. And every Wednesday it’s old country and delta blues night, which lends yet another dimension of hearty warmth to grandma’s living room.

Skylark bar opened in the spring of 2012, naming cocktails after cars and letting The Good Fork eatery cater the kitchen. Options include various corn breads, pulled pork and grilled cheese. Old country and delta blues night started this past spring. Though customers usually come for the ambiance, Terry, one regular I spoke with, comes all the way from Ditmas Park to delight in the country music he listened to growing up down South. The bartender, Cait, said that must-haves for country night include Willie Nelson, Patsy Cline and Tammy Wynette.

The bar was pretty full when I got there just before 9pm, various groups of people filling the dining tables in the back and front. One couple sat on a couch, a tea kettle on the coffee table in front of them and a few people hung around the pinball machines in the back. DJ Billy, filling in for Jarred, was setting up at the two turntables. Having grown up in Virginia, country night was something that spoke to Billy. He played radio hits from the 60s through the 80s, explaining that, “most people want to hear what dad listened to.”

That night tunes included Kenny Rogers, Roger Miller, David Allen Coe and Johnny Cash. Billy switched up playing 45s he’d bought off old jukeboxes and his iPod (one of the turntables didn’t seem to be working).

The vibe continued to be chill and welcoming throughout the night, one of the groups in the back crowding grandma’s dining table more and more and the couple on her couch slowly getting closer (must’ve been a first date). It was unclear whether anyone was there for the music, specifically, but all seemed to be having a good ole time.

So if you’re down for some country and cocktails and cornbread, come sit on grandma’s couch at Skylark Bar. Her door is always open.