Brooklyn Bowl, 61 Wythe Ave.
You might recognize music school trio Moon Hooch–they met while studying at The New School for Jazz and Contemporary Music–from the Bedford Avenue L train platform. Sax players Mike Wilbur and Wenzl McGowen, and drummer James Muschler, make serious grooves with just a few instruments. If you caught yourself dancing during your commute, you’ll want to check out this local group when they play Brooklyn Bowl this Thursday.

Back in June, I recommended Har Mar Superstar‘s Northside Festival show, but I’m back at it again because if you haven’t caught his Last Fridays at the Knitting Factory, there’s no time like the present. Soul-inflected, funk-infused and with undeniable performance acumen, Har Mar Superstar makes a great date for anyone’s Friday night. 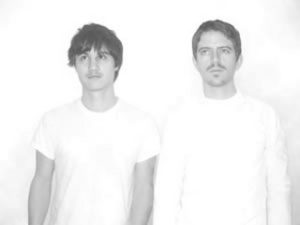 Summer Thunder 2013 Finale
With IIII, The Juggs and Wildman
Saturday, Sept. 28
2pm
FREE
Union Pool, 484 Union Ave.
Ahh, fall in New York City. Morning commutes are increasingly sweat-free, afternoon strolls are sunny and bright, and cozy knitwear is making a case for itself from the depths of our closets. This delightful weather also means that Union Pool’s free Summer Thunder concert series must come to a halt. Make it out for the death rattle this Saturday, with IIII, The Juggs, Wildman, and tacos galore. Quick, before the snow starts to fall.

The Dodos
Sunday, Sept. 29
8pm
Tickets $26.50
Music Hall of Williamsburg, 66 N. 6 St.
San Francisco duo the Dodos close out this week’s round of shows at Music Hall of Williamsburg. Their latest album, Carrier, which came out this August on Polyvinyl, is one of their most driven efforts, with solid guitar punch and the group’s signature percussive pop, but with a somber quality perhaps inspired by the recent death of the group’s former guitarist Christopher Reimer. Pour one out on Sunday.