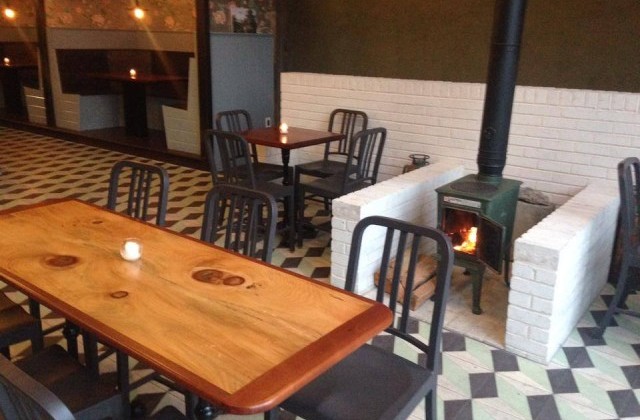 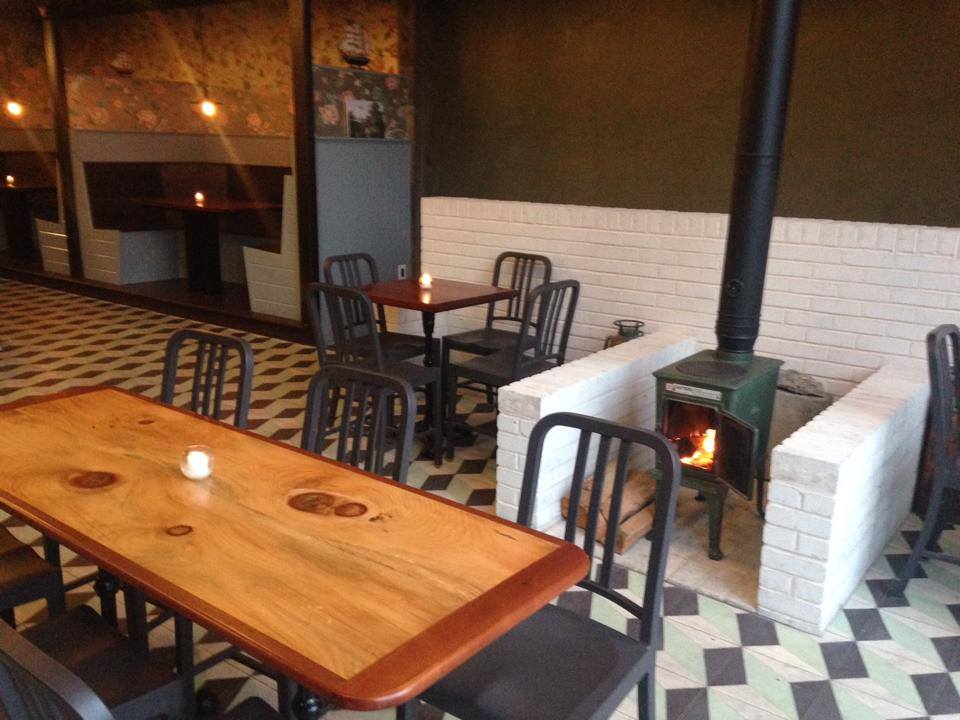 With draft beers for $5 and menu items under $11, The Rookery strikes a nice balance between innovative eatery and affordable neighborhood pub. Photo: The Rookery

Bushwick is suddenly home to Brooklyn’s fastest-growing food scene, having seen a bevy of innovative new restaurants open recently. Next on the list is The Rookery, a British-inspired restaurant and pub that debuted earlier this month on Troutman Street. In a neighborhood where the local gripe is about things getting a bit too fancy, The Rookery is a welcome addition–definitely “New Brooklyn,” but relatively low-key.

The former industrial loading bay has been redone with an artful design consisting of a checked floor, roomy booths and a wood-burning fireplace, all centered around a 16-foot, horseshoe-shaped bar. And while the food is creative, the emphasis here is on the pub. A short menu consists of just a few classic bar snacks amped up with West Indian influences. Shepherd’s pie gets a Caribbean spin in the form of curried goat, sloppy joes consist of a hearty oxtail ragu, golden potato wedges are accompanied by a fiery mayo made with Scotch bonnet, a Caribbean pepper hotter than a jalapeno, and a fruity Jamaican dipping sauce, while sweet-and-sour Brussels sprouts are sprinkled with bits of British bacon.

The most fun thing I tasted was the innovative samosa burger: a veggie patty made out of spiced potatoes, onions, peas and lentils  topped with fresh mango chutney on a bun. The carb-on-carb action is the right mix of spicy, sweet and mushy goodness–a comfort food indulgence for the vegetarian set. The of-the-moment menu item–a panko-crusted Scotch egg–also appears here, along with more standard comfort fare like mac and cheese. Best of all, The Rookery avoids the worst of today’s gastrobub trends–$16 small plates. Prices are reasonable here, with the larger plates not topping $11. They’ve also just launched Sunday brunch with a traditional English-style roast.

The Rookery gets inventive on the cocktail side of things, too, spinning the ginger-beer-everywhere movement by spiking several drinks with Stone’s ginger wine, a fortified English beverage blended with brandy. With beers always on draft for $5, The Rookery strikes a nice balance between innovative eatery and affordable neighborhood pub.