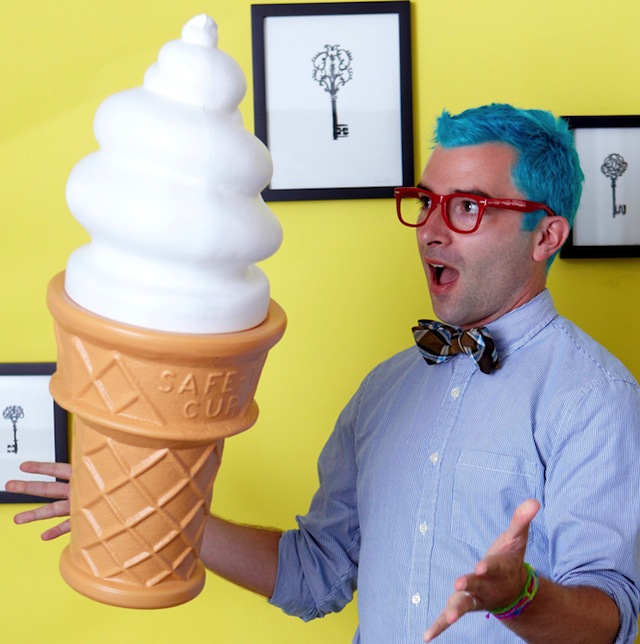 After 15 years, Fred Flare, the home of the giant ice cream cone lamp and other shopping eccentricities, is going out of business. Photo: Fred Flare

Nobody does kitsch quite like Fred Flare. So when word spread that the Williamsburg gift shop was going out of business, I immediately began lamenting the lost opportunities to locally pick up beanies knit to look like roast turkies, unicorn onesies for next year’s Miley Cyrus Halloween costume, slimy drink straws and retro alarm clocks all in one place.

Named after lithe dancer and Hollywood actor Fred Astaire, the store, which opened in 2008, was the brick-and-mortar iteration of owners Chris Bick and Keith Carollo’s ecommerce site. In business for 15 years, Fred Flare officially closes Nov. 21, and an everything-must-go sale is going on between now and then. So while I’m not an adovcate of excessive, early holiday shopping that means looking at a milieu of seasonal marketing starting in September–this is the one caveat I will make in order to stockpile silly, fun and zany gifts to get me through a season’s worth of secret santa’s, stocking stuffing and the general merriment. You never know when you’re going to need a giant gummy bear on a stick to give to someone you love. Lots of the stuff has already sold out, like a mustachifier that would have allowed infants to register for next month’s beard and mustache competition I’m sure.

Bick and Carollo, who were married two years ago, took to their blog this past Wednesday to let their loyal customers know they’d be trading in their city dwellings for a quieter life in the country, though the move seems to be bittersweet. “I can’t believe that we are closing,” Carollo writes. “I’m super sad about it and have cried a lot…But I know leaving the city will be an adventure for me and Keith.”

Based on both the site and store, as well as Bick and Carollo’s farewell letters, you can tell that having fun was first and foremost what Fred Flare was all about.

“I never cared about money; I just wanted to do fun things,” Bick writes. “The problem was those fun things didn’t make money, and now we don’t have any more and it’s time to go.”

What I’ll miss most about Fred Flare is Bick and Carollo’s sense of irony and abilty to create a stock of pop-culturally relevant nonsense (not to mention their unending stream of cat photos on Facebook)–there is a talent to maintaning a stock of eccentric inventory that remains cool despite being kitsch. No word yet on where in the country Bick and Carollo plan on withdrawing to, but it is fair to say they will surely imbibe it with their own flare for bric-à-brac wherever it may be.