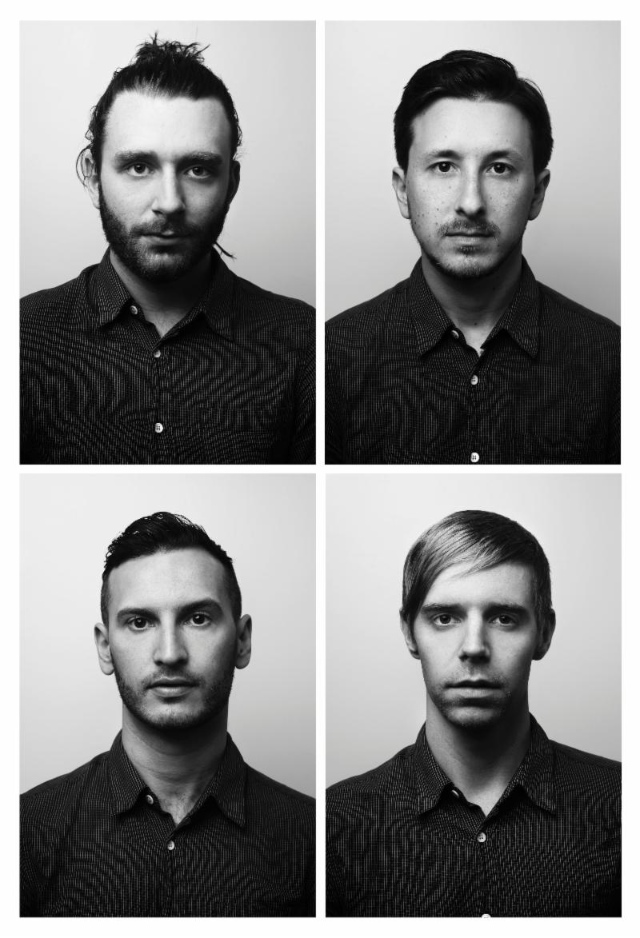 Before the stress of Thanksgiving and the madness of Black Friday arrive next week, treat yourself to some fun at the recently reopened Brooklyn Night Bazaar on Friday. The Brooklyn band Bear Hands will headline there to shake those pre-holiday blues away. It’s been a while since since their EP Songs from Utopia, Volume 1, came out in 2012, but Bear Hands just released a new song called “Giants” a few weeks ago (check it out below). Futuristic, uplifting, bold, catchy, danceable–this track is perhaps a promise of what’s to come as far as a new full-length record from the band is concerned.


If you like what you’ve heard and are relatively new to Bear Hands’ music (as I am), check out their debut album from three years ago, Burning Bush Supper Club, and Songs from Utopia because they’re mostly in the same vein stylistically as “Giants.” The sound of the band, which formed in 2007, is reminiscent of fellow Brooklyn groups Yeasayer and Matt and Kim, whose music is also exuberant, anthemic and electronic-oriented.

If their electrifying recordings are any indication, Bear Hands will definitely liven things up a bit onstage at the Bazaar. It should make up for a fun evening of shopping, dining, and rocking out–a nice way to decompress before you hightail it out of town for Turkey Day.

Bear Hands with Canon Logic, Dead Stars, Desert Sharks and DJ Who Am I will play at Brooklyn Night Bazaar on Friday, 165 Banker St., Brooklyn. The bazaar opens from 6 p.m. to 12 midnight, free. For information, visit the band’s Facebook page.