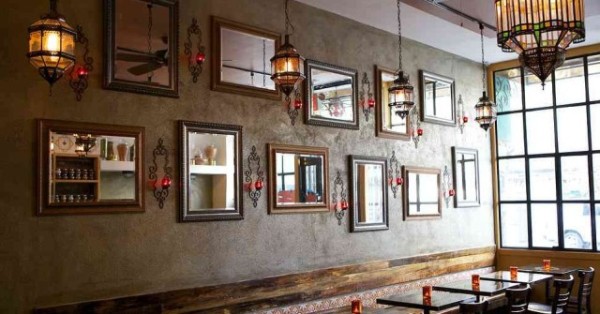 Brooklyn’s fastest growing restaurant scene has got to be Franklin Avenue in Crown Heights, where dozens of new eateries have opened over the past few years and it doesn’t show any signs of slowing down. The past few months have seen several great new places debut along the booming corridor–from brisket to boar, here’s what to eat on Franklin this winter. 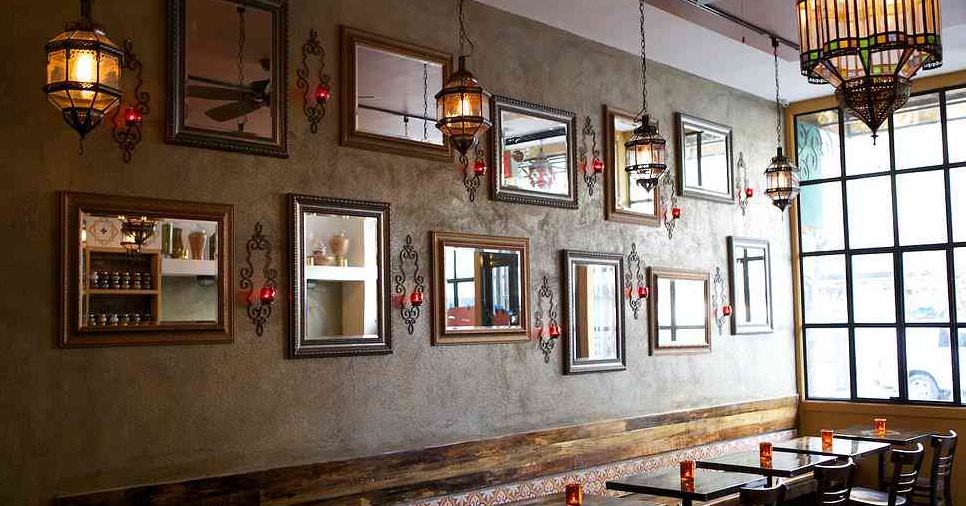 1. Fez Hummus Bar
This long-awaited addition to the southern end of Franklin Avenue finally opened its doors a few weeks ago. The stylish eatery, anchored by an array of colorful Moroccan-style hanging lanterns, is a nice, low-key date spot or easy place to grab a snack alone at the bar–a much-needed option in the neighborhood. The menu is focused on Middle Eastern small plates, including several varieties of excellent, hearty hummus, along with a few larger options. I particularly like the inclusion of the Israeli breakfast staple shakshuka–over easy eggs stewed in tomatoes, peppers, onions and garlic–to the dinner menu. Fez serves beer and wine and plans to add lunch and brunch service soon.
798A Franklin Ave. (between Eastern Parkway and Lincoln Pl.), 917-893-8770 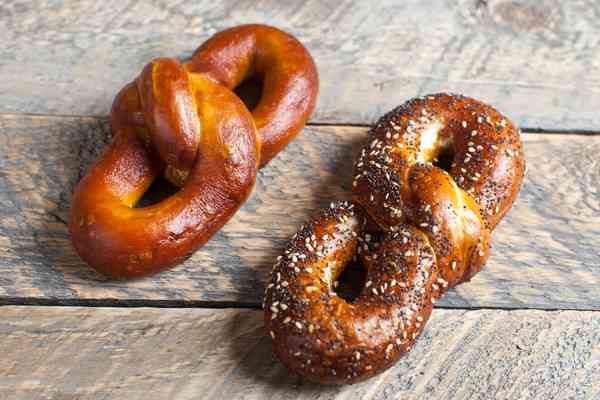 There are plenty of flavors to pick from at Pelzer’s new pretzel shop, from the classic to the unconventional. Photo: Pelzer’s

3. Pelzer’s Pretzels
You’ve likely tasted Pelzer’s soft-pretzel buns at various sandwich spots around Brooklyn, but now the Philadelphia transplant behind them has its own retail outpost, offering Philly-style soft pretzels in unique flavors like cran-mary (cranberries, rosemary and lemon zest), along with housemade spicy mustard.
724 Sterling Pl. (between Franklin and Bedford avenues), 718-552-2998

4. Cafe Allegria
Also just off Franklin, this cozy little cafe sits on the ground floor of its owners’ home and serves fresh house-made bagels, best eaten as sandwiches made with their house-smoked ham. On warm days (I know, not many left) the sizable back patio has shady seats and croquet.
547 Saint Marks Ave. (near Franklin Avenue), 917-589-8418

5. Island CZ Cafe
Among all the farm-to-table this and house-made that, it’s nice to see a new place catering to the neighborhood’s longstanding Caribbean population. Island CZ serves up traditional Jamaican cuisine with an emphasis on seafood dishes such as coconut-sauteed snapper and jerk salmon, plus some inventive options like mango BBQ chicken wings.
743 Franklin Ave. (between Sterling & Park places), 718-576-6700

6. Lazy Ibis
One of Franklin’s latest entries looks like a simple coffee shop so far, but this spot actually has grand plans for an elaborate dinner menu focused on wild game like rabbit, venison and boar. Look for Lazy Ibis to start serving dinner in December.
663 Franklin Ave. (at St. Marks Avenue)