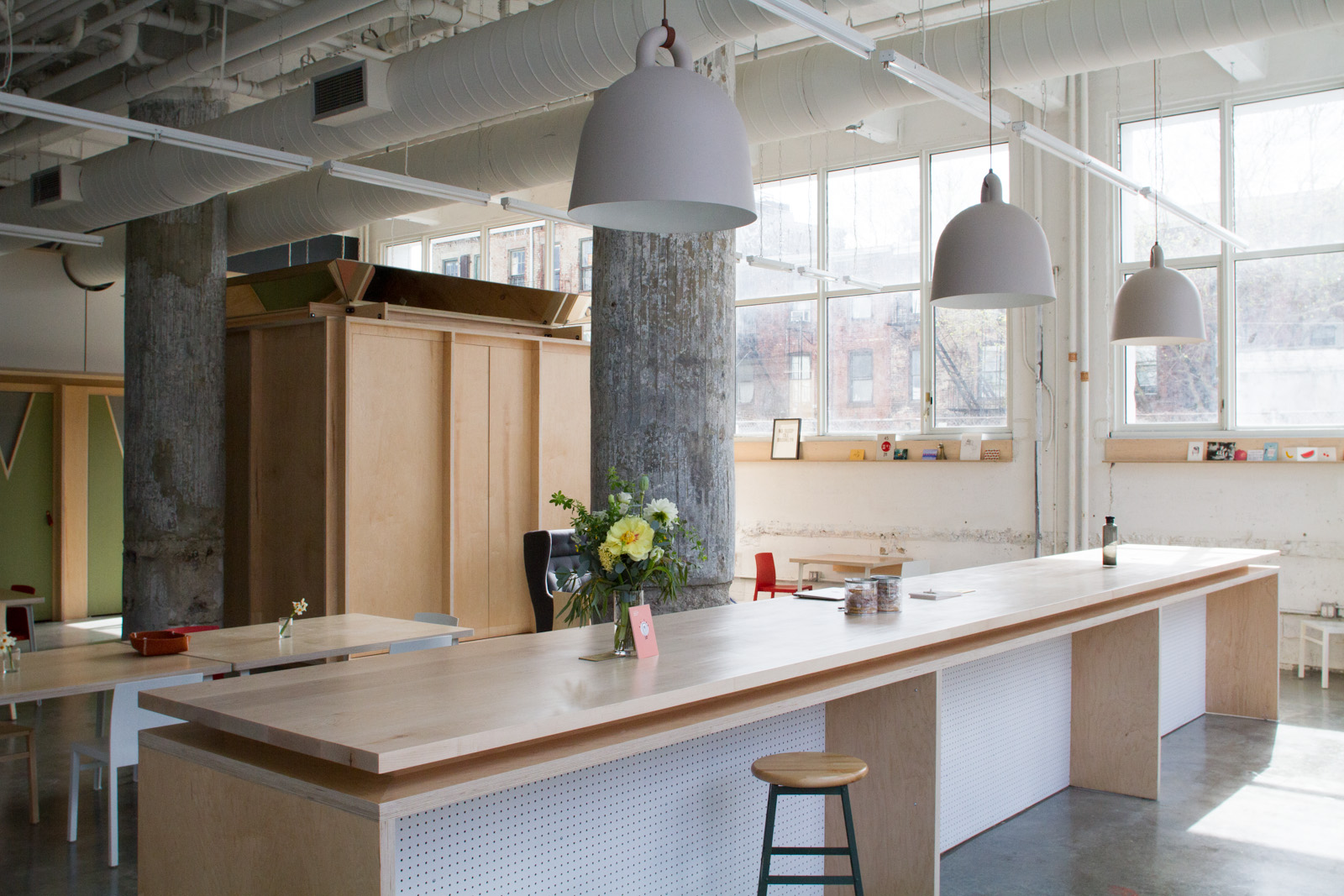 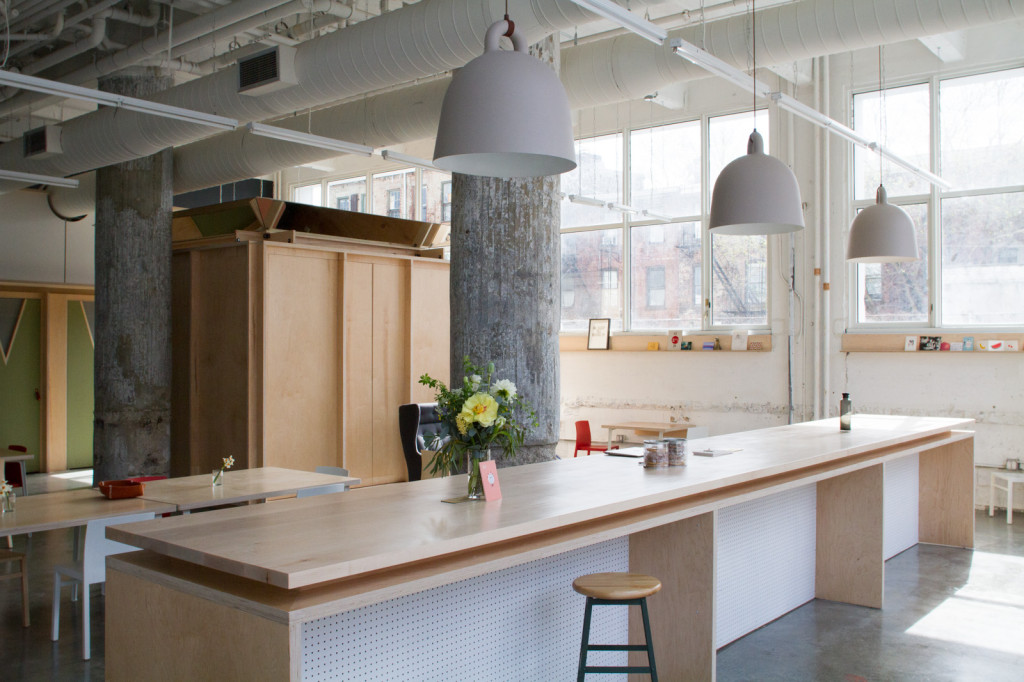 Even by co-working standards, Makeshift Society’s new work space on Hope Street is an anomaly in how very chill it is. For Bryan Boyer, Makeshift’s founder, his company is as much about altering the way we think about our work environments, even non-traditional ones, as it is about creating them.

“If you look at the rhetoric of a lot of co-working spaces, it’s about getting away from the corporate grind,” he says. “It’s about changing the way that we work, but then you actually look at the space and the offering and it’s exactly like an office but you don’t have a boss anymore. That’s a big thing–not having a boss is great–but there’s more to it than that. What we’re trying to do is think about the way that the culture of work is changing and how we can be part of that bigger movement.”

That means doing away with co-working fail-safes like Ikea tables and white walls for starters. Even Beyonce would be surprised by the lack of partitions in this place. In lieu of the traditional trappings of an office, Makeshift positions itself to be more like another model freelancers have become familiar with–a coffice–though it’s a comparison Boyer isn’t entirely comfortable with. He considers Makeshift to be more of a clubhouse for creative types.

“Here we have a lot more power outlets than a cafe does; we have more stable wifi than a cafe does,” he says. “I’ve spent time working as a freelancer in a cafe, and if you show up and the wifi isn’t working for an afternoon, it can have a huge impact on what you’re trying to do, so we’re trying to erase all those kinds of issues but still keep the flexible atmosphere.” 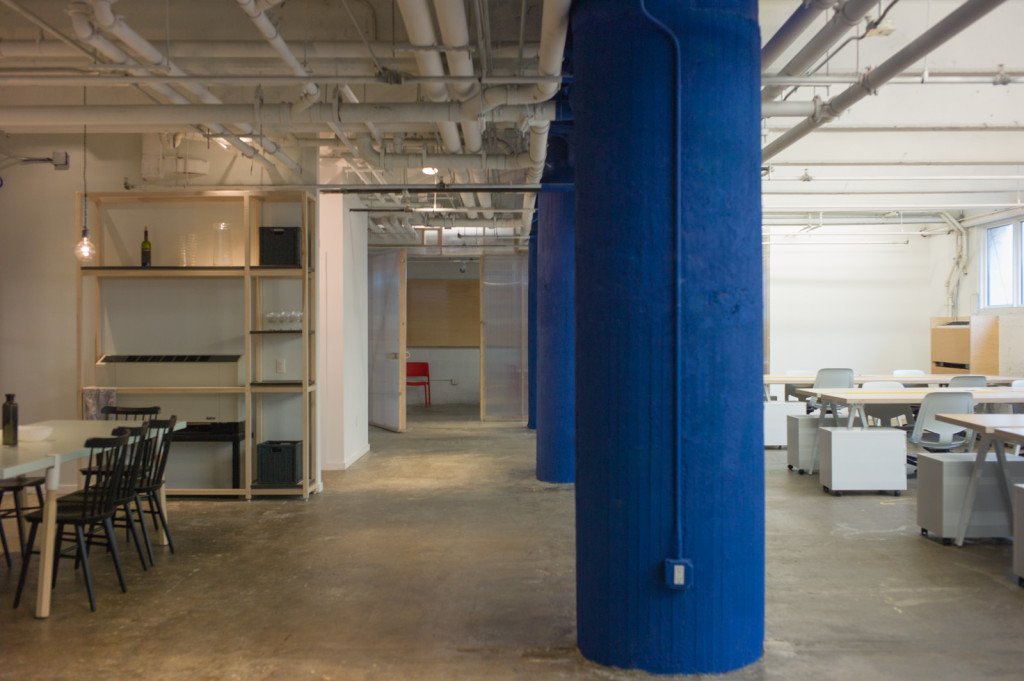 The bi-level space can support between 50-60 people at a time and offers various membership options, as well as day passes, to freelancers, independent owners and small-team startups who need a place to conduct both tactile and web-based businesses. Makeshift’s San Francisco clubhouse, which opened in 2012, has about 300 members.

“We want a space that has a diversity of different levels of development and experience,” Boyer says. “We’re trying to figure out how to create the right ecosystem to start and grow creative businesses.”

Two of Makeshift’s coolest features are a brainstorming cube big enough to fit four to six people, in which the wooden walls are actually camouflaged dry erase boards, and a row of quiet booths–single-person rooms with doors that offer a place for privacy, whether it’s to place a phone call, or a place to escape, Boyer says, when “you need to just go have a personal moment.” What clubhouse would be complete without a place for a time out?

Eighteen private desks, which can be rented monthly for $500, occupy space downstairs with a kitchen and a conference room that can double as a photo studio. Boyer says they plan on offering  professional equipment rentals soon, as well as creative programming, which will be open to the public.

“Makeshift is a social experiment–that’s what happens when you bring a whole bunch of people together–but I think it’s an interesting one,” Boyer says. “We’re still striving to figure out as best as we can how you make a place where people are getting things done but it doesn’t feel like a grind. That’s the line we’re trying to balance on.”