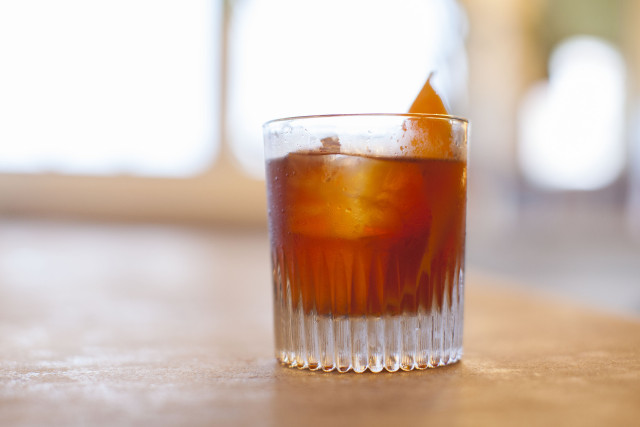 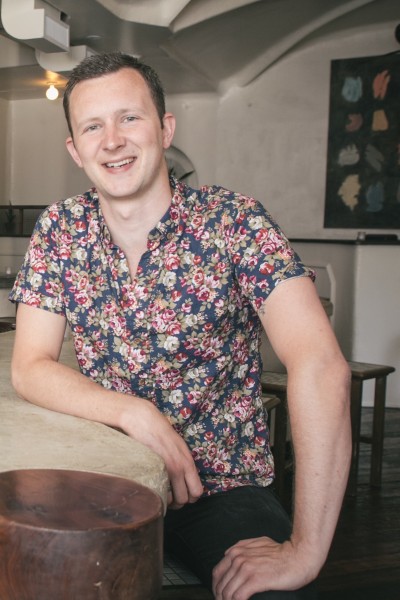 There are neighborhood haunts, and then there are bars worth traveling to because the cocktails are just that good. Our Behind the Bar series profiles the bartenders at these destination watering holes, and in this installment, we pay a visit to Matthew Belanger, head bartender at Donna, the stylish cocktail bar under the Williamsburg Bridge where Brooklyn Tacos are served up seven days a week.

First NYC bar job: A barback at Freeman’s, where he first met Donna’s owner Leif Huckman
Where he drinks when he’s not working: Dram, Maison Premiere, Attaboy, Milk & Honey, Death & Company, Nightcap. “Extra Fancy is popular with cocktail professionals. They have a great drink menu and they serve food until 3am. It’s always a who’s who of cocktail people.”
What he orders: “Every bartender will tell you the ‘handshake’ for bartenders [to size up the other’s skill] is a daiquiri. It’s partly because the daiquiri is so maligned–it has a connotation that it picked up post-Prohibition that has very little to do with the classic daiquiri. The classic daiquiri is really dry … it’s not a blender drink with a ton of sour mix that makes you terribly hungover the next day. If someone sits down at your bar and asked for a daiquiri, you’re going to be like, ‘Where do you work?'” Often though, after a long night of testing cocktails, Matthew prefers just to drink cheap canned beer.
Current cocktail culture pet peeve: The propensity for bartenders and cocktail people to try and outdo each other by “finding the next gross thing”–a trend that accounts for the popularity of challenging ingredients. But he thinks things have gotten out of hand. “People are taking shots of Angostura bitters! It’s legally defined as not potable. You shouldn’t want to drink this. On the one hand I appreciate it, but on the other I’m like, can we please stop trying to provide whose mixological dick is bigger? Can’t we just enjoy the things that we enjoy?”

Leave a Reply to Danielle