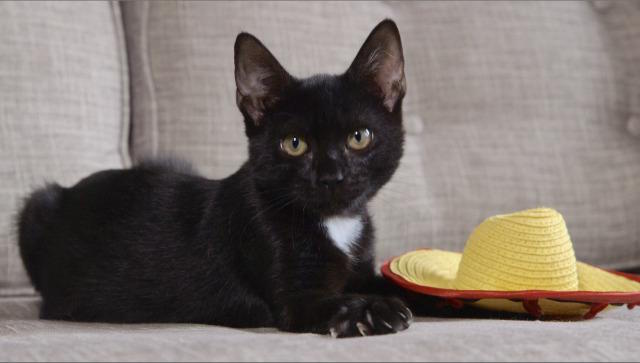 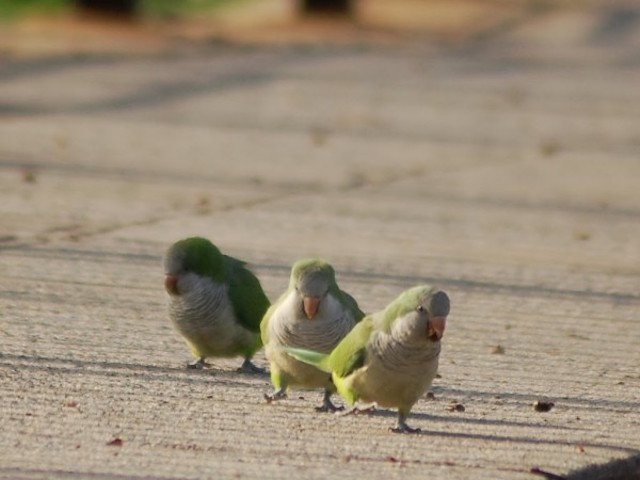 If you’ve ever been curious about Brooklyn’s wild parrot colonies, you can get up close and personal at a safari at Brooklyn College on Saturday morning. Photo: Brooklyn Parrots

It’s a busy week for fans in New York: Thursday marks the return of ComicCon and Tuesday is the beginning of the 35th annual CMJ Music Marathon (stay tuned for our picks of must-see shows, which we’ll post tomorrow). Thousands of fans will be attending events associated with these marquee festivals throughout the city, but if that sounds like too much to deal with there are plenty of lower-key social options on the slate as well.

Sadly, fall no longer means back to school for most of us, but that doesn’t mean you can’t pick up a new skill in your off-time. Tonight, Owl & Thistle is offering a beginners leather workshop from 7-9pm, and each student will leave with his or her own handmade leather wallet. Too last-minute for you? Then register to up your Halloween game at the shop’s Oct. 17 Sew Your Own Cape Costume class.

Fans of hip-hop will definitely want to carve out time to see a screening of Stretch & Bobbito: Radio that Changed Lives, before its run at BAM ends tomorrow.  The documentary tells the story of the two friends behind WKCR’s legendary hip-hop radio show, which helped shine a spotlight on then-unknown acts like Nas, Jay-Z, Big Pun, and Notorious B.I.G.

For years I have been hearing about Brooklyn’s feral parrots, which is a topic that naturally raises a lot of questions in my mind, but I myself have never seen any evidence of these marauding bands of birds. I’ve also never really known where to look, which is why I’m intrigued by Saturday’s Parrot Safari at Brooklyn College. The tour starts at 11am and is free, but requires advance registration.

If you want to really get out into nature in a major way, though, we recommend looking into The Billycan’s upcoming all-inclusive weekend trip to the Adirondacks. Wilderness Field Notes takes place the weekend of Oct. 23-25 and features accommodations in a log cabin by a lake and tons of activities like hiking, group meals, bonfires, kayaking, archery, and fishing, and more. At $275 for the entire weekend, it’s actually a pretty good deal, and there is a round-trip bus option to and from Greenpoint if you don’t have access to your own set of wheels.

As for this week, we’ve got a lot of cool ideas to help you ease into this cool fall weather. Read on for our tips how to make the most of Your Ideal Week ahead: 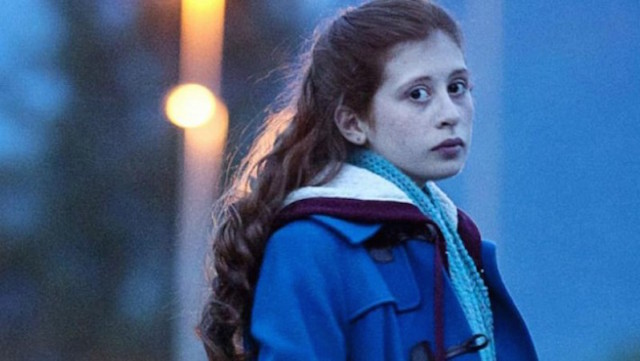 This girl has been dead for 4 years and she didn’t even realize it. Check out Rooftops Films’ screening of The Returned on Thursday night to learn more about this super creepy French zombie town. Photo: The Returned

We’re getting closer to Halloween, and what better way to get in the mood than with a special, free screening of spooky shorts and one eerie show at the Bushwick Generator this Thursday night with Rooftop Films. First, loosen up at a 7pm pre-show reception featuring live music and sponsored by New Amsterdam Vodka and Ommegang Brewery. Then, at 8pm, catch Episode 1 of Season 1 of The Returned, an extremely creepy French TV show about a small town in the mountains that is suddenly revisited by a group of its former citizens who died years earlier and don’t know that they are dead. SundanceTV will begin airing Season 2 of the critically-acclaimed drama later this month, so now is perfect time to start getting caught up. The Returned will be immediately followed by a series of several scary short films. Register for free here. –K.H.

Who can resist a kitten with his own tiny sombrero? Check out KittyKind’s charity cat auction on Friday night in Gowanus. Photo: KittyKind

Friday, October 9
If you love (or at least don’t hate) cats and are looking to raise money for a great cause, you might be interested in heading to Bahche Bar & Grill in Gowanus this Friday night for an evening of kitty-based charity. To kick off the weekend, the bar will host a silent auction to benefit adoption agency KittyKind, inviting eager bidders to vie for the chance to win everything from custom pet portraits and autographed books to original artwork from local creatives, including Paris Is Burning director Jennie Livingstone. Admission is free, but be sure to pre-register for your bidding number here if you’d like an early start. Doors open at 6pm. — N.R. 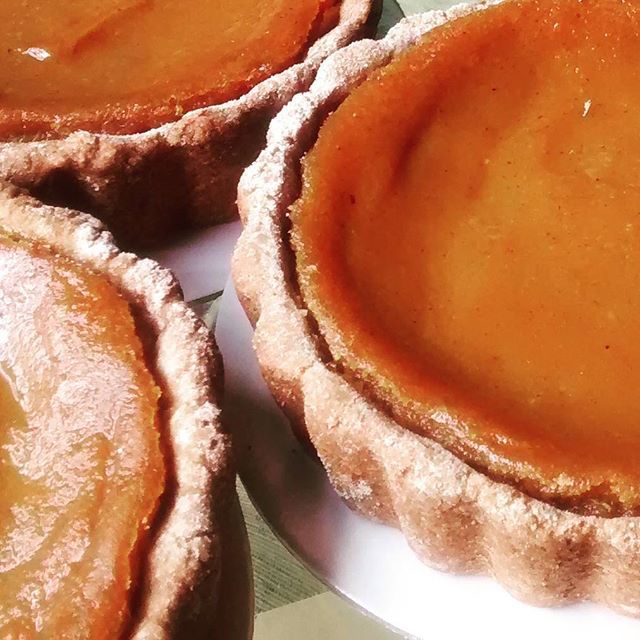 Would you believe this pumpkin pie has no milk, cream, or butter? Check out this and other vegan eats that are actually delicious at Saturday’s Vegan Shop-Up at Pine Box Rock Shop. Photo: Vegan Shop-Up

If you are a vegan or someone who is just looking for a healthier way to enjoy your pumpkin pie this fall, you won’t want to miss Saturday’s installment of the ever-popular Vegan Shop-Up at Pine Box Rock Shop, Brooklyn’s favorite vegan-friendly bar. From noon-6pm, sample 100% vegan versions of the aforementioned pie, ice cream, donuts, empanada, mac & cheese, brownies, and more, all made by a curated lineup of local vendors. This might be a low-cholesterol party, but it’s a party all the same, and there will be cocktails available a Happy Hour prices throughout the event. Entry is free, but you should hit the ATM before you arrive so you can bring home some tasty treats to get you through the week. –K.H. 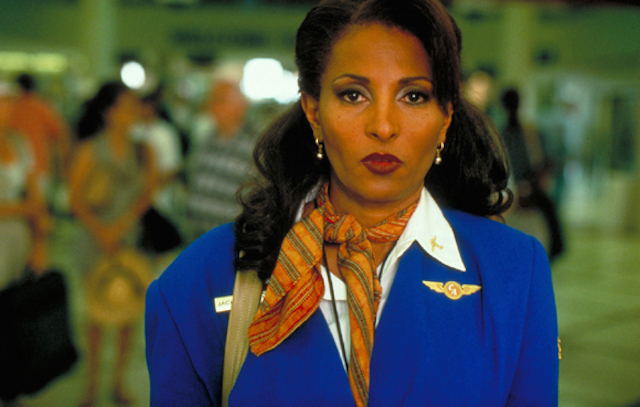 When temperatures suddenly plummeted last week, we learned the hard way that summer is really and truly over, but that doesn’t mean that one of the best parts of the warmer months—free outdoor movie screenings—has to come to an end! On Sunday night, head to Mexi-Cuban eatery Habana Outpost for a big-screen showing of Quentin Tarantino’s Jackie Brown, starring 1970s blaxploitation star Pam Grier as the ass-kicking titular character, alongside Samuel L. Jackson, Michael Keaton, and Robert De Niro. Admission is free, but bring your wallet along if you plan on noshing on Habana’s world famous Mexican street corn. Trust us, you’ll have a hard time resisting it. The movie starts at 8pm. –N.R. 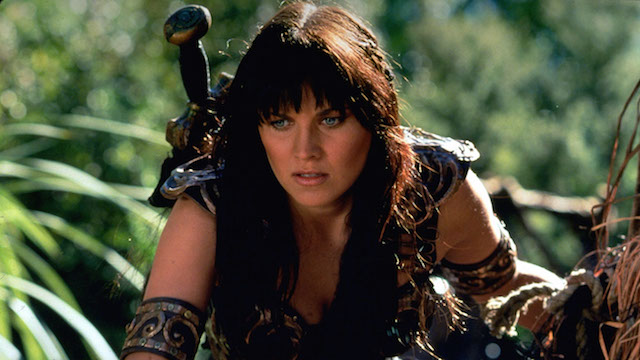 If, like me, some of your formative years were spent watching Xena: Warrior Princess, or you’re a huge fan of the Evil Dead series, hold onto your hats because this Monday night, the Bell House will host a taping of Ask Me Another and the night’s special guests are none other than Xena herself, Lucy Lawless, and Evil Dead star Bruce Campbell. The two are dropping by Brooklyn to talk about their new comedy horror show, Ash vs. Evil Dead (Starz), while putting their minds to the test through a series of brain teasers, puzzles, and trivia questions. Tickets are $20 in advance or $25 at the door. The show begins at 7:30pm. –N.R. 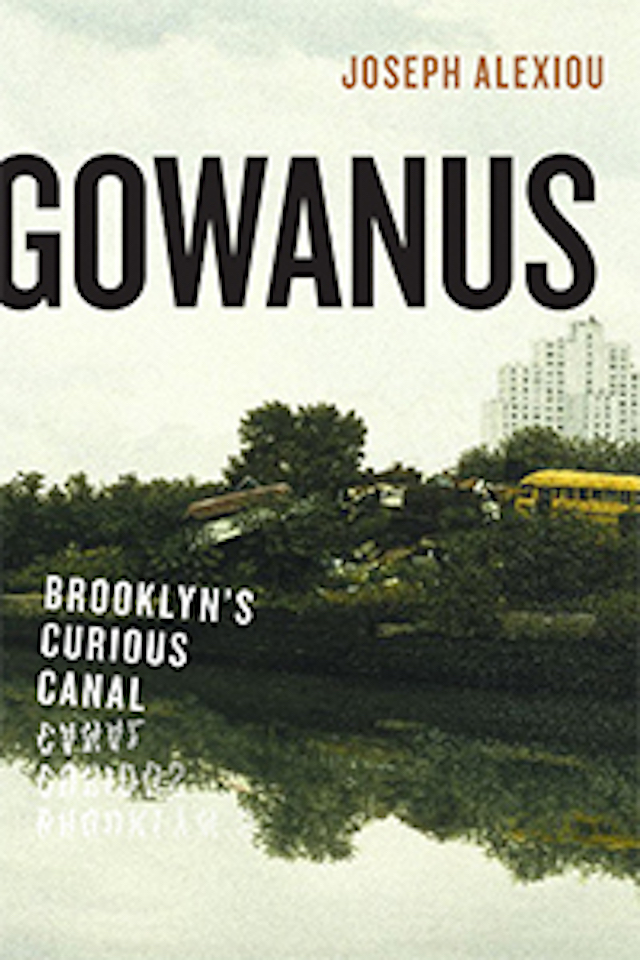 Learn all you ever wanted to know about the Gowanus Canal on Tuesday’s talk with historian and canal expert Joseph Alexiou. Photo: NYU Press

There are few things that Brooklynites love to talk about more than that filthy, gonorrhea-infested waterway that is a Superfund site and (allegedly) the final resting place of mafiosos and baby whales alike: the Gowanus Canal. Historian Joseph Alexiou has been researching the canal for years and is finally set to dispel all the myths and confirm all the gossip with his new book: Gowanus: Brooklyn’s Curious Canal. On Tuesday night, he will be discussing the book and the canal’s unique role in Brooklyn’s real estate and industrial history at a special event at the Brooklyn Historical Society that starts at 7pm. Tickets are $10.–K.H. 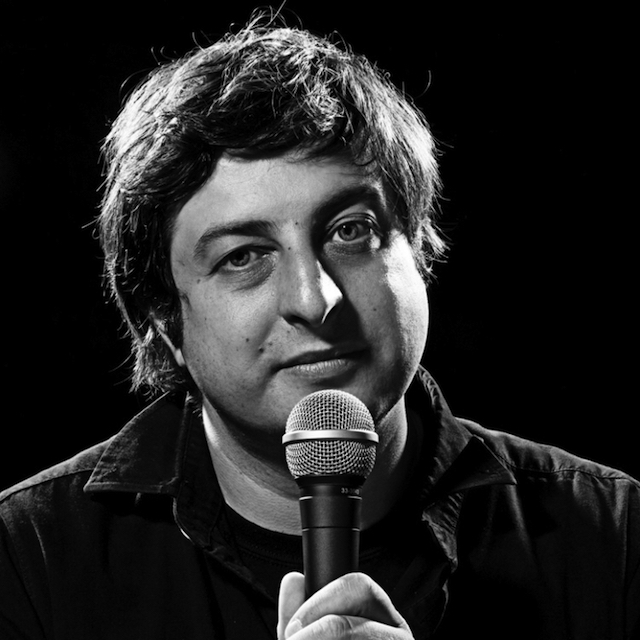 Eugene Mirman joins Jon Ronson and Maeve Higgins on Wednesday night at a comedy show at Union Hall that is all about moving to NYC. Photo: Eugene Mirman

Here’s a new twist on the standard monthly comedy show: A bunch of hilarious people get together and talk about the experience of moving to New York from elsewhere. Join hosts Jon Ronson (known for writing The Psychopath Test, among other things) and standup comedian Maeve Higgins at Union Hall on Wednesday for I’m Here, Can You Show Me Around?, an evening devoted to the idiosyncratic experience of making the Big Apple your new home. This month, there will be some extra special star power to the stage in the form of Eugene Mirman, who will be joined by Charlie Pickering, Josie Long, and Nina Roberts. The show starts at 8pm; tickets are $12 and are available here. –K.H.