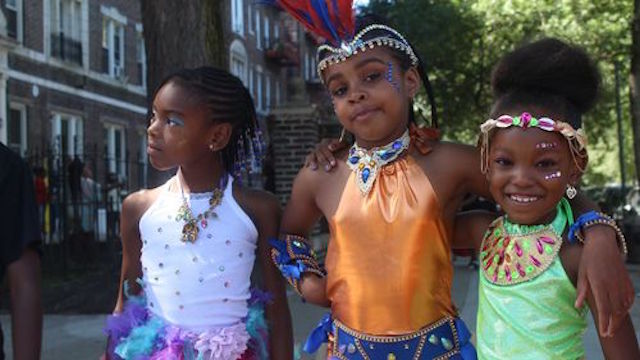 Check out photographer Courtney Mooney’s ongoing portraiture series of her neighbors at the opening reception for Souls of Lefferts at Tugboat Tea Company on Saturday. Photo: Courtney Mooney

Hey folks, if you were worried that the highlight of your week was going to be avoiding bottomless pools of sludge collected at crosswalks, never fear–Your Ideal Week is here to the rescue.

Connect with nature in a way that might seem elusive this time of year at the Brooklyn Grange’s Intro to Beekeeping workshop this Thursday night at the Brooklyn Navy Yard. If you’ve ever had an urge to try your hand at beekeeping, or if you’re just interested in learning more about bees and their outsized role in maintaining our ecosystem and food supply, apiculture expert Tim Cerniglia will be on hand to teach you everything you need to know. Tickets are $40 and are available here.

Friday night, shed your coats and shake it with The Loyales, a nine-piece band that will make you dance your socks (and boots) off. We’re co-hosting the party with Lucy Music and 501 Union, where the band will be playing R&B, pop, funk, and Motown classics. The night begins with a cocktail hour set at 8pm, before the full-on dance party gets underway at 9. It’s $10 at the door, but you can RSVP here to get in free.

On Saturday, head to Prospect Lefferts Gardens to see local residents on display at the opening reception for Souls of Lefferts, an ongoing portraiture project by local photographer Courtney Mooney focusing on the people she interacts with in her neighborhood. The exhibition goes live at 6pm at the Tugboat Tea Company. Afterward, head to Industry City Distillery for drinks and a dance party featuring big brass band ensembles No Small Money Brass Band, New Sound Brass, and Diggs Natasha Diggs starting at 8pm.

We’re just getting the ball rolling here though–keep reading for more ideas of what to do with yourself between now and next Wednesday. 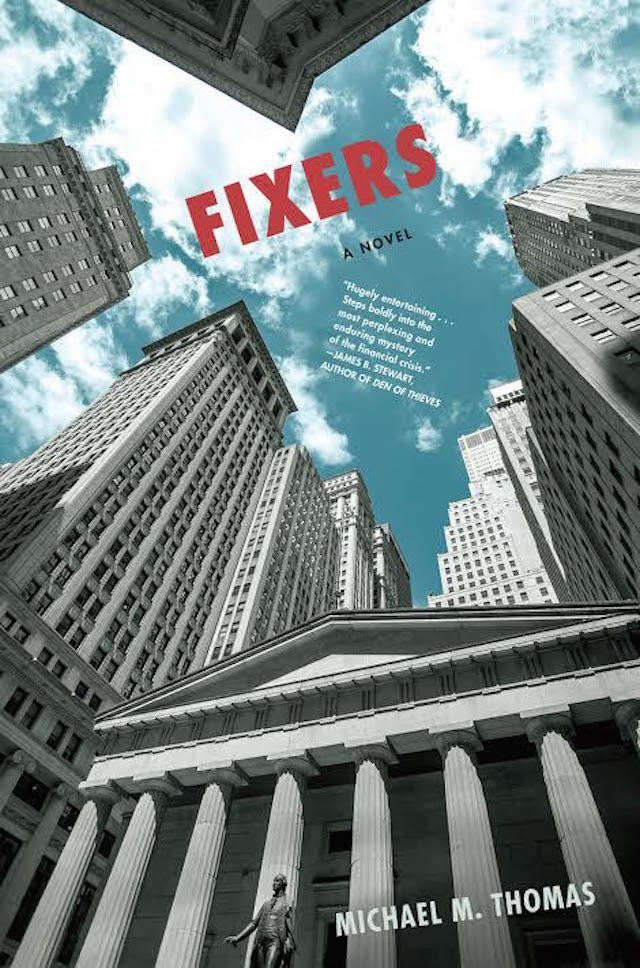 Brooklyn financier-turned-bestselling-novelist Michael M. Thomas is celebrating the launch of his latest thriller about the 2008 financial crisis at powerHouse on Thursday. Photo: powerHouse Arena

Thursday, Jan. 28 Judging by the popularity of the recently-released film The Big Short, the collective appetite for insight on the 2008 financial meltdown hasn’t waned much in the ensuing eight years. On Thursday night, powerHouse Arena is hosting a launch party for the latest book to tackle the topic, a Wall Street thriller that examines the intersection between finance, politics, crime, and corruption. Fixers is a fictional account of circumstances that might have caused the crisis written by Brooklyn’s very own Michael M. Thomas, a partner at Lehman Brothers before he reinvented himself as a best-selling novelist. RSVP here to see him read from and sign his latest, which has received an impressive amount of advance praise, from 7-9pm. –K.H. 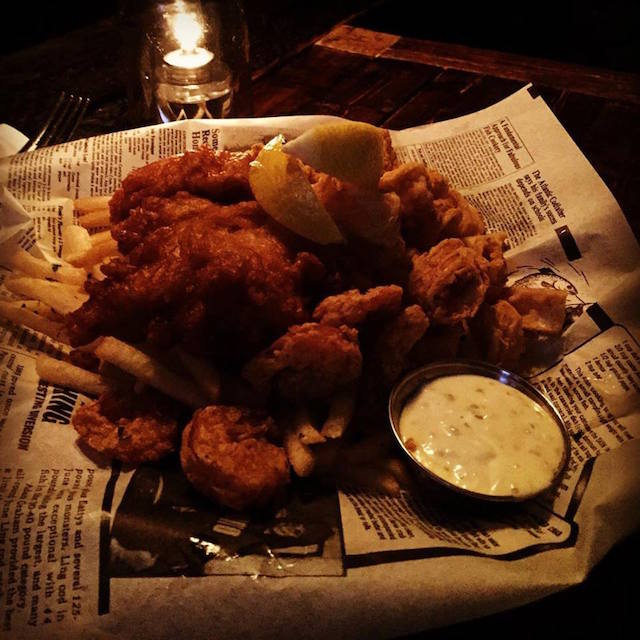 A proper pub-style fish and chips supper can be yours for just $12 bucks at the Black Swan’s weekly Fish Fry on Friday night. Photo: Black Swan

Friday, Jan. 29 Anglophiles looking to get some more cozy British pub suppers into their lives should check out the Black Swan’s daily specials, like the Fish Fry, which is on the menu every Friday night. Starting at 5pm and running until late night, you can get a mess of proper for fish and chips (plus shrimp and calamari too) for just $12. Round out your meal with selections from a robust beer and cocktail menu and one of my favorite treats from my semester abroad in the UK, the almighty Lion Bar. Feeling lazy and okay without a draft beer? You can order your chips in on Grub Hub, too. –K.H. 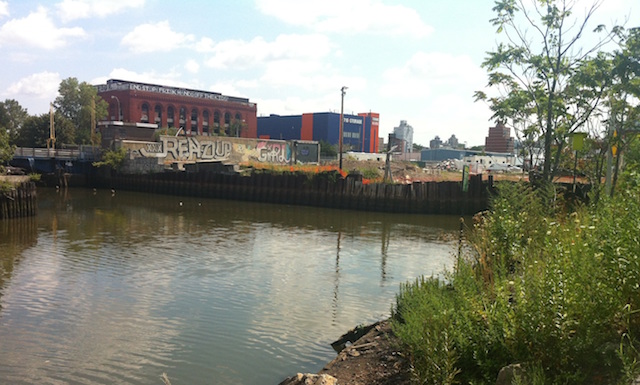 Saturday, Jan. 30 Sure, it’s easy to make fun of the Gowanus Canal, what with its Superfund status, distinct aroma, and floating STDs, but instead of going for low-hanging fruit, maybe it’s high time you gave the toxic waterway some much-needed love and attention. This Saturday, drop by Littlefield (located a safe distance from the canal itself) for Antifreeze 2016, a fundraising gala in support of the Gowanus Canal Conservancy, a nonprofit dedicated to cleaning up and beautifying the canal and its surroundings. There will be food provided by local faves Lot 2, Fleisher’s and Runner & Stone, Brooklyn Brewery beer, live swinging gypsy jazz from The Hot Club of Bushwick, a silent auction featuring Brooklyn-themed goodies on the block, a late-night DJ set, and general good times to be had by all. Tickets to the post-dinner dance party start at $20, while $125 will buy you dinner, a beer, a Conservancy membership, and that good feeling that comes with supporting a great local cause. –N.R. 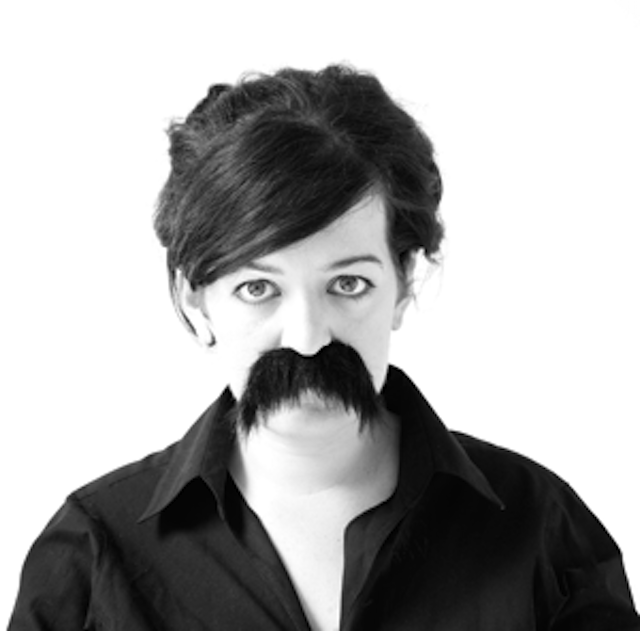 Maeve Higgins is one of the hilarious comedians who will be showcasing her talent to support 829NYC’s kids’ writing programs at the Bell House on Sunday night. Photo: Maeve Higgins 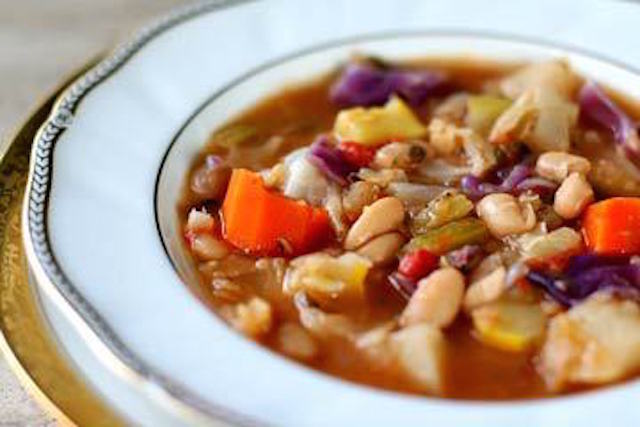 Monday, Feb. 1 Forget salads, parfaits, and other frou-frou dishes: Winter time is the season for hearty, substantial meals. What’s more, winter is the perfect time to keep your meals simple. This Monday night, Brooklyn Kitchen will host a class dedicated entirely to one-pot meals. Over the course of two hours, students will learn how to make the perfect tomato basil pasta, homemade chicken apricot and date stew, a tummy-warming kale, chorizo, and white bean soup, and a deliciously sweet quick apple crisp. Bonus: Every dish offers super easy clean up when everything is said and done. Tickets are $85; the class starts at 6:30pm. Or, if you’d prefer to try something new at home, read this amazing article about Mississippi Roast, plus updated recipe, by Sam Sifton. –N.R. 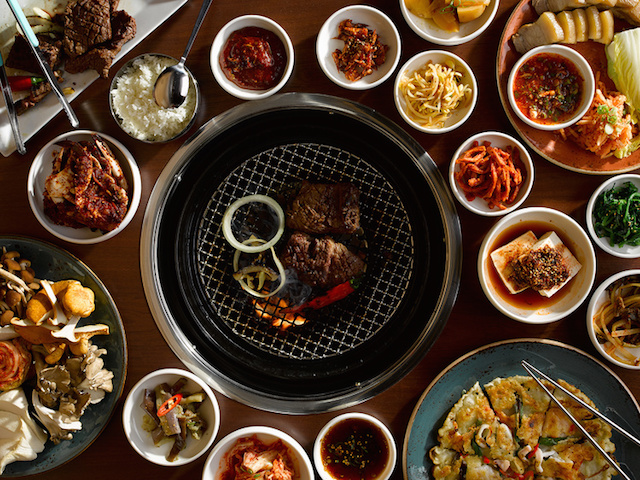 Dig into delicious Korean bbq before you serenade the crown with some killer karaoke at Gowanus newcomer Insa. Photo: Insa

Tuesday, Feb. 2 If you haven’t yet heard, the people behind The Good Fork have finally opened Insa, their long-awaited Korean BBQ/ Karaoke joint in Gowanus.  This is very welcome news for any fellow KFC and karaoke enthusiasts out there, who were probably aware that finding a one-stop shop for both items previously meant a trip to K-town in Manhattan. I unfortunately haven’t been yet, but I’m guessing that things are pretty booked up on weekend nights from now until 2017, so it seems like a chilly Tuesday night would be the perfect time to get into some bibimbap and power ballads. And if it’s too crowded even mid-week, you can always pop across the street to Three’s Brewery, which is offering an awesome menu from Fleischer’s Craft Butchery through Feb. 7. –K.H. 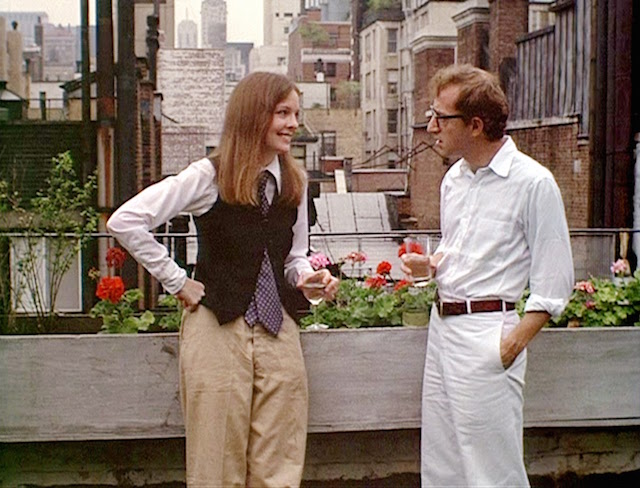 Wednesday, Feb. 3 We here at Brooklyn Based are huge fans of Nitehawk Cinema, the dine-in, drink-in cinema in Williamsburg that prompted the question: “Why isn’t every movie theater also a restaurant/bar with service during the  movie?” I guess we weren’t the only ones, because Bushwick now has Syndicated, its very own movie house with a full kitchen and a cocktail, beer and wine menu. Wednesday is a great time to check the new place out– there are three screenings of Annie Hall, the classic Woody Allen rom-com that still wins the rom-com game, at 6, 8, and 10:10 pm. Tickets are just $3 (!) and can be purchased at the venue from the bartender. Also note that Syndicated will be screening all of the Academy Award-nominated shorts on February 19, 20, and 21– buy tickets online now to ensure that you have these categories of your Oscar pool on lock for once! –K.H.