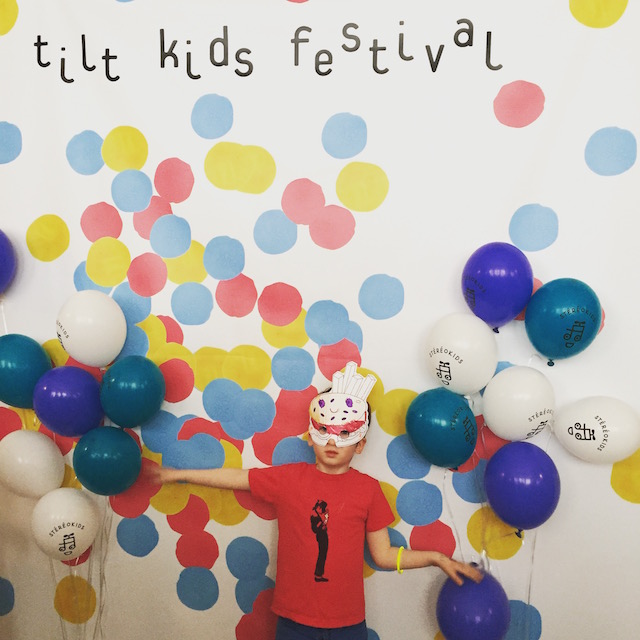 Is the Tilt Festival worth checking out? Oui! There are still a few events throughout April Photo: Meredith Craig de Pietro

If your family hasn’t yet checked out the second annual Tilt Kids Festival, presented by The Cultural Services of the French Embassy and the French Institute Alliance Française (FIAF), there’s still time! This Saturday, April 8, celebrate storytelling (for free!) with Fanny de Chaille: The Teens Library, a living library where a teen will tell a story to your family one-on-one. On April 11-16, enjoy The Seven Fingers, a food themed circus from Montreal. Tickets are $45-$99. Plus, the Hervé Tullet exhibit (reviewed below) continues through April 22. My 7-year-old son and I have been having a bon temps with the international artists and events. If you still need convincing. here are the highlights, so far.

The closest things kids have to celebrities are beloved book authors. That would explain why families turned out in spades for the opening of This Isn’t Trash, the first New York exhibition of work by Hervé Tullet, the wildly imaginative artist and children’s book author. Kids know and love Press Here, and this family-focused opening at The Invisible Dog Art Center on March 4 explored his signature style with colorfully painted, torn, taped, creased and reassembled sheets of paper that were hung from the ceiling. Kids were invited to wade through a box of scrap paper, and find their own torn paper for inspiration, which was my son’s favorite part. A never ending line of fans queued up to have the artist sign copies of their favorite book, while the author beamed merrily from his perch behind the table. The show is on display until April 22. 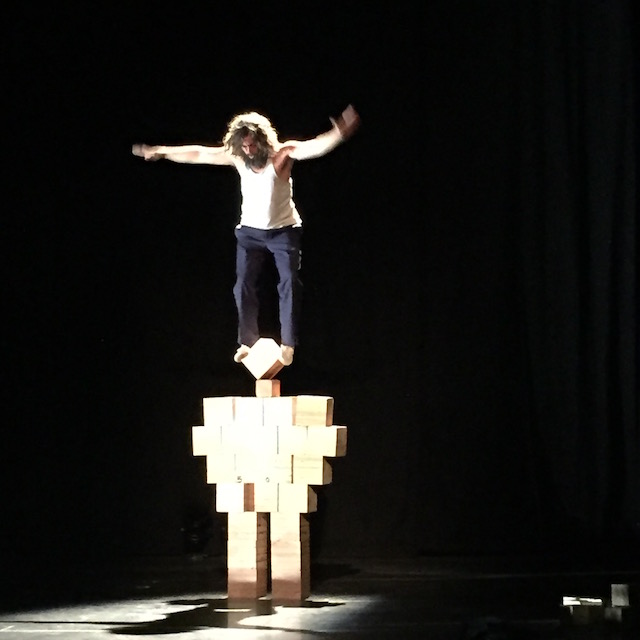 With daring feats and dangerous stunts, Nacho Flores made every kid in the audience rethink playing with blocks. Photo: Meredith Craig de Pietro

If you have ever seen the TV show Baskets starring the comedian Zach Galifianakis then you’ll have an easy time imagining the performance of Nacho Flores in his zany balancing act. Originally from Madrid, he is half mime, half tightrope walker, and had the kiddie audience giggling profusely as he balanced his way across wooden cubes to water an impossibly placed plant. My son clapped with glee as Nacho climbed upon wooden robots which crashed down around him. A girl behind us kept yelling “What is he doing? What is he doing?” We were all kept on the edge of our seats waiting for the block towers to fall. The program notes described the act as “a fusion between sculpture and circus.” But the audience was just as fascinated by the seemingly imminent danger of Nacho taking a fall. 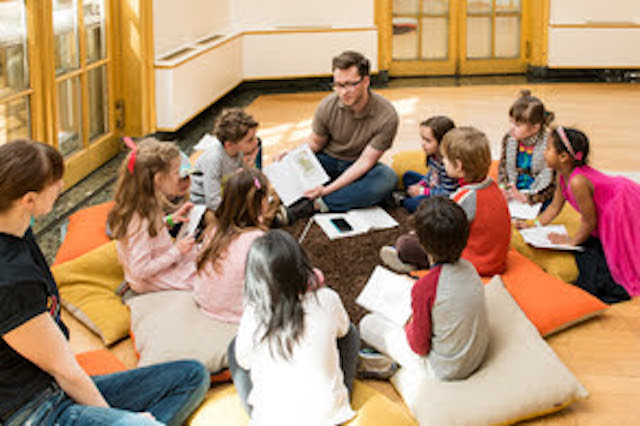 We attended a free event on March 19 at the Brooklyn Public Library that was put on by Simon Critchley and PhD students from the Institute of Philosophy For Kids in Montclair, N.J. They broke the kids into small groups and brought them into labs. According to my son, they pondered such questions as “Is a person the same as a baby or an old woman?” or “If you chew a piece of gum, is it the same piece of gum?” My son was happy to chew a piece of gum. The parents weren’t neglected either. Ariel Sykes led a discussion on how to begin philosophical discussions with kids. Being genuine with wanting to understand kids, and letting them know when you don’t know an answer are just a few of the techniques. I left with this philosophical question: Instead of rushing kids around to after school classes, what if we just sat with our kids looking at the clouds and pontificating on infinity? 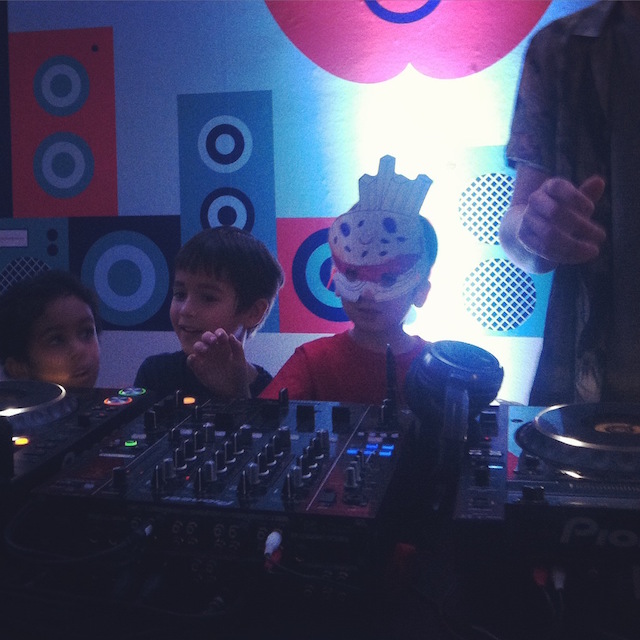 Kids got a chance to get behind the turntables at this family dance party. Photo: Antonio de Pietro

Pedro Winter, aka Busy P., is a French DJ best known as being the manager of Daft Punk. On March 25, he hosted a free dance party on a floor of the Cultural Services of the French Embassy building on 5th Avenue. Kids were encouraged to get behind the turntables, and the electronic music blasted while kids and adults danced. There were also crafts and a (temporary) tattoo station, but the party was on the dance floor with a freeze dance contest, Michael Jackson throwbacks, and floating balloons. My son ate sugar and boogied down until he was sweating. I spotted a brave mom in stilettos dancing with her daughter sitting on her shoulders. It was just that kind of party.