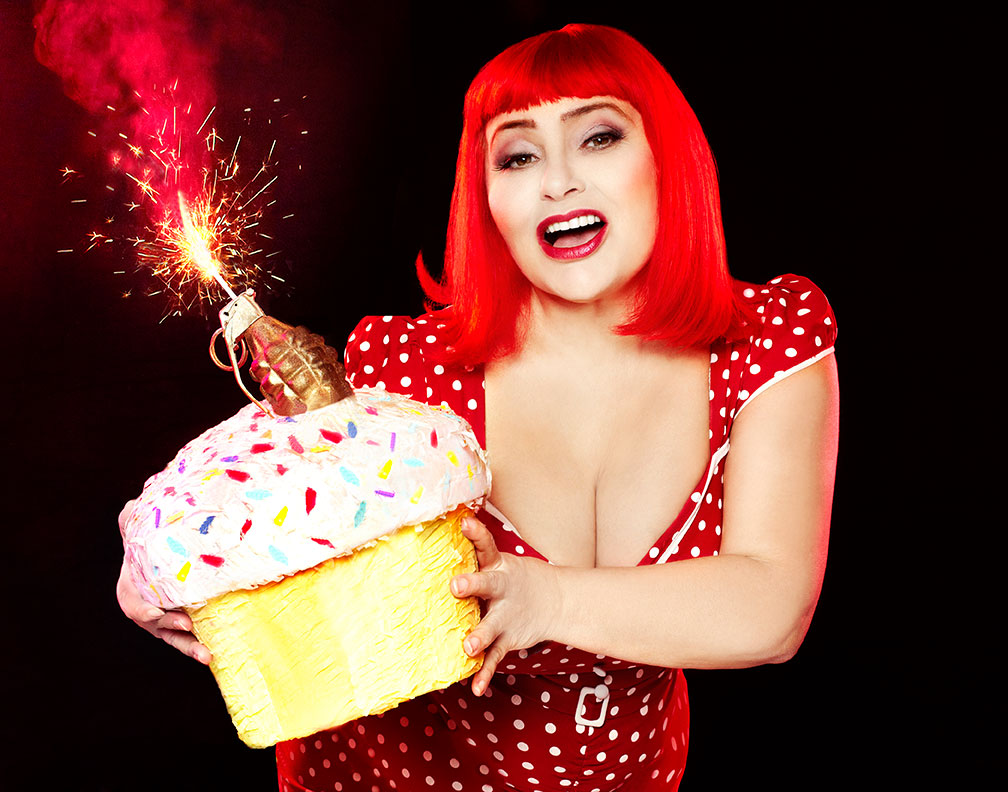 This is not another nostalgic ode to a lost New York, cobblestones and cast iron paved over by concrete, glass and steel. Longing Lasts Longer is a mix of memoir, stand-up comedy, and cultural critique that hooks you in with stories about Warhol superstar Brigid Berlin’s penchant for running around Max’s Kansas City with a needle full of speed, just waiting for a victim. Then, once she’s got your attention, Penny will casually drop truths like: “There is a gentrification that happens to neighborhoods and cities. But there is also a gentrification that happens to ideas.”

If anyone can shock us out of complacency in our post-Trump world, it’s Penny Arcade. The anger, wit, and insight that she packs into 75 minutes is just the energizing force New York, and maybe the whole country, needs.

In Longing Lasts Longer, Arcade plays the role of professor, one who, as she notes, didn’t go to college herself, but manages, without a PowerPoint or special effects, or even a set, to leave the audience wondering what went wrong, not simply in New York, but in our culture. Perhaps the references to PC culture and language policing on Facebook could have been edited out–her rant against trigger warnings and safe spaces is the only part that feels a little tone-deaf, and perhaps beside the point in the advent of a post-Trump America.

A powerhouse in a sheer red blouse, white pants and a strong New York accent, Arcade, accompanied only by a soundtrack that includes everything from Lou Reed to Bow Wow Wow to the Sex and the City theme, guides us through decades of cultural criticism and the history of advertising, from Edward Bernays, the father of modern public relations, to Guy Debord’s integrated spectacle theory, to why “cupcakes represent what Hannah Arendt called ‘the banality of evil,'” and how all of this relates to why we’re living in what she calls “ a monogenerational culture.”

We’re in a time, she explains, when everyone, in books, in television, in movies, is portrayed as being in their twenties and thirties, where “the high point of a lived life is currently viewed as being between the ages of 12 and 25.” Arcade may joke that the audience is dozing off to her forays into sociology and psychology, but if the hundred or so of us leaning forward in our seats were any indication, most of us agree with her that “thinking is sexy,” and that fame and financial success is not the pinnacle of achievement.

Arcade may miss affordable rent and CBGBs as much as the next New York Yorker over thirty, but she’s not here for your nostalgia. She knows you might have come from her wisecracks about Patti Smith and stories about the bad old days, but that’s just icing. She may be angry, but that just means she’s also energetic. After all, as she puts it, at 65 she’s in “the youth of my old age.” Those of us who are half her age should take note–she’s getting up on stage every night, what are we doing?

Longing Lasts Longer is at St. Ann’s Warehouse through Dec. 11; tickets start at $35.