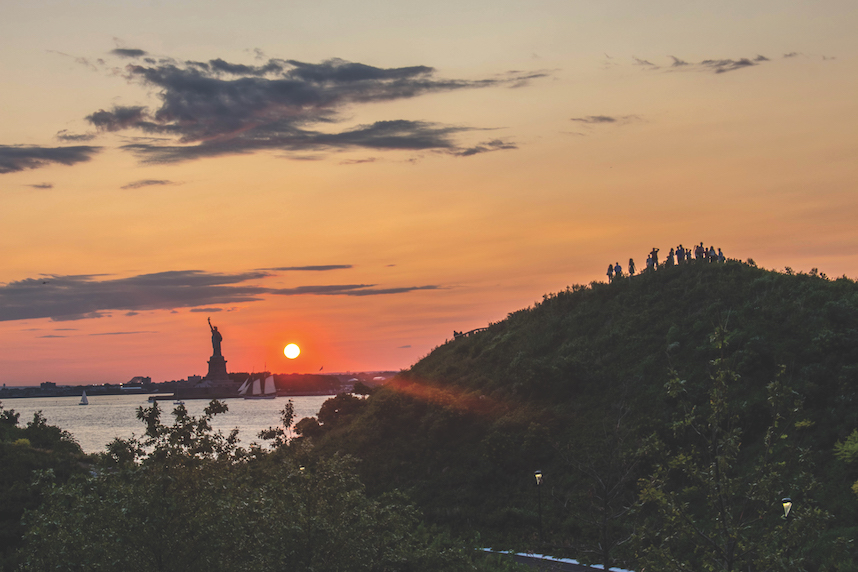 After enduring a winter that seeped into spring, most of us are just happy to be able to count on solid, 60-degree days. But it’s time to move on to anticipating all the fun things that go with warm weather in NYC, like the opening of Governors Island on May 1. Here’s what to look forward to, and what to expect if you plan to glamp on the Island, eat tacos at its brand-new waterfront restaurant or step onto the floating food forest docking there this season.

Governors Island will now be open till 10pm on Friday nights from Memorial Day weekend through September 14, so you can catch the sunset no matter where you are on the Island. The last ferry from the Maritime Building in Lower Manhattan will depart for the Island at 7:30pm, so you don’t have to rush after work to be able to eat, drink, explore or even grill once you arrive. Returning ferries to Lower Manhattan leave every hour on the hour at 6, 7, 8, 9 and 10pm.

2. A brand-new outdoor film series with the Film Society at Lincoln Center 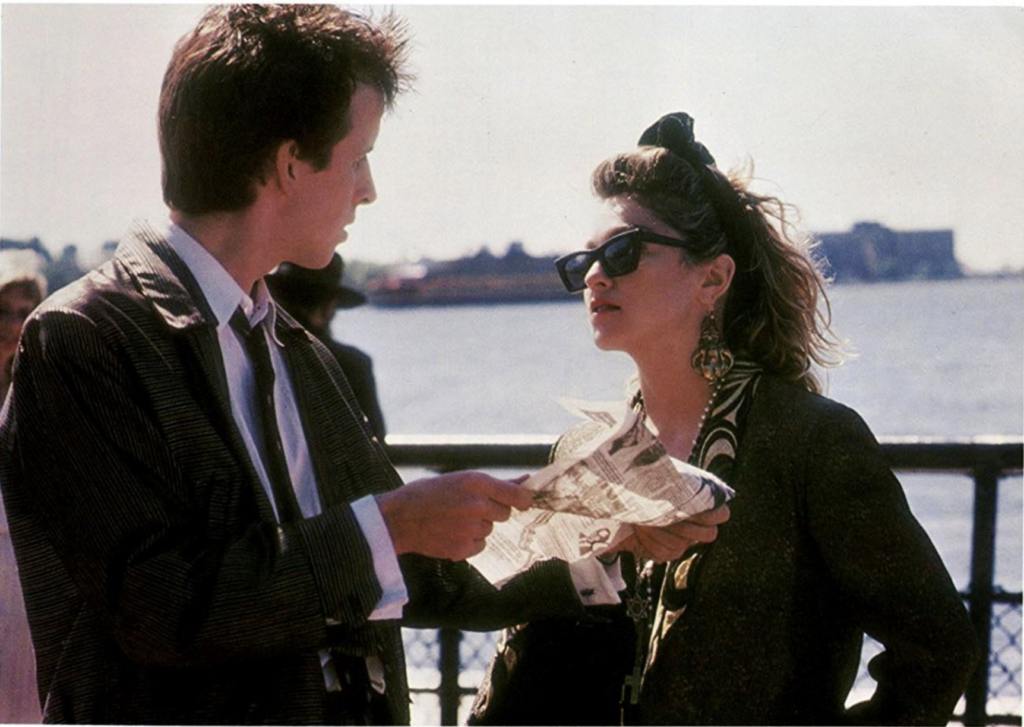 “Desperately Seeking Susan” is one of the cult movies in the first-ever outdoor film series on Governors Island this summer, all of which feature the NYC skyline.

Those late hours on Friday nights will make it possible for Governors Island to screen outdoor films on the newly restored Parade Ground, in full view of Lower Manhattan. The series, ‘Escape in New York: Outdoor Films on Governors Island,’ is curated by The Film Society of Lincoln Center, with Rooftop Films managing its technical production. The four-film series kicks off in June, and the New York City skyline figures prominently in each. Pencil in these dates: June 8: ESCAPE FROM NEW YORK (John Carpenter, 1981, 99m), with THE ROAD TO MAGNASANTI (John Wilson, 2017, 15m); July 13: DESPERATELY SEEKING SUSAN (Susan Seidelman, 1985, 104m), with MY LAST FILM (Zia Anger, 2015, 9m); August 10: GHOSTBUSTERS (Ivan Reitman, 1984, 107m), with REVIEW (Dustin Guy Defa, 2015, 4m); and September 14: THE LAST DRAGON (Michael Shultz, 1985, 109m), with HERNIA (Jay Giampietro, 2015, 12m). Screenings start at dusk, but arrive early to claim your spot on the eight-acre lawn and enjoy the pre-screening entertainment. 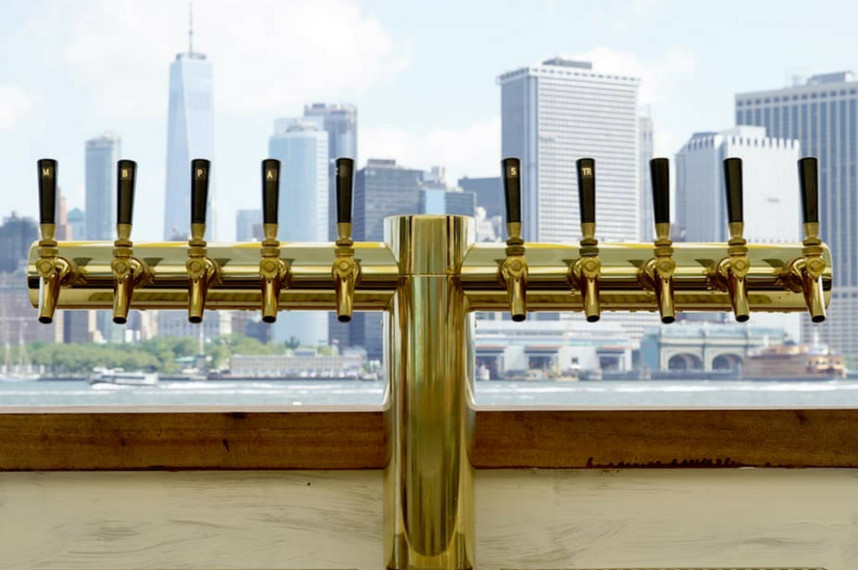 This is the view from Island Oyster. Now imagine shifting your perspective a little to the left. That’s the skyline you’ll see from Taco Vista. Photo: Damian Prado

Governors Island is already home to three boozy destinations: the beer gardens at Little Eva’s and Governors Beer Co, as well as the island’s first full-fledged restaurant, Island Oyster, which opened last summer. By late May it will add a cantina and taqueria called Taco Vista (or perhaps Taco Beach; the name is still TBD), which will be to the left of Island Oyster and Soissons Landing where the Manhattan ferries dock. Run by the same team at Governors Beer Co., it will feature house-made frozen margaritas, lager-style beers and of course, tacos, filled with everything from slow-roasted pork to sashimi tuna. Expect a late May or Memorial Day weekend opening.

4. Swale now has permanent digs on the island 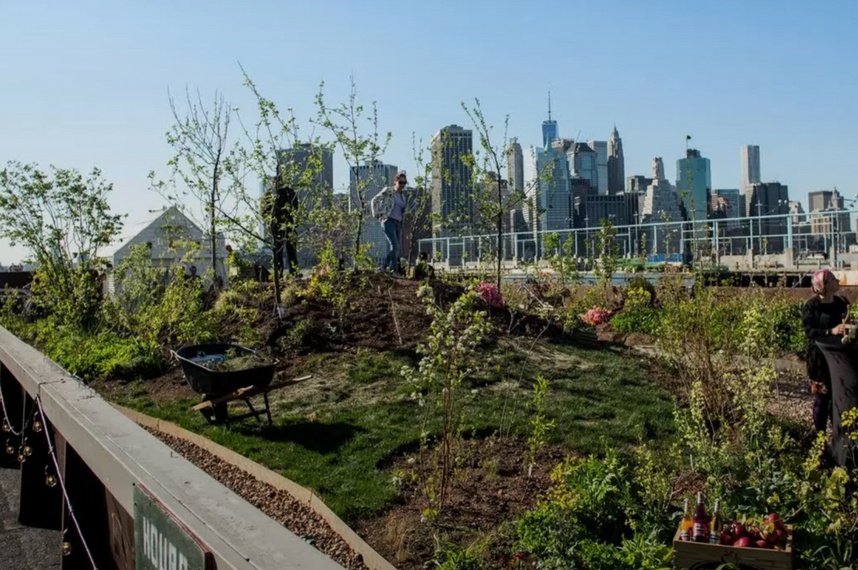 After docking first at Brooklyn Army Terminal from May 5-July 1 this summer, the floating food forest and public art installation Swale will move to Governors Island July 2, in time for a new round of visitors to step aboard the 5,000-square-foot barge and harvest herbs, fruits and vegetables. But for the first time ever, the artist-made island will have a home on land as well. Starting in June it will occupy a house in Nolan Park where visitors will be able to take horticultural and food-consciousness raising workshops, and visit its garden within the Island’s Urban Farm. Stay tuned for details here.

5. The woman who helped bring us “Fly By Night” will be in charge of public art 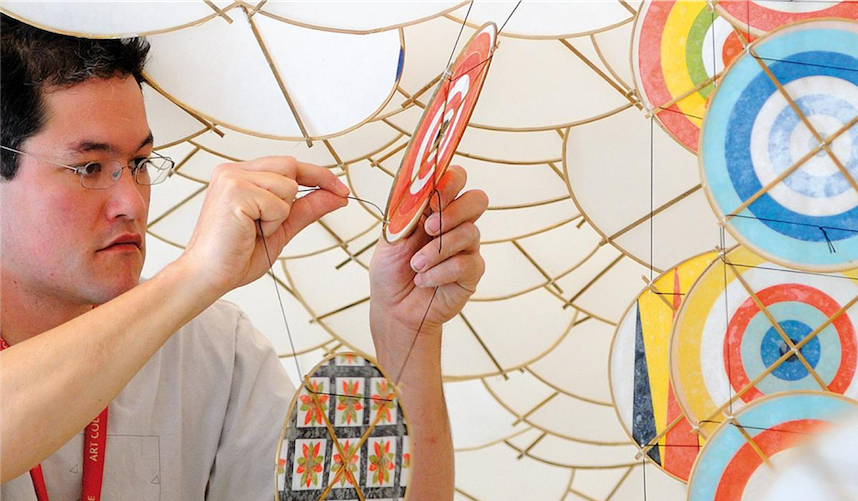 Queens-based artist Jacob Hashimoto has exhibited around the world, but his Governors Island art installations mark his first major exhibition in NYC. Photo: The Trust for Governors Island

This year a public art exhibition by artist Jacob Hashimoto will take over two prominent spots on the Island. The Eclipse, featuring thousands of black and white rice paper kites, will hang in the recently renovated St. Cornelius Chapel like an advancing fog. A second, contrasting installation, Never Comes Tomorrow, consists of hundreds of colorful wooden cubes and steel funnels that will hang overhead in the Ligget Hall Archway, marking the threshold between the Island’s Historic District and its present and future parkland. The exhibition is curated by Meredith Johnson, who was instrumental in making Duke Riley’s Fly by Night art experience last summer a reality, and represents a new, more ambitious phase in its public art programming. It opens June 2 and runs through the end of the season, October 31.

6. After being closed since 2013, St. Cornelius Chapel reopens

The newly renovated St. Cornelius Chapel will be open to the public again in all its stained glass glory this season. Built in 1846, it has fallen in and out of the hands of Trinity Church, of which it is now a part again. Expect a beautiful, contemplative setting for Jacob Hashimoto’s art installation. 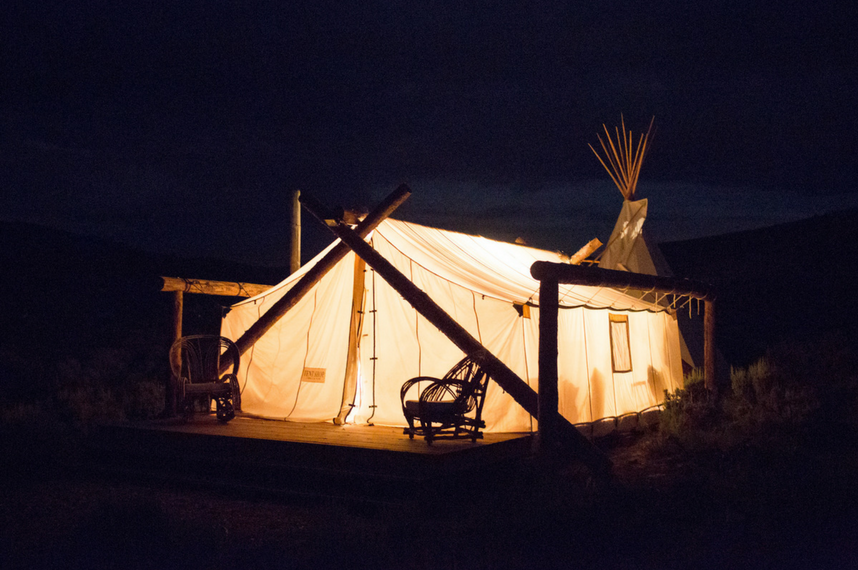 Governors Island still does not have a hotel, but it’s definitely piloting the concept of overnight guests this summer and every summer until 2020 through a “glamping ground” known as Collective Retreats. While you may expect its inaugural season to be sold out, there are actually dates still available this summer, even July 4th week. Weekends and holidays are steeper and require two to three-night minimum stays, but you could duck out of work on a weekday and sleep under the stars in a plush bed within a platform tent with shared bathrooms for $200 a night, or pay more for a luxury tent with an en-suite bathroom. (There are apparently $75 weeknight deals still be had, but Collective Retreats could not confirm the exact nights, promising only that more will be released.)

An on-site dining hall called Three Peaks Lodge will offer breakfast, picnic lunch and dinner options such as a farm-to-table chef tableside dinner or a BBQ in a box of items to grill yourself, and a central campfire will deliver adult summer camp feels. Guests and the public will also be invited to enjoy soon-to-be-announced events like wellness activities. All in all, it should be at least half as glamorous as the day spa QC Terme coming to Governors Island in 2021. And if you like this camping minus the roughing it concept, Collective Retreats offers an even more luxurious set-up in the Hudson Valley.

8. Mini-Golf is now run by Adventures at GI

For years the Figment Festival has helped open up the island with an early-season festival and a free, art-y mini-golf course that entertained kids year round. This year Figment will still be celebrating June 23 and 24, with a themed pavilion set up at the GrowNYC urban farm, but for mini-golf course, you’ll have to head to Adventures at Governors Island on the western shore next to the Hills, which offers ziplining, a climbing wall and adventure maze, too. So yes, you’ll have to pay this year—rounds will be $7 per person or $25 for four people—but you’ll have an even better view of the skyline and Statue of Liberty. 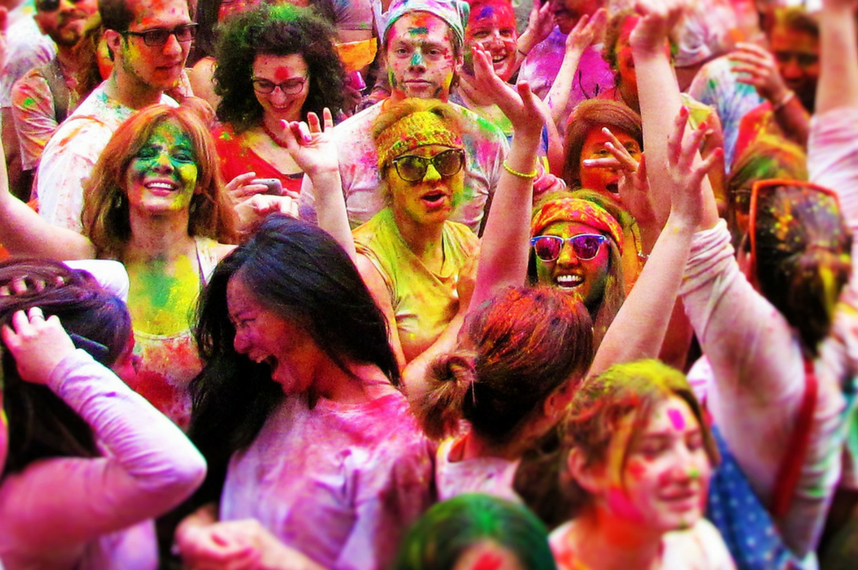 The most colorful festival on Governors Island this year: Holi Hai, a Hindu celebration of spring that involves a prodigious amount colored powder. Photo: Ariel Abdullah

Along with the annual fetes like the Jazz Age Lawn Party and Figment, the island is rolling out a new celebration May 12 from NYC Bhangra, which will present its version of Holi Hai, a Hindu festival that celebrates the arrival of spring through color. And by color, we mean a terrific outpouring of colored powder sprinkled upon anyone who is game to walk away looking like they survived a crayon factory explosion. The event is free but you pre-pay for color packs, and should come dressed in white to take full advantage of the hues that will be dusted upon attendees as they dance to Punjabi music and dig into global eats.

Another new festival called Gathering of the Hands June 23-29 will bring drummers around the city for a week of unity and drumming, and the brand-new film series kicks off June 8.

Ferries are free the first week the island is open, May 1-May 6, departing daily from the Battery Maritime Building in Manhattan and Pier 6 in Brooklyn Bridge Park on the weekends. Afterward, ferries from both locations are free until 11:30am and $3 afterward for the round trip ride for adults. NYC Ferry service begins May 14.