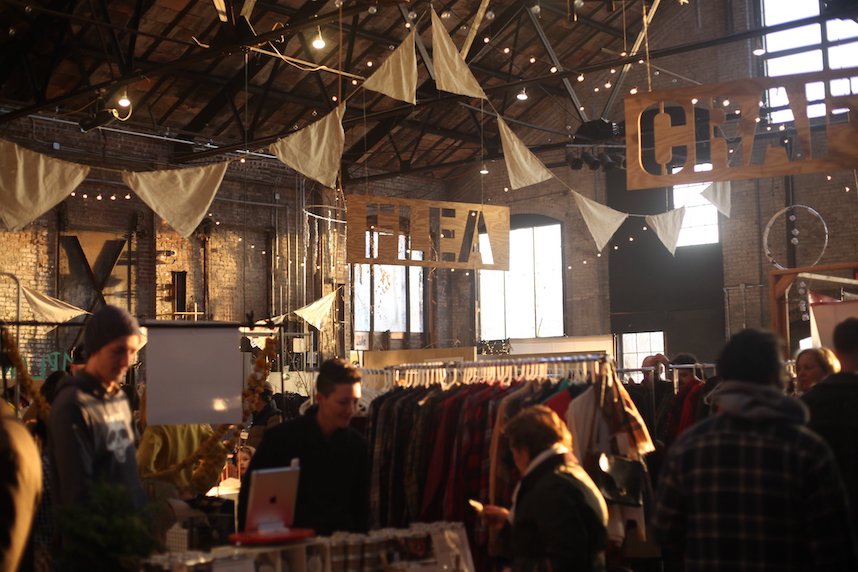 The Basilica Farm and Flea on Mother’s Day weekend is a great time to visit Hudson. Photo: Basilica Hudson

With mud season behind us and wedding season still ahead, a late spring weekend getaway to Hudson is an easy trip from the city that you can pull together at the last minute. During the quieter season, you’ll find more hotel availability and more relaxed minimum stay policies. But it won’t be too quiet: Plenty of friendly folks are out and about at our favorite standbys and a new, exciting hotel bar. And if you can’t get away before Memorial Day, now is a good time to plan a visit for the busier summer season. 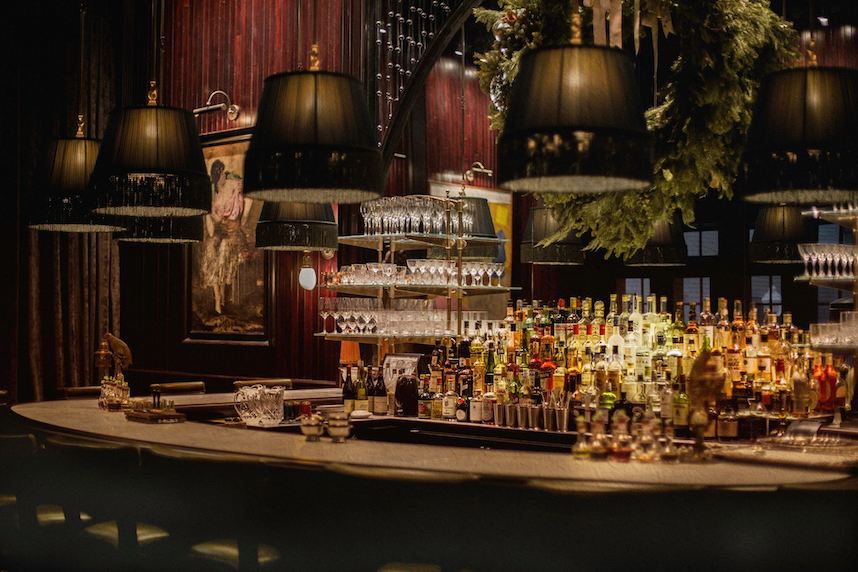 The Maker Lounge is open while the Maker Hotel readies itself for a late summer opening. Photo: The Maker

For now, Rivertown Lodge, on a prime stretch of Warren Street in the city’s center, remains the go-to spot for visiting city folk, but competition is coming soon: Late this summer, the Maker Hotel will have its grand opening, adding 11 more rooms to Hudson’s still-scarce overnight real estate. The Maker, from Damien Janowicz and Lev Glazman of the Bartlett House in Ghent, has been soft opening for a year now, and the Maker Lounge has quickly established itself as a hotspot for in-the-know locals and visitors alike. The space is almost shockingly decadent: High-ceilinged, high-drama old-world glamour that stands in stark contrast to the breezy, laid-back vibe that has so far characterized Hudson’s nightlife. Expect nearly every speciality cocktail on the list—inspired by literary classics—to have an ingredient you’ve never heard of before (‘This Side of Paradise’ is blended with China-China, a liquor made from orange peels), or never expected to find in an alcoholic drink (Winter Squash is a component of ‘The Catcher in The Rye,’ as is—you guessed it—rye). The Maker has also more recently opened its corner cafe and dessert bar, a luxurious day or early-evening pick-me-up offering sandwiches, coffee, dessert, and bubbly spirits. 302 Warren Street, Hudson, NY; 518-509-2620

Aside from The Maker, new openings in Hudson, where everything moves at a slower pace than what we’re used to in Brooklyn, have been few and far between. But Betsy Thorleifson of Nine Cakes in Brooklyn, who is a very big deal in the wedding and catering world, is expanding to a Warren Street location, expected to open any day now.

And it’s still only a rumor, but a persistent one: Kat Dunn, formerly the beverage director at Fish & Game, now seen behind the bar at the tavern at Rivertown Lodge, is expected to be opening a new spot of some kind, somewhere off Warren Street. 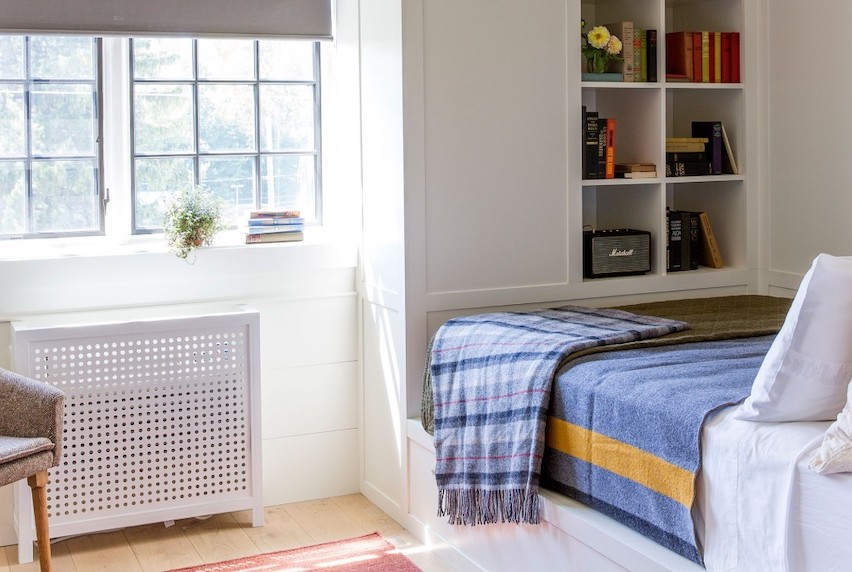 Until May 1, you can bypass the 2-night minimum on weekends at the Rivertown Lodge, Hudson’s popular boutique hotel for temporary transplants that feels like it’s been transplanted from Brooklyn itself. The Tavern at Rivertown Lodge is your best bet for creative, spirit-forward cocktails and shareable bites; get there early in the evening, especially on the weekends. Guests can also weekend brunch inside Rivertown’s cozy lobby area, complete with working fireplace. The rooms are high on style and comfort but low on some amenities—there are no phones, minimal closet/storage space, and no room service; but the hotel does offer a 24-hour commissary to pick up a late night snack. Rivertown Lodge, 31 Warren St, Hudson, NY, Info@rivertownlodge.com; 518-512-0954 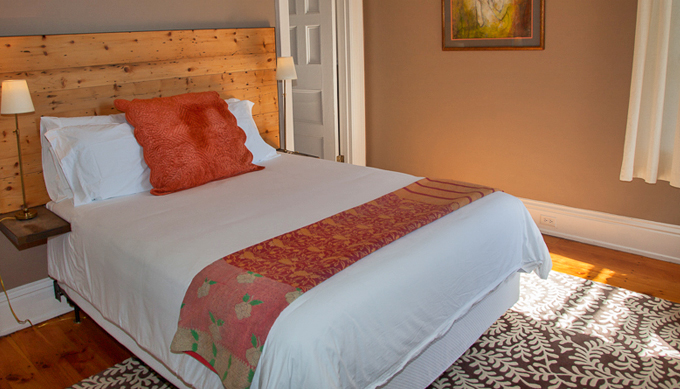 On a spontaneous trip to Hudson last fall—when there were no less than half-a-dozen weddings taking place and exactly one hotel room left in the entire town —I discovered that Ca ‘Mea restaurant, a classic Italian spot that’s been in Hudson for years, also operates two separate bed & breakfast-style hotels, with one directly behind the Warren Street restaurant. Since all the rooms were booked, the Inn at Ca ‘Mea remains a bit of a mystery, but room range from $150 to $300 a night. Inn at Ca ‘Mea; 518-303-6650; info@innatcamea.com

Nearby Towns and Hikes 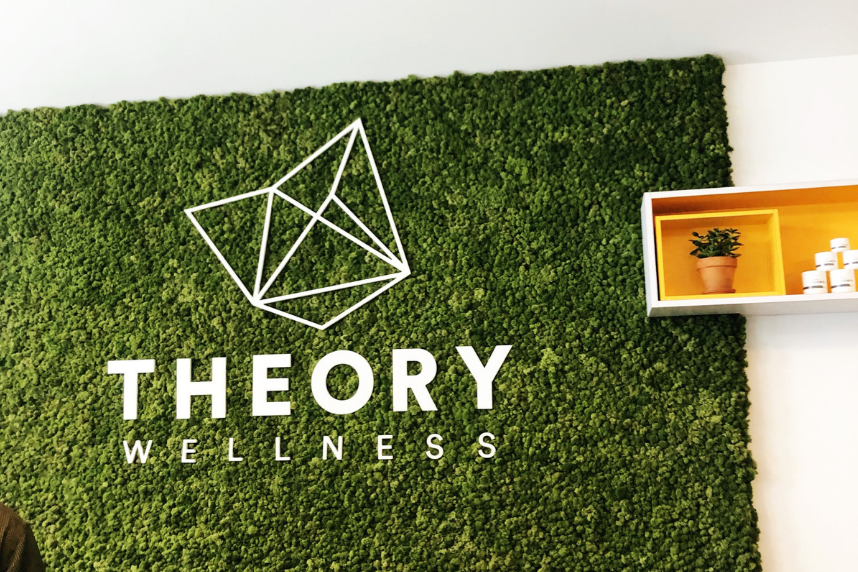 While one of Hudson’s best features is its pedestrian-friendliness—you can easily and happily spend days there without ever getting inside a car—Columbia and Greene County have plenty to offer a relatively short and scenic drive away. Less than half an hour from Hudson’s center, the Crandell Theater in cozy East Chatham offers first-run movies on a single screen for only $7.50 — and popcorn for only a dollar.

Drive a little further and you’ll be over the Massachusetts border and into the Berkshires, where you can spend the day browsing bookstores and antique shops, hike Monument Mountain, visit the superb Norman Rockwell Museum, and as we’ve previously discussed, check out a legal marijuana dispensary.

On the other side of the river, about a 45-minute drive from Hudson, Kaaterskill Falls is a popular Catskills trail with stunning waterfalls and nearly 3 miles of moderate terrain for nature walkers of all ages and fitness levels. On the way back, stop for sandwiches at the Circle W General Store, a deeply quirky deli/grocery that’s over 100 years old—and may or may not be operated by witches.

A word to the wise: The train to Hudson is an Amtrak, and prices can be off-putting if you don’t plan ahead. And we may regret sharing this valuable Hudson hack with you, but you can save loads on a rental car if you book one from one of the many towns and cities along the Metro-North Hudson line, which has dozens of daily departures from Grand Central Station. Your best bet is probably to go with Enterprise, as they are true to their slogan “we’ll pick you up!”

You can pick up a rental car in Beacon, Tarrytown, and Poughkeepsie, which are all stops along the Metro-North line. But be sure to check the opening and closings times of the offices, as they tend to keep shorter hours on Sundays, and if you need a ride back to the station, you’ll have to return the rental during office hours.

Another note on transportation: Uber and Lyft haven’t quite infiltrated the Hudson area yet, and you are likely to face onerous wait times if you order one there. But you can call a good old-fashioned taxi service: We recommend McManns Transportation at (518) 610-0071 or Warren Taxi at (518) 282-2613.