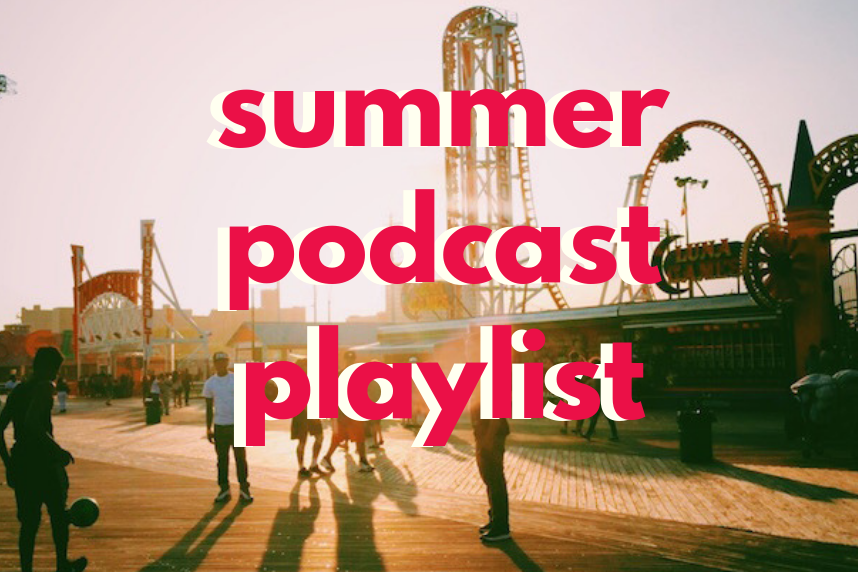 As the podcast boom continues, the number of shows and the variety of topics and the range of genres continues to grow—and grow and grow. The result is an ever-expanding Whitman’s Sampler of audio stories, where most pieces are great, some are decent, others are palatable but a little boring, with a few disappointing bits thrown in the mix. Let this list, drawn from notable podcasts over the past year, serve as the map in the box of chocolates helping you find some of the best episodes. One of these could easily become your new favorite series to binge this summer, on the road or at home.

There are a lot of true crime podcasts, but none have helped get a death row inmate’s case in front of the U.S. Supreme Court. Of course, Curtis Flowers is not just any inmate. He has been tried six times for the same crime and each time the ruling was either overturned because the prosecutor violated Flowers’s civil rights during the trial or because the jury couldn’t make up their minds. While the U.S. Supreme Court has now ruled in Flowers case and In the Dark’s team is watching closely, Flowers’s future is still up in the air.

We Came To Win

Start with: “How the 1990 World Cup Saved English Soccer”

If Women’s World Cup fever has taken over your television, you’ll want to check out this series created for the Men’s World Cup last year. The greatest sports stories are those that don’t require any real knowledge of the sport, instead telling universal tales of triumph, loss, frustration, and determination. While this entire mini-series of World Cup stories fits the bill, those elements are fully on display in this story of the rise of England’s Premier League in the wake of a horrifying tragedy. The story follows England’s national team at the 1990 World Cup, as they shook off the ghosts of the past, earned new fans around the world, and culminated in one of the most memorable soccer games the nation has ever played.

Punch Up the Jam

Each episode finds comedians Demi Adejuyigbe and Miel Bredouw picking a part a song (say, The Doors’ “LA Woman”, the Beach Boys’ “Kokomo”, or Cher’s “Believe”), mercilessly skewering its nonsensical lyrics and key changes, and then premiering a brand new “punched up” version at the end. It’s fun to listen to comedians like Nicole Byer or Paul F. Tompkins mock the songs they (and most other people) hate and the new-and-improved versions are usually just as funny as the commentary. Plus, if you’re looking for new tunes to add to your playlist, each week they also release a list of a few songs that they deem “unpunchable.”

13 Minutes to the Moon

Start with: “We choose to go”

It’s the 50th anniversary of the moon landing this July and to celebrate the great feat of human ingenuity, the BBC has put together an expansive look back at the mission to the moon and the Apollo program. Ex-NASA employee Kevin Fong interviews key players from the moon mission, including Michael Collins, who piloted the command module while Neil Armstrong and Buzz Aldrin were getting all the fame on the moon’s surface, Charlie Duke, who ran Mission Control for Armstrong and Aldrin, and other behind-the-scenes NASA staff like programmer Margaret Hamilton and engineer Poppy Northcutt.

Good One: A Podcast About Jokes

If you’ve ever found yourself doubled over laughing during a comedian’s set and wondering how they knew what would make everyone in the room snort-laugh simultaneously, this show is for you. Each week Vulture’s Jesse David Fox sits down with comedians to discuss the nuts and bolts of, say, the perfect pop culture rant, or the joke they wish they could steal, or how to push the boundary of what can and cannot be joked about. The guest list ranges from the famous (Kevin Hart, James Corden) to the up-and-coming (Beth Stelling, Catherine Cohen) to the soon-to-be legendary (Lil Rel Howery, Nicole Byer) all breaking down the jokes.

Start with: “Louis, Can of Cola”

There are a lot of interview podcasts, but what sets Everything Is Alive apart is the guests. They aren’t filmmakers or comedians, but a lamppost, balloon, and resentful bar of soap. Hosted by longtime NPR producer Ian Chillag, the interviews with sentient inanimate objects are oddly endearing, strangely beautiful, and by turns hilarious and sad. The first episode features Louis, voiced by Louis Kornfeld, as a can of Go2 Cola, who is in the midst of an existential crisis due to the fact that it has not been selected to slake anyone’s thirst, ever. Over the course of the interview, Chillag inserts interesting arcana about soda and chats with Louis about his life on the shelf. It’s an incredibly compelling listen unlike anything else out there.

Start with: “An Oral History of ‘Knuck if You Buck’”

This show explores black American culture from grape drink to The Wiz to do-rag color coordination to Madea and Oprah and the legacy of Living Single. The show really shined in their episode dedicated to the 2004 Crime Mob song, “Knuck if You Buck”, which quickly became a hip hop classic and anthem for young, black Americans. Hosts Brittany Luse and Eric Eddings and reporter Wallace Mack put together an oral history of the song, speaking with Crime Mob members Lil Jay, Princess, and Diamond, as well as former managers and Atlanta-area journalists to unpack the song’s magic, legacy, and future.

The hosts of Personal Best are on a mission. They just want to help people be better versions of themselves. Each week they set out to help someone improve themselves in some way, whether that’s learning do backflips like Jackie Chan, upping their cocktail party banter, learning to confront authority, figuring out how to lie to those you love, or playing a keytar. Whatever that’s weeks mission happens to be, listeners are in for a goofy, engaging good time.

History buffs will want to add Nate Di Meo’s podcast to their playlists immediately. His bite-sized stories are meticulously researched and wholly immersive laying out forgotten corners of history. Each diminutive vignette offers a unique angle on events of the past, many of which have repercussions today, like “A White Horse” which looks at the lifespan of the oldest gay bar in America or “Mary Walker Would Wear What She Wanted” offering a portrait of an often-forgotten suffragette.

Authors Roxane Gay (Bad Feminist) and Tressie McMillan Cottom (Thick) have a lot to say. Each week on this show, they deliver the black feminist perspective on everything from pop culture and art to politics and mental health in engaging, wide-ranging conversations. They are frequently joined by guests like director Ava DuVernay, Gabrielle Union, and Stacey Abrams for thought-provoking yet laugh-filled conversations. The one caveat about listening to this show is that it’s on Luminary, the controversial subscription-based podcast service, which runs about $8/month.

Over My Dead Body

Start with: “The Husband”

This true-crime thriller tells the story of seemingly happy couple Dan and Wendi. The two high-powered attorneys were such a natural pairing that their wedding earned a coveted announcement in The New York Times. Six years and two kids later, their lives and their marriage suddenly fell apart and then one of them ended up dead. This is not just an open-and-shut case, though, and what sort of true crime podcast would it be if it was? Instead it follows an elaborate, twisted story involving high-profile lawyers, the Latin Kings, and revenge. It’s another riveting dark tale from the creators of Dirty John and Dr. Death.

The Shrink Next Door

Start with: “Welcome to The Neighborhood”

When long-time reporter Joe Nocera’s next door neighbor disappeared it opened up a lot of questions. Who was Ike Herschkopf, the celebrity therapist who hosted tony Hamptons parties and boasted of clients like Gwyneth Paltrow, Brooke Shields, and O.J. Simpson. And who was Marty Markowitz the actual homeowner who had been a patient of Herschkopf, and then a roommate, and then kicked him out of the house? The story is engrossing, but one word of caution: you may never look at your shrink the same way.

Start with: “Even Greater London”

This determinedly ridiculous fictional tale is set in a version of 1887 London where Beefeaters and ravens roam free, money-grabbing cabbies and street urchins elbow their way into the action, and Queen Victoria has survived long past her natural life span thanks to the workings of the Royal Medical Engineers. The stofy follows the perpetually frustrated Inspector Archibald Fleet and determined journalist Clara Entwhistle as they follow the clues left by a killer—and accidentally uncover a vast conspiracy.