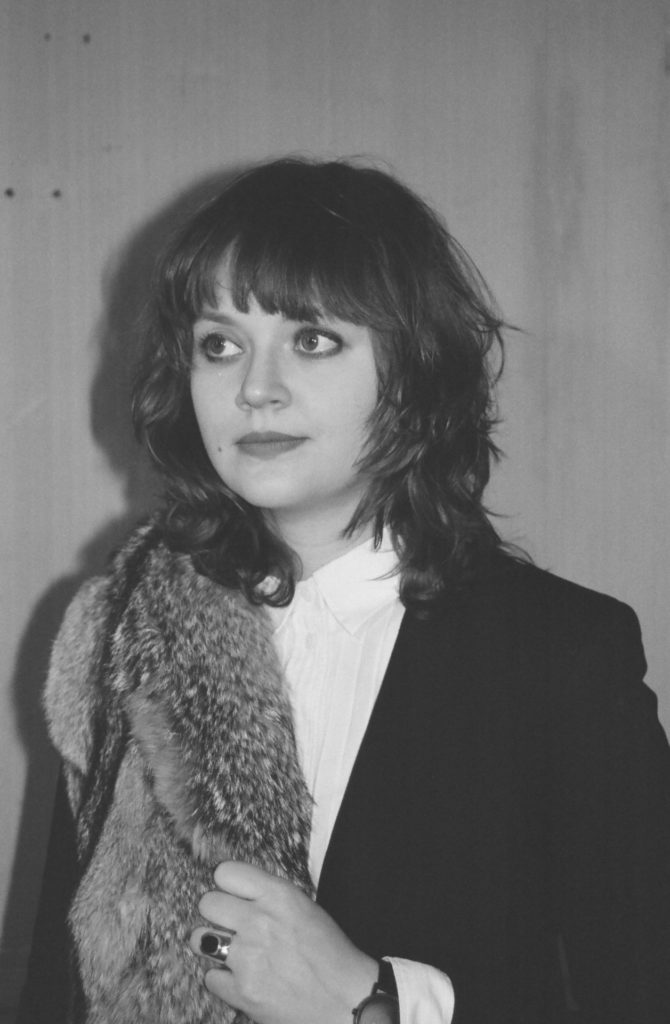 Five years ago, singer and upright bassist Kate Davis made a splash on the Internet with her unique and jazzy interpretation of Meghan Trainor’s smash hit “All About That Bass.” That performance went viral and made her a celebrity of sorts—and that’s in addition to her appearances at Lincoln Center and Carnegie Hall. Those early experiences, however, painted her in a corner as a budding interpreter of the American Songbook, when in reality she wanted to be her own artist. On her upcoming debut album, Trophy, Davis – who will be performing a show at Brooklyn’s Elsewhere on November 15—marks her transition from jazz-pop ingenue to indie rocker. With her own impressionistic lyrics dealing with loss (“Daisy”), relationships (“Open Heart,” “Did You Love Somebody”) and coming-of-age experiences(“Dirty Teenager,” “I Like Myself”), Trophy positions Davis as a singer-songwriter in her own right (Folks may already know Davis as the co-writer of “Seventeen” on Sharon Van Etten’s most recent album Remind Me Tomorrow. “It took many years,” she recently told me about getting to where she is now in career after being an Internet star. “And so that’s why this record feels really important because it does mark this transition that I’ve waited and worked towards for so long. It’s weird living in this time where the internet tends to just kind of capture everything keeps it in this strange like forever zone. It’s hard to leave things in the past. That’s something that will be interesting to experience after this album comes out.”