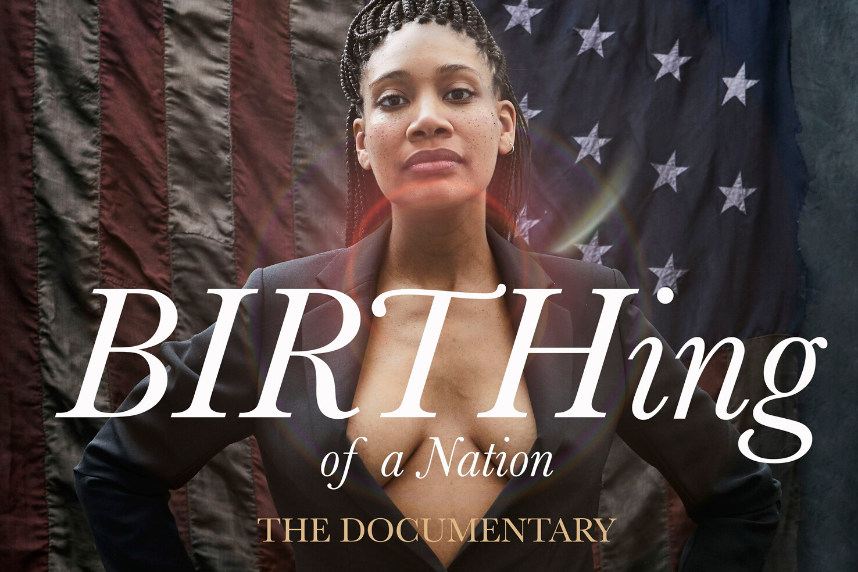 The United States is failing the world on a few levels right now, but one of its most surprising shortcomings concerns maternal health. Women are more likely to die in childbirth here than in any other high-income nation, and if you are an African-American woman, the mortality rate goes up three to four times further. Money, as many of us might expect, isn’t the contributing factor. The well-publicized birth stories of Beyoncé and Serena Williams exposed the risks that black women face during pregnancy and following childbirth, regardless of resources. As one writer put it, “Even Serena and Beyoncé, with all their beauty and wealth and fame—women whose very careers are built on understanding their own bodies and performing in top physical condition—couldn’t break this ceiling.” The medical community is finally connecting the dots from racism to the myriad adverse ways it affects a person’s health. But as researchers play catch up, doulas, midwives and activists have been mitigating the black maternal health crisis on their own.

The women of color within this birth justice movement is the community that Brooklyn-based artist and photographer Kelly Marshall began documenting in 2016, through a series of portraits she called the Birth Project. After years of interviews and research, she realized the stories of these women who were improving the birth outcomes for black mothers were better suited for a documentary film. Its title is a provocative play upon the infamous movie, and to help bring it to life, she created a crowdfunding campaign that ends on Jan. 22. I spoke to Marshall, who is also a friend, about the hidden history of African-American women within maternal medicine and her vision for the film as a love letter to black women. Following is our interview, which has been edited and condensed.

When did this project begin and what inspired it?

I was ready to start a new project, and I knew it was going to be a portrait-based series. And then I was in San Francisco and I was talking to a doula friend of mine in 2016. I had no idea about the numbers, about this maternal healthcare crisis that was happening within the birth community. At the time, it really was not in the mainstream news, and I was like, holy shit, how does anybody not know about this? So that really fueled my intention to start talking to the women who were doing the work. Because I always find that, you know, we could talk about specifics and numbers and all of that, but I think it’s really interesting, compelling and heartfelt when you hear it from the people doing the work.

And also a lot of my work has been about social justice issues, race, class, gender and so it all just kind of fit with the type of work that I’m always doing. And that one person introduced me to more people. Then that opened more doors and so slowly, as I was traveling for other commercial work, I would fit in these interviews.

Fast forward a year or so and all of a sudden The New York Times article dropped and then NPR did a huge series about the maternal health crisis and about what’s happening in California, so it was great to see that conversation expand.

What’s really great about this time that we’re living in is that we’re really having these bigger conversations. If you put a whole bunch of black people together we would be like, we’ve been having these conversations forever, but now, I’m just grateful that they’re happening in a wider arena, where we’re talking about privilege and talking about systemic racial problems in this country and I’m not having to catch everyone else up to speed.

The problem is we have a segregated healthcare system. We’ve been talking about this since Michael Moore did his documentary [Sicko]. And then you add that layer of…all of the segregation that’s happened in this country from its inception, to Jim Crow to today, and how does anybody have a fair shake in healthcare access? [And] you have inherent bias. We all carry predjuce and preconceived notions, we all know that now. And that layer is deeply rooted within healthcare… You go into a [doctor’s office] and people automatically think that you’re a welfare queen. As soon as you take your clothes off, there’s no way to tell whether you have a double masters from Harvard or you live in the projects.

There’s been a narrative about African-American people in this country that continues to work against them. Whether you’re in business, whether you’re in healthcare, whether you’re going to school. And that in turn creates a lot of stress in the body because we are continually having to process so much coming at us at all times.

And now, it’s finally like science is like, oh yeah, of course. Stress destroys your body [as does] lack of access and lack of great, clean water and lack of good food. All of these things we’re all dealing with is what we’ve been dealing with for 400 years in this country, and now it’s been exacerbated because middle-class white America is dealing with them now, too.

So it doesn’t feel like a lot is changing, but these are huge, undeniable conversations that are happening in the greater zeitgeist at the moment. 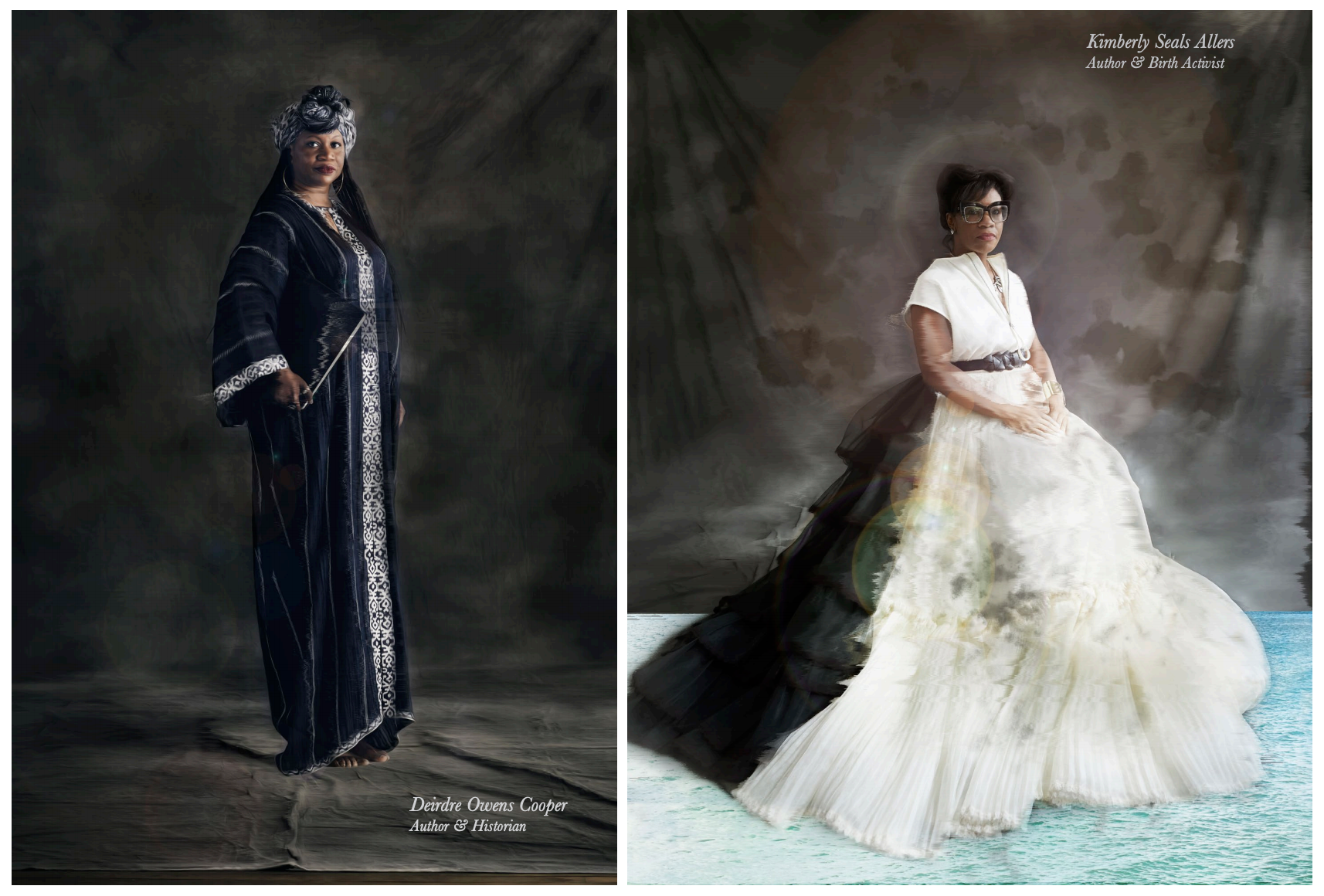 What are we leaving out of the maternal health conversation?  What is not spoken about as much?

Infertility is also a birth justice issue that I don’t think gets a lot of attention. Who can afford access to infertility help is VERY clear to everyone. While our eyes are often on the mother and baby when we discuss the maternal health care situation in America, we are forgetting the women being locked out of access to becoming a mother in the first place.

In your Indiegogo campaign, you talk about wanting to portray African-American birth workers and activists with less crisis and more celebration. What do you mean by that?

We have a legacy of healing in this country, and it’s something no one talks about. We’ve had hidden nurses. We’ve had hidden organizations taking care of people because we could never really trust the healthcare system. Before the 1950s, most if not all births were at home. We have this legacy of granny midwives serving our communities. And during the slave era, slave women were the midwives of the white people and to their owners, and for the community at large. It’s so interesting, this narrative that we don’t even know about our history and about how we need to take care of ourselves. And so, I want to uncover more of that.

It’s also a story for black women; it’s for us to celebrate us, because I’m so sick of these images, it’s always of crisis. And it’s like, no, actually, we’re really doing extremely well; we continue to survive and persist despite all of this. And that’s what I really want to talk about, not just how fucked up it is because we know [that], everybody knows [laughs]. It’s my love letter to us and to all of our ancestors, our mothers. 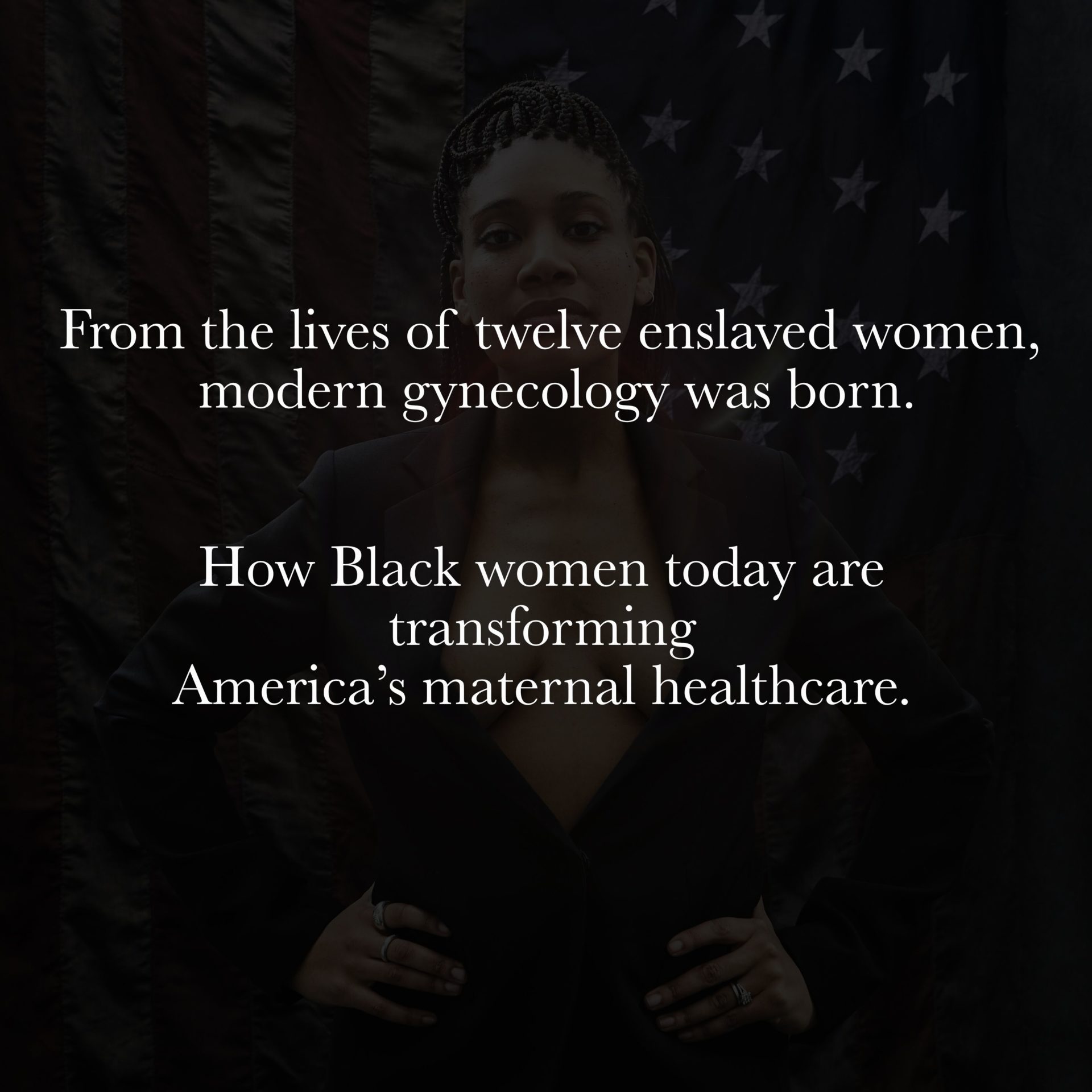 How did the project change from portrait photography to a documentary film?

Through the photo project of documenting women, [I decided] I want to do all women of color. And then as I was developing the story, I realized there were these 12 enslaved women in Alabama that were operated on by Dr. Marion Sims, who is widely talked about as the father of modern gynecology. And the stories of these women just kept staying with me. I was like, oh my God, once again, there’s this incredible story of American history that is on the backs of African-American history.

Then I was in the New York Times portfolio review this year and I met with 10 top editors of various magazines and organizations and everyone was like, wow, your book’s really beautiful and strong, but they didn’t see a use for it. They saw it as a bigger story and so I was really encouraged to do a documentary about it. Even if it’s just about the 12 women. I really wasn’t interested in an official documentary, but I was very interested in this love letter to the people, and how you tell the story in a way that people want to watch it.

I always look at it like, how can it be my Beyoncé’s “Lemonade” meets Ken Burns? Because it’s about the creative juncture of telling the facts in a way that’s beautiful and compelling. When people see something they are moved by, that’s when they change. It’s not just numbers.