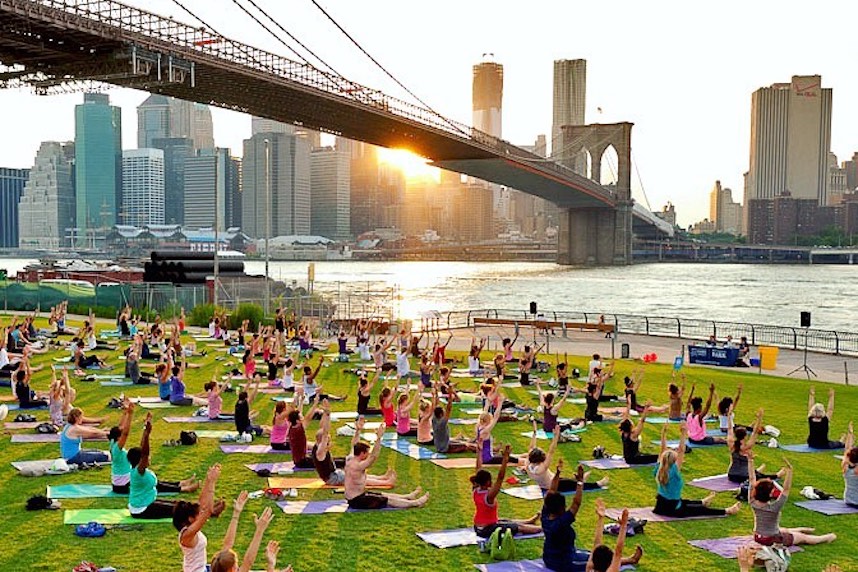 And with the blink of an eye, we find ourselves in mid-August, the (in my opinion, anyway) most arduous test of a New Yorker’s true mettle. Year after year, I spend a few weeks in a hazy, sweaty, expletive-laden delirium until I ultimately cave and head north to visit family, and the pandemic has not changed a thing in that regard, as I’m currently writing this from a zero-gravity chair (Have you guys tried these things? They are seriously the best) strategically positioned with a view of the Maine coast. Does this year’s lack of access to office A/C (aka the good shit) get canceled out by not having to endure a daily interminable wait in the suffocating inferno that is the Union Square subway platform? This is a question I don’t have to ponder this week, thankfully, although I will tell you that the addition of this fellow commuter has certainly not made me eager to get back on the rails. Between snakes on the train, a disturbing spike in COVID cases in Sunset Park, more stories of doom and gloom about the future of NYC, and my personally having to remove two dead rats from outside my apartment in recent times (sidebar: barf), I am happy to get a momentary break from urban life, particularly one that involves frequent swimming and lobster. I did have the misfortune of spending some time this week with this utterly infuriating article that meticulously catalogs every idiotic and egomaniacal thing Trump has said and done since January to not only frustrate attempts to contain the coronavirus but actually make the situation worse, and all I can say about that is I am ready to be put to work for Biden/Harris 2020, even if this ticket isn’t as progressive as I’d like it to be. I have also decided that I will NOT be reading anything that even vaguely smacks of Birtherism 2.0 as it applies to Harris, because surely whatever you gain by “keeping tabs on what the other side is thinking” is offset when your head actually explodes and falls off your body. For those of you who are sweating it out in town this week, you have my respect and admiration, and we’ve rounded up some fun ideas of ways to pass the time this weekend and further out on the horizon below.

Tonight, the Queens Drive-In being put on by Rooftops Films is showing The Last Out, a documentary about three Cuban baseball players chasing MLB dreams, and there are still spots available for next week’s screening of E.T., which I coincidentally saw for the first time at an actual drive-in theater in the 80s. BAM has an on-demand streaming of The Infiltrators, the real-life story of a group of undocumented activists who allowed themselves to be arrested by ICE to infiltrate and report on a for-profit Florida detention center, and Parklife will be showing grunge-era classic Singles on Monday night in its massive outdoor space. If you miss summer concerts (oh man, what I wouldn’t give to be sitting on the lawn at Celebrate Brooklyn right now), check out Vote Ready Live, a streaming festival featuring The War on Drugs, Waxahatchee, and Daniel Rossen and Christopher Bear of Grizzly Bear, among others.

Tired of staring at screens? Fair enough, my friends, we’ve got some in-person ideas for you too, as long as you promise to be safe about it. From 4-8pm tonight, you can ring in the weekend (is that a thing we still do?) at Industry City, which is hosting live jazz to be enjoyed along with oysters from Mother Shuckers and a glass of wine from Sahadi’s. Bushwick event venue House of Yes has reopened for a scaled-back version of outdoor drinks, food, and party vibes, and you can take to the open water at Brooklyn Bridge Boathouse, which is letting people kayak again with reservations and a mandatory mask policy. Alternatively, pack a picnic (I recommend Winner if you’re sick of eating your own food) and head to the bucolic Brooklyn Botanic Garden, which is accepting visitors who have signed up for advance timed-entry tickets here. Or check out the exhibition of Serena Stevens paintings at the Postmasters gallery in Tribeca, or one of the other ideas we plugged in our August Culture Essentials last week.

Looking ahead further, I am in full geek-out mode about the announcement that the English translation of Elena Ferrante’s newest title, The Lying Life of Adults, will finally drop on September 1, and I’m similarly pumped about Murmrr Theater’s live broadcast of An Evening of Words and Music with Patti Smith on September 4.

Looking up all the apartments you’ve lived in on this site, which has digitized photos from 1940 of every building in NYC, is a fun rabbithole to go down. And I was intrigued by this ice cream recipe from Dorie Greenspan, which posits that vodka helps achieve the perfect consistency. Truth be told though, it’s way easier to just go buy yourself a damn cone—you deserve it! And while you’re on the subject, take a listen to RZA’s new ice cream truck jingle, which he wrote to replace “Turkey In The Straw,” that ubiquitous earworm that inhabits our nightmares along with Kars4Kids and has a racist past.

Stay cool, everybody, and rest up! We’ll need all your strength this fall to keep NYC’s infection rate low, not to mention to desperately cling to some semblance of a functioning postal service and, ya know, democracy. Til next time!