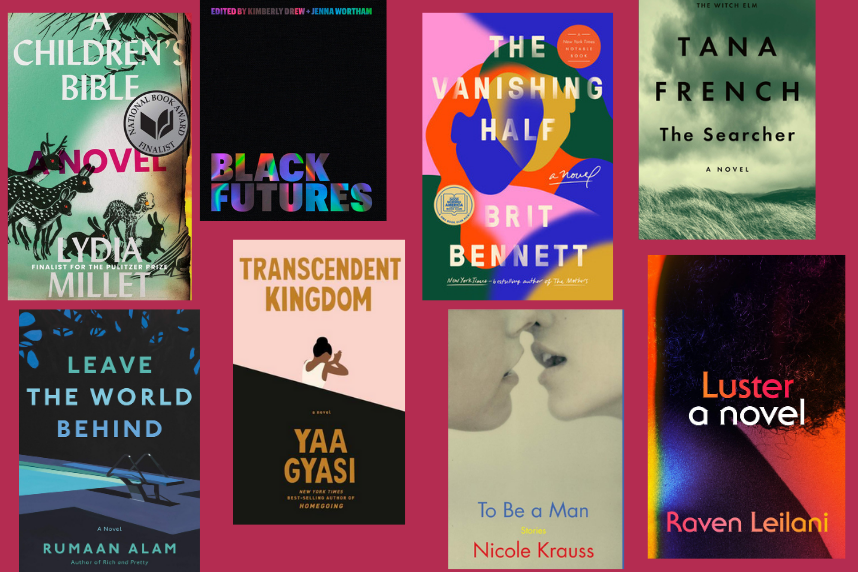 It was hard to break through the noise and anxiety of 2020 to sit down and read for pleasure. Even with many working from home or not at all, the pandemic also altered the cadence of our days so radically, it disrupted the natural times we would have pulled out a book—like during a daily commute. But there was and still is no better escape from reality than a great work of fiction, and the following books would make great gifts for yourself or a friend this season. One positive trend we’re excited to see on so many best books lists, including ours, is an increase in the number of Black female authors featured—a bright light of this consciousness-raising year. 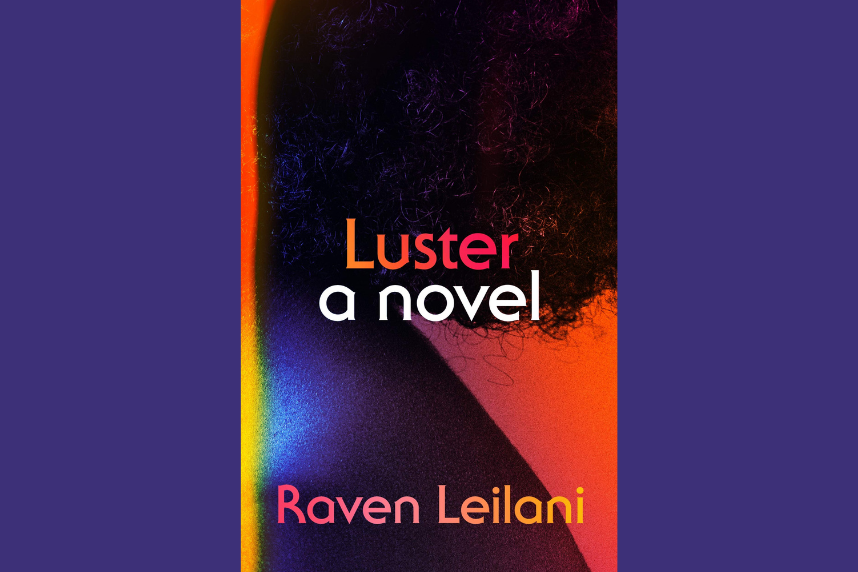 Raven Leilani’s novel offers a glimpse into the world of a twentysomething woman living in a roach-infested apartment in Bushwick. While that scenario may sound familiar to many New Yorkers, Edie is a singular character. It’s rare that I find myself yelling at people in a book, but some of the choices made by Edie had me hollering. Whether she’s watching adult videos at work, starting a relationship with an older white man, or breaking into the house he shares with his wife and adopted daughter, Edie is a complicated protagonist. Leilani’s book is populated with complex characters navigating questions of race, love, and adulthood. It is bleak, funny, witty, and strangely hopeful and definitely worth reading, even if you might find yourself shouting at a book.—M.L. 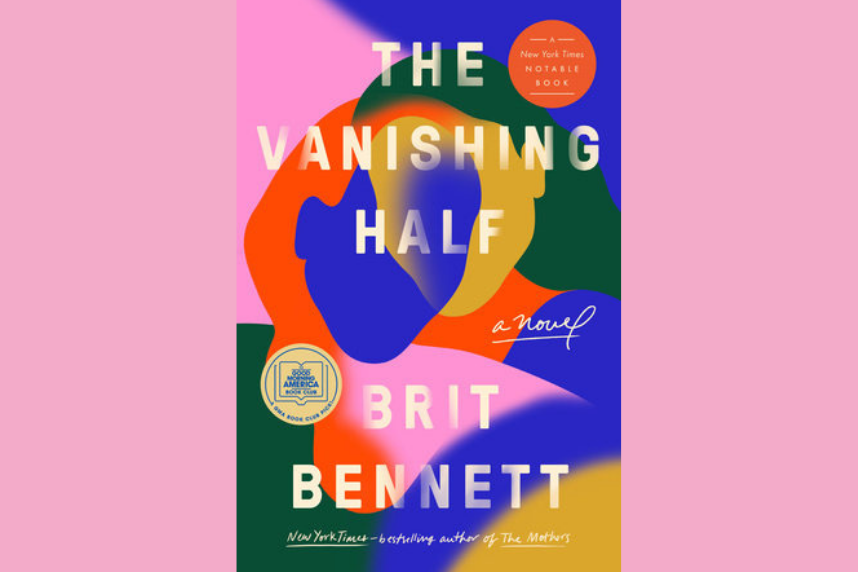 This book has been on nearly every year-end list and it’s no surprise. Brit Bennett’s book sticks with you long after the last chapter, as your mind grapples with questions about who we are and what defines us. The story revolves around twin sisters growing up in small-town Louisiana. When they leave for the big city one decides to start passing for white, abandoning her sister, her past, and her race. She trades it all in for a new life, but leaves a family desperate for answers and a past poised to catch up with her. It’s a delicately layered book that grapples with difficult questions about race and identity while also telling a really compelling story. Plus, your book club is inevitably going to read this, so you may as well get a jumpstart.—M.L. 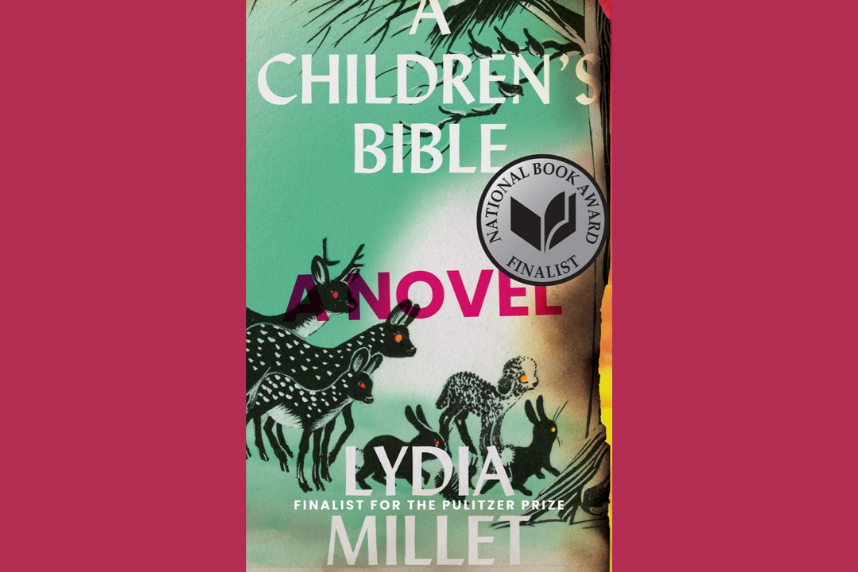 You know how in the Charlie Brown cartoons the adults talk like wah-wah-wah? This perspicacious novel follows that idea to its inevitable conclusion. What starts out as a vacation with a bunch of old college friends quickly devolves into something much darker as the adults reconnect, leaving their kids to their own devices, even when a severe storm sweeps through. The result is a little Lord of the Flies, a little Walking Dead, and a wholly fascinating portrait of a future that seems all-too possible.—M.L. 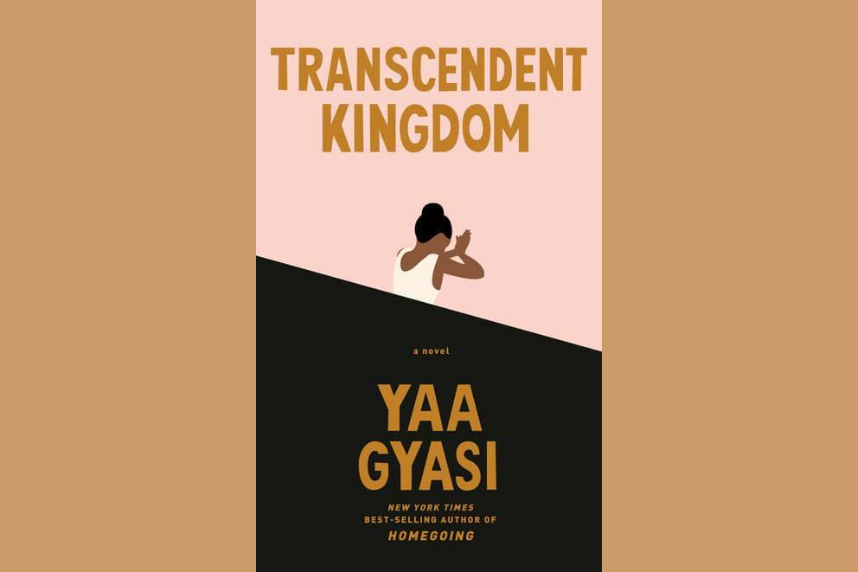 After falling in love with her engaging debut novel Homegoing, I was excited to read Yaa Gyasi’s latest, Transcendent Kingdom and was not disappointed in this book about family and forgiveness. The story follows a Ghanaian family who moved to Huntsville, Alabama, in search of a better life. Narrated by Gifty, the American-born daughter, the story bounces back and forth through time, as the family reels in the wake of compounding tragedies. While Gifty ends up as a neuroscience graduate student at Stanford, this isn’t a typical tale of the child of immigrants making her parents’ dreams come true. Instead, it’s a thoughtful look at displacement from country and culture, and finding a new place to call home.—M.L. 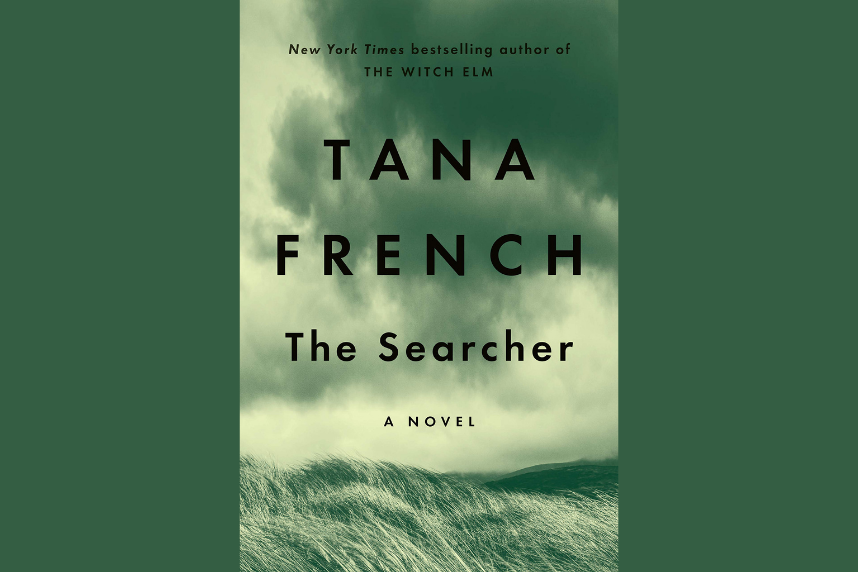 Although it seems like a global pandemic would be the perfect time to get through the growing stack of books on my bedside table, I know I’m not the only one who has found falling into a story impossible. There’s something about the underlying stress that makes it impossible to concentrate for any length of time or for any deep thinking. The books I have managed to get through, I find uninteresting, annoying, or unbearable. This all changed with The Searcher by Tana French. Who knew that a literary mystery would be exactly the thing to break open my brain and let me read again. French sets the mood in rural Ireland when a retired policeman retires to a fixer-upper in a small village. Old habits die hard and eventually, he is back at his investigations to find out what happened to a missing teenager. The depth and details of the intricate plotting and mesmerizing characters transport the reader and the suspense is utterly addictive. Immersing oneself in the language and customs of this village is a thrill ride for the trip overseas, as well as for the atmospheric mystery.—M.C.P. 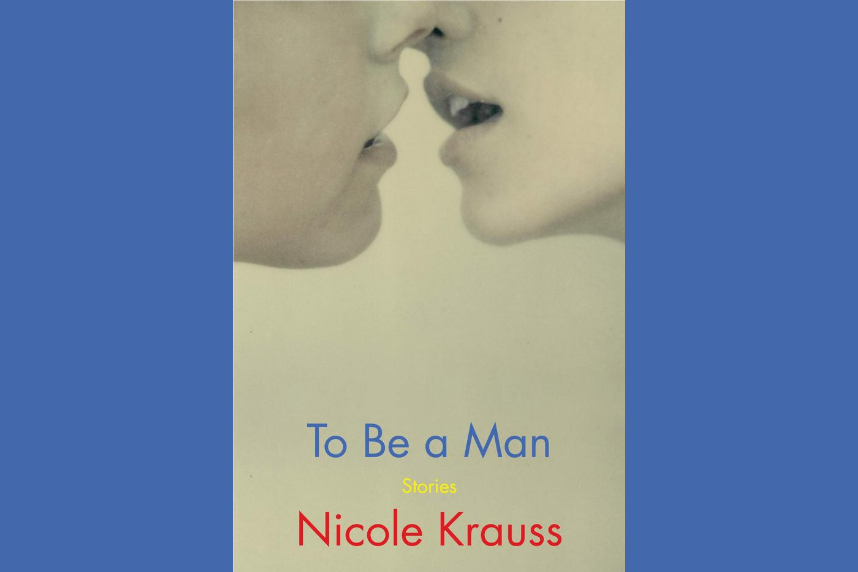 Short story collections don’t get nearly enough love, in my opinion. If you pick just one to read before the year ends, go for Krauss’s latest book. An established novelist, To Be a Man is Krauss’s first collection of shorts, which were written over a long period of time. Her stark, but poetic prose, her ability to create an intimate, quiet story full of emotion make this book a must-read. Krauss contemplates companionship and love in all its forms, but she takes an especially hard look at marriage and divorce and her characters consider: do they need romantic love? Stories jaunt the world from Tel Aviv, Latin America, Switzerland, and New York City. The boundaries and complications that foreignness and distance create are intertwined with Krauss’s search—who are we, exactly? What do we need? I loved this book for its satisfying read, in quick, pandemic-friendly bites.—S.W. 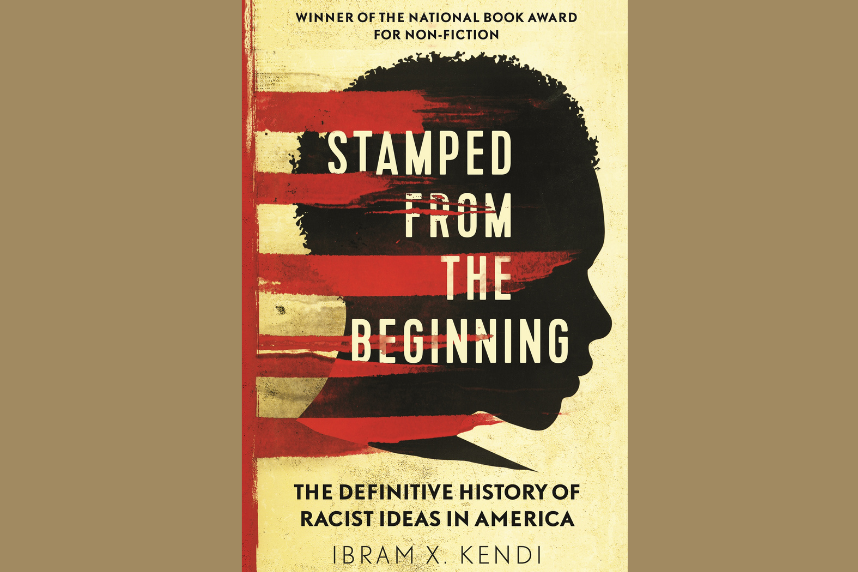 While certainly not light or quick reading, Stamped from the Beginning was the book I spent the most time with in 2020. Historian Kendi’s thesis is deceptively simple: Racism is not the result of ignorant thinking; it’s far more calculating than that. It is cultivated and premeditated, and then spread as a result of policies meant to maintain and restrict power. Kenji’s examples through the years upend commonly held beliefs about our heroes (Lincoln wasn’t as altruistic as you thought), and help pinpoint how we seem to always be simultaneously progressing toward equality (Obama) and taking two steps backward toward hate (Trump). It’s not really anti-racist reading; it’s American history that we have glossed over and that needs revisiting—preferably with at least one reading partner.—N.D. 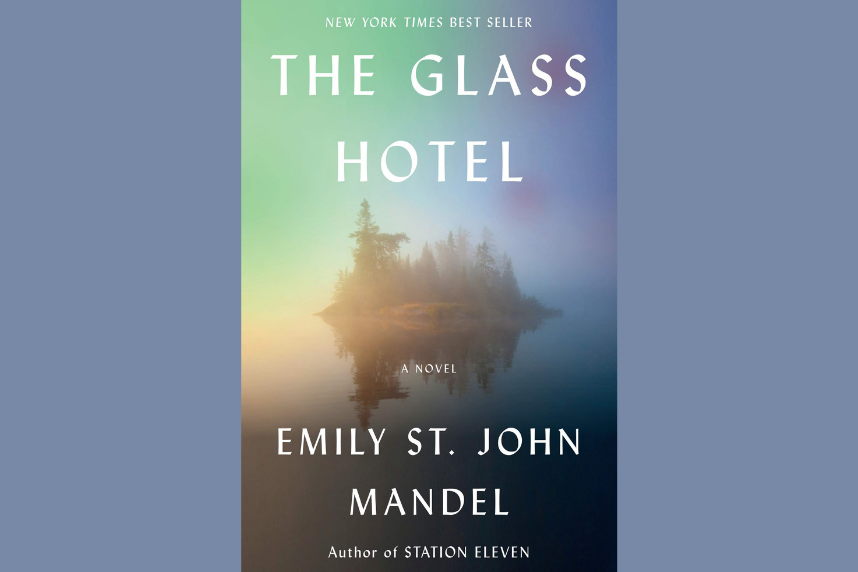 Brooklyn author Emily St. John Mandel is one of the most lyrical writers of ruin. Station Eleven was a beautiful imagining of an America after a global pandemic, and in The Glass Hotel, she paints an exquisite portrait of a Bernie Madoff-like ponzi scheme and the tiny rationalizations one needs to make to perpetuate such massive fraud. Many of the characters are visited by the ghosts of people they wronged, making this a doubly haunting reminder of this revolting crime.—N.D.

Related: There will always be another pandemic: An interview with Emily St. John Mandell 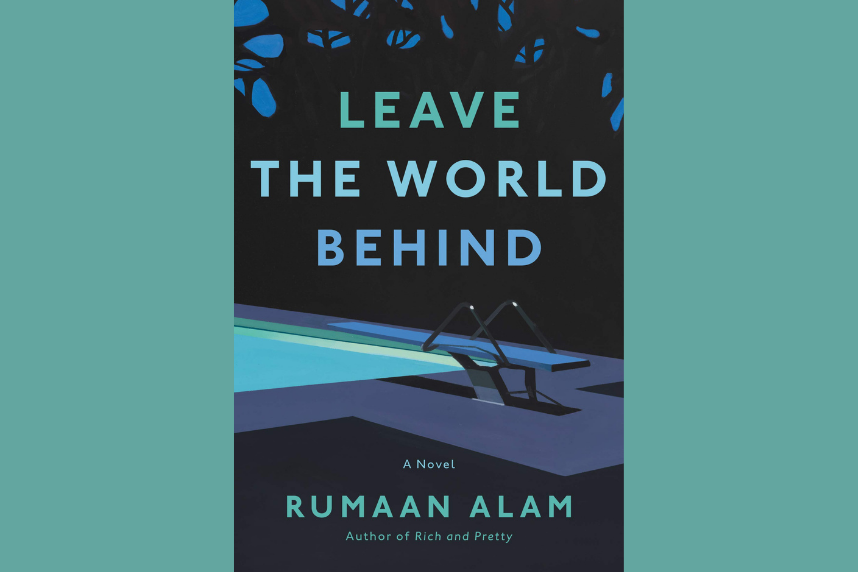 Leave the World Behind was a welcome page-turner in a hard-to-focus year. Its plot couldn’t be more topical. A Brooklyn couple head to an Airbnb on the east end of Long Island—it reads as the Hamptons, but felt more North Fork to me—and very quickly into their blissful vacation, they are confronted with a drastic turn of events that could be a sign of more ominous things to come. The liminal state between believing things will go back to normal and the creeping realization that it very well may not is where you spend the rest of the novel. The characters’ interior lives are not as rich as I would have liked, but that may have been exactly Alam’s point.—N.D. 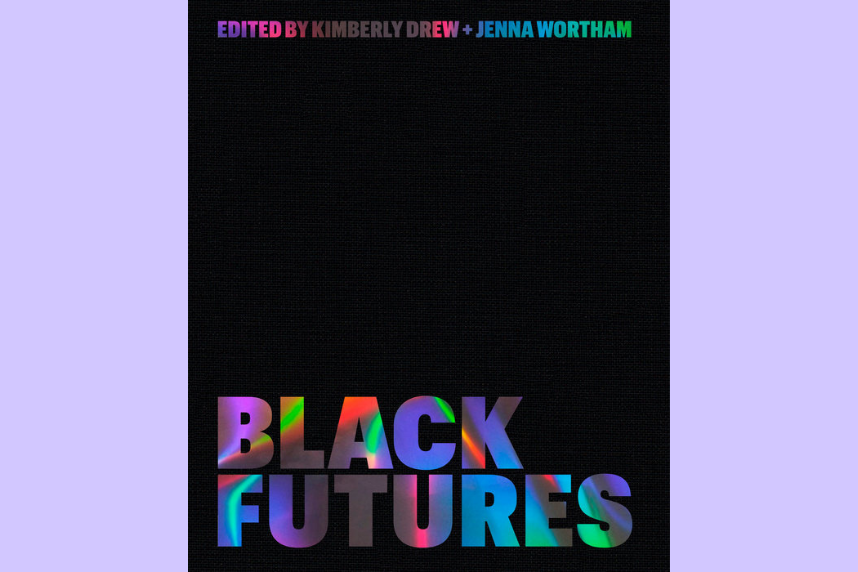 This is the coffee table gift book of the year. Meant to be the first in a series, it explores the modern Black experience from a thousand angles, like a kaleidoscope of cultural inputs. Artists, scholars, writers, chefs and creators you may or may not have heard of share childhood memories, poems, profiles of cultural icons, remembrances of those who have passed or who have been killed, memes, histories, recipes and general thoughts on the state of being Black in America and around the world right now. Entries are often paired with artwork or photographs that bring context to a piece, as in one passage that reflects upon the barbershop’s role in the lives of Black men. Each entry in this impressive compendium edited by Jenna Wortham, a wellness practitioner and cultural critic for the New York Times, and art curator and writer Kimbery Drew, also has an index of related topics, inviting you to skip forward and back, and gain a new perspective no matter which page you turn to. It’s designed to be as rabbit hole-like as the Internet, but unlike social media and the web, you are guaranteed to stumble upon gems. The first page I randomly opened featured an artist, Deborah Roberts, who illustrates how autocorrect deems every Black name a misspelled word. “These names are born from an American history,” she points out. “How can they be wrong?”—N.D.

This Land: An Epic Postcard Mural on the Future of a Country in Ecological Peril, David Opdyke (Monacelli Press, 2020) 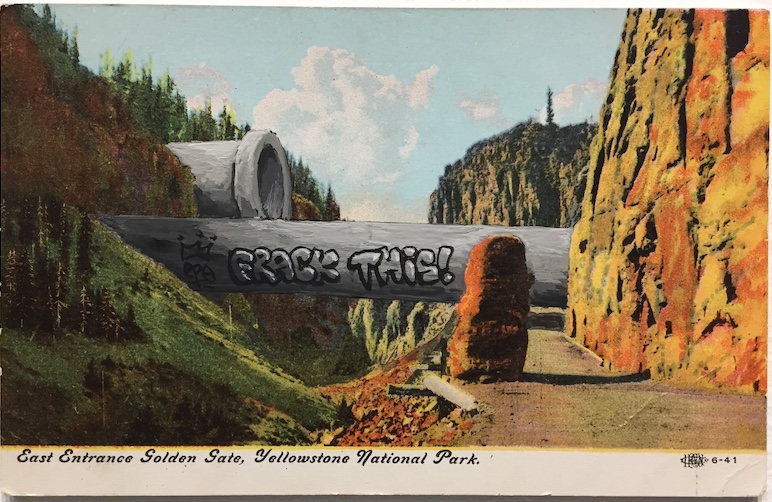 David Opdyke, “This Land” (2019), Detail of vintage postcard modified with gouache and ink

This book is perfect for your friend who jokes about the world ending soon. Using vintage American vacation postcards as his inspiration—the kind of scenic photos of the Grand Canyon or Mount Rushmore that you might rifle through in a vintage store—Queens-based artist David Opdyke created a patchwork mural of postcards depicting a world going up in flames as a result of unchecked climate change. It’s hanging now in a Jersey City gallery, Mana Contemporary, that you can visit through Jan. 15 or explore online, but the book gives you a tactile way to see his magnum opus. A vast network of pipelines runs throughout many of the postcards, with graffitied messages like “Free water now!” and “No Quotas!” Planes fly overhead trailing banners reading “Defund the Ark” and “Build the Sea Wall” as other planes try to drown out those messages with cries of their own to “Fight the EPA!” It’s so well-conceived and, sadly, imaginable—N.D.