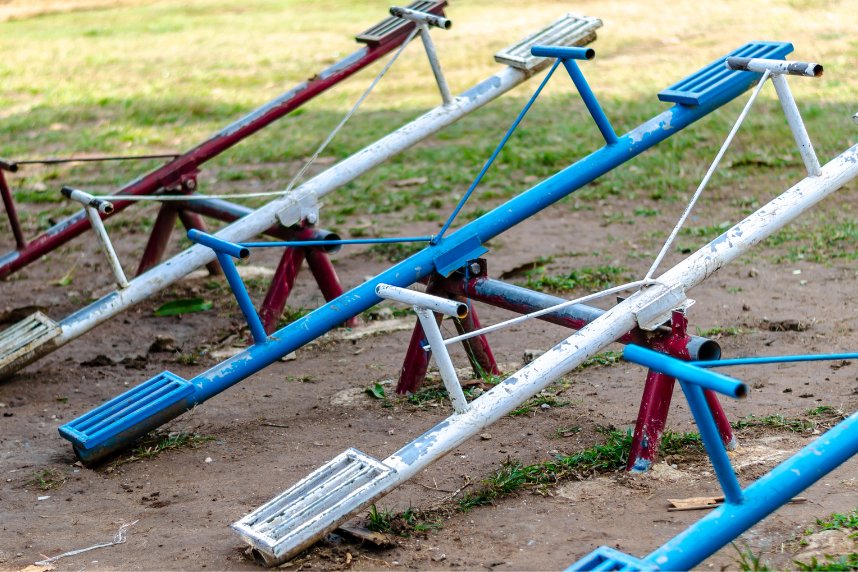 A year ago we headed into what was supposed to be a few weeks of lockdown to flatten the curve. In that year more than half a million Americans have died of Covid-19. Masks became a political statement. Some of kids haven’t stepped into a classroom. Some people haven’t touched another human. It has been a season of deep, world changing loss.

The past year has also been a window into what’s possible when all the normal rules fall away. It’s hard to hold it all at once, the loss, the opportunity, without resorting to tired platitudes. To get a first-person perspective on how the pandemic has changed us, we asked writers, business owners, and friends to chime in on those two questions. What have you lost in the last year? What have you gained? 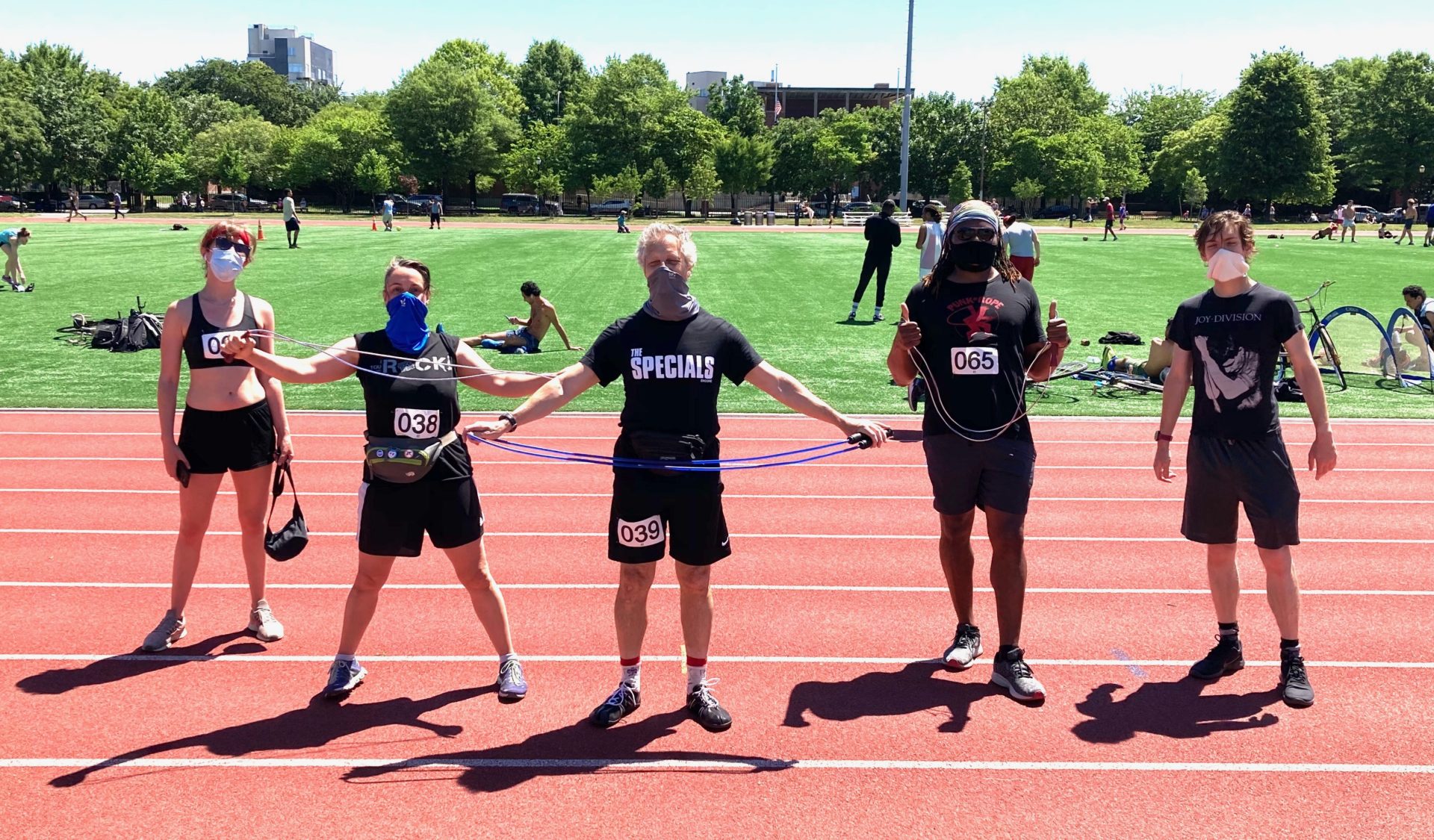 Tim Haft, founder of Punk Rope and Beastanetics (which you can take online or in a distanced way in McCarren Park)

I’ve lost my tendency to take various aspects of life for granted including my health, my home, and my friends. I think Fats Waller said it best: “One never knows, do one?” Or as John Calvin pointed out in the 16th century: here today, gone tomorrow.

I’ve gained a much deeper understanding of white privilege in American society and an appreciation for how many of our fellow citizens, especially Black Americans, must fight so much harder to get on even footing. And, as a result, I’ve gained a renewed sense of purpose: to help my brothers and sisters of color to obtain what was promised to them in the Declaration of Independence. 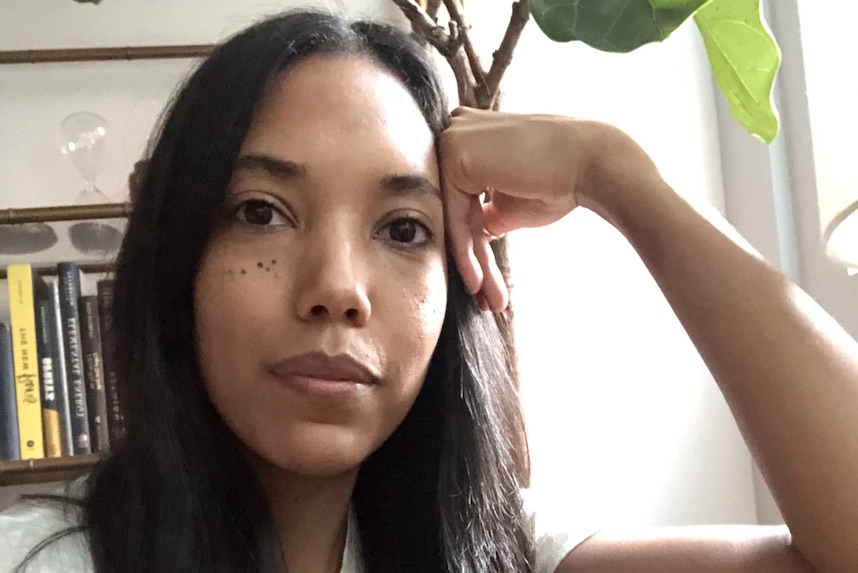 Aside from my ability to socialize with strangers without being awkward (12 months of living in solitude will do that to you), I would say the biggest thing I lost during the pandemic was my fear that if I stepped out of my professional rat race, I’d get left behind. I was working full-time as a magazine editor until last month when I decided to leave my position to return to freelance. It took several months of sitting with myself to finally reconnect with my inner voice and hear how much it really wanted to slow things down and focus on one thing at a time, which is not the direction traditional media is heading toward right now.

Taking that risk felt scary but on the other side of that fear was liberation (and still work, thankfully—I do not take that for granted given our current economy). And what I gained in return was the time I needed to find deeper meaning and purpose in my day to day, which is what I really wanted. 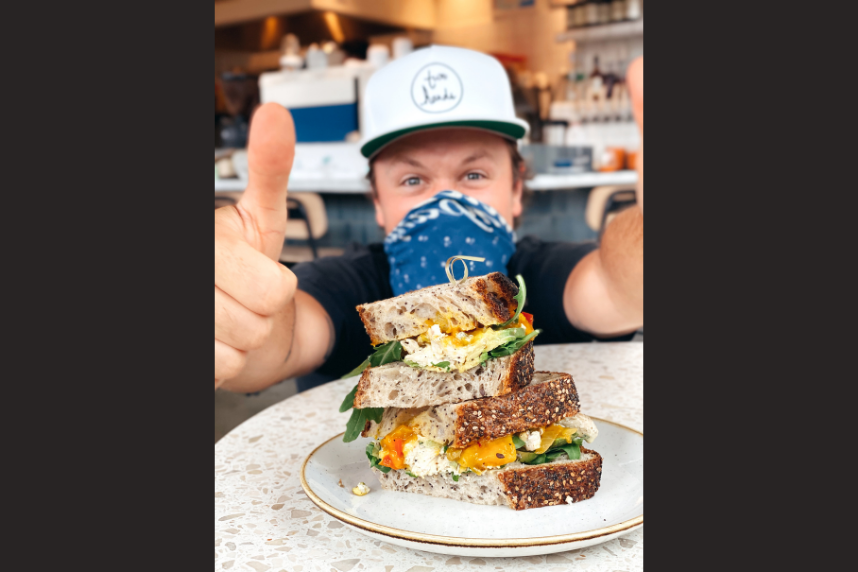 I lost a lot of great staff. A lot of Australian exports who had worked with us for a long time and helped build the culture here. I lost my business partner. I lost some hair.

I gained time with my family during lockdown. A unique situation that may never repeat itself. I gained a new restaurant in Austin, Texas, which brought new friends, staff, and experiences.

I’ve lost energy, and some motivation. Walking has always been my favorite form of transportation and recreation, but as the pandemic winter set in, I found myself getting into the habit of “floor time,” basically lying on my back, on the floor, wearing what must have been my entire coat closet, wanting to nap but willing myself to experience fresh air. At least it was good for my back? Mentally and emotionally, motivation has been hard to capture, even as I know I need it to land more work, which I’ve both gained and lost this year.

Reconnecting with my college friends has been such a light during this year. We’ve been varying levels of in touch over the years, but finding ways to stay emotionally connected, to challenge and support each other, to help each other stay grounded when we forget what reality is, to make each other laugh. I’ve grown to resent the tyranny of the Zoom squares, but we’ve used video chat in far more pleasant ways than meetings that should be emails: movies, yoga, even work day coworking when we’re not in one of those meetings, and just need a little gentle accountability during the day. I’m glad we have each other. 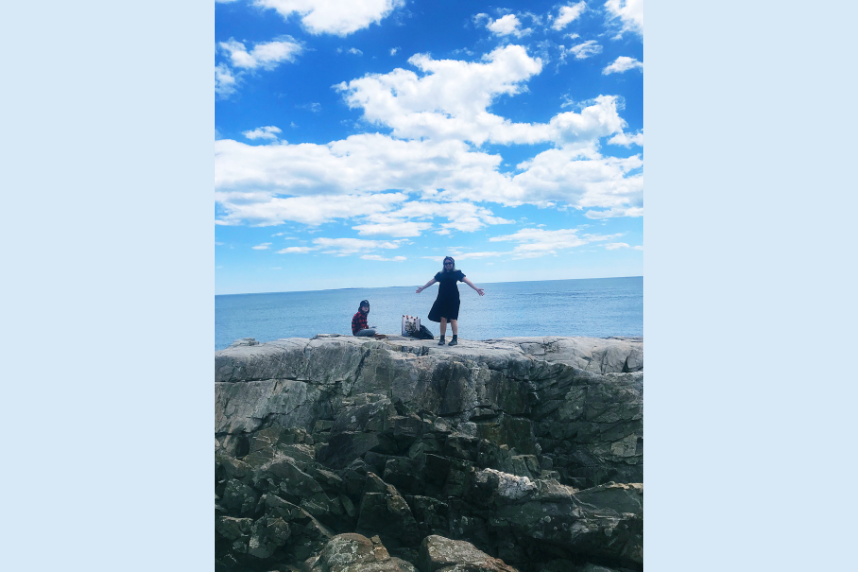 I lost my co-workspace, which was a bummer because I can’t imagine a time in the near future when people will sign up to be in one big room all together like that. And yet, for me, it was more productive than a coffee shop and much more affordable than an office space. Plus, there was no one interrupting me to find their favorite pencils or look at homework.

At the beginning of the pandemic, when my husband, son and I all were working and schooling at home, we had the opportunity to live outside of the city for six months. After decades of urban living, it was a chance to reconnect with nature, slow down a little, and gain perspective. I’ll never leave NYC, but it was a chance to peek into an alternate universe for a minute.

I lost income, a relationship, and a few extracurricular activities, like volunteering and singing in a chorus. However, while this time has been so difficult and filled with loss for so many, my losses netted gains.

Before the pandemic, I was working constantly as a nanny for several different families, sometimes 15-hour days. So many domestic workers either lost their jobs or were forced to work through the stay-at-home order under dangerous conditions in the last year. But last March, three of my employers offered to pay me my full weekly guaranteed hours to stay home until we all felt it was safe for me to be at work again, which ended up being sometime over the summer. While I lost income from the other families, I found that my income from working just 42 hours a week was plenty.

Domestic work can be tenuous because it’s under-regulated and undervalued. So for years, I had trouble saying no to work, never knowing when a family’s change of finances or of heart might change my work situation. Since I started this career five years ago I’ve been incredibly lucky, and I must acknowledge that I also benefit from white privilege. I believe my bosses would have treated me the same regardless of my race, but I have definitely had advantages and privileges because I am a white, U.S.-born domestic worker. I feel like the pandemic has really highlighted that reality for me.

Before the pandemic I was also flying from New York to Chicago every couple of weeks to visit my then-boyfriend. Our relationship was never easy and the pandemic highlighted how incompatible we ultimately were. Although a pandemic is not a fun time to be single, I’m relieved to have that behind me.

During this time, I have also gained skills and knowledge. I completed RIE® Foundations, an infant care class that I had been wanting to take for years. I also took a couple of graduate-level early childhood education classes and was admitted to school at Bank Street College of Education for fall 2021. I would not have had the time or the energy to pursue both these things if not for the opportunity to reflect on my quality of life and shift priorities, which I wish didn’t take a pandemic to happen.

I do not want to seem dismissive and oblivious. This pandemic has been horrible. And I did experience a lot of fear and anxiety last spring. I went from being extremely busy and social to having what felt like nothing. I now know it’s not true that I had nothing during that time. I feel extremely fortunate and now, hopeful, as I think about the future. 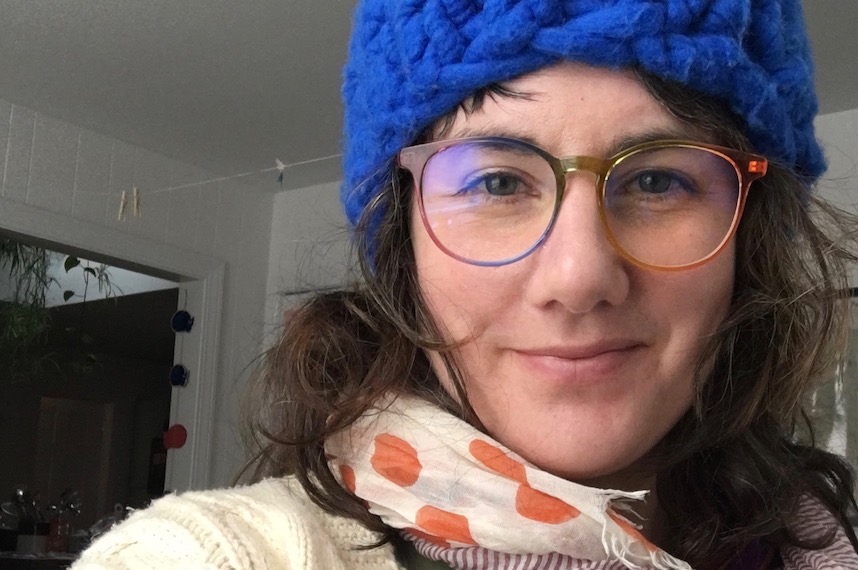 I lost a job I loved. In May I got laid off from Quartz, where I was the editor of the Daily Obsession. I got to work with smart, funny writers, and learn new, weird stuff every day. It was a challenging role that was also totally predictable in its demands, which is a rare journalism job, and ideal for someone like me, who has young kids. After years of freelancing and building Brooklyn Based it felt really good to be part of something where there was professional support and room to grow. I’m still figuring out what comes next.

I’ve gained an appreciation for community over the past year that goes way beyond the shallow way we often use the concept. My neighborhood has been a source of comfort, stability, and actual human connection. And the small town where I live has continued to amaze me. Local organizers put together a program called Everybody Eats that pays struggling restaurants to provide free meals—5,000 a week!—to anyone who wants one. I was part of an intense community safety review process that, entirely over Zoom, took a deep look at policing in our town and how we can build a better, more equitable culture that is less reliant on punitive, carceral systems.

There is so much will to make a better world, and I try to remind myself that I need to carry that forward every day, even once daily life returns to normalish.