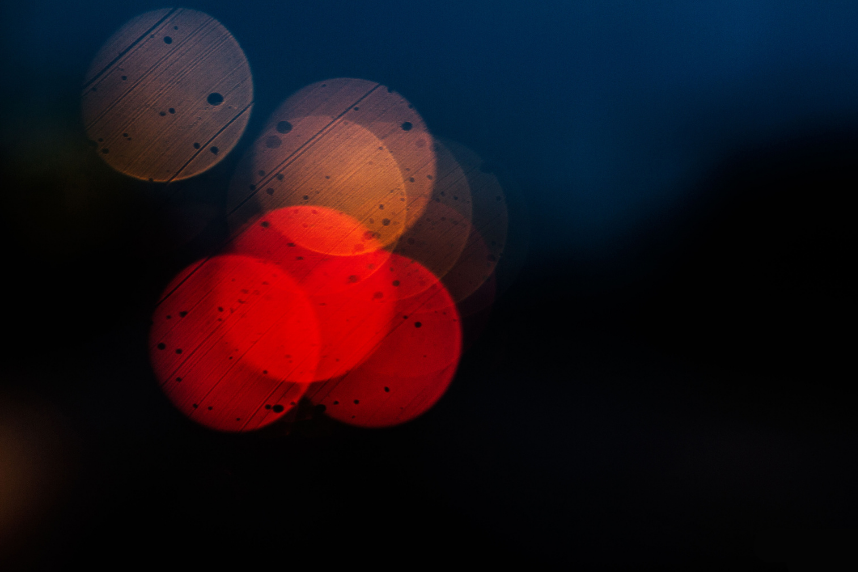 We’ve been in the dark for a year now, a collective state of ignorance where all plans, all schedules, all destinations, all futures faded from view. I keep trying to pinpoint the moment over a year ago when the novel coronavirus went from being somewhere out in the world to being here. It felt like smoke in the air, it didn’t yet have form, it didn’t seem real. In the United States we read about other countries’ health problems, SARS, bird flu, ebola, how curable diseases can plague a region, but it doesn’t happen here. Right? Isn’t that the promise of this country?

The World Health Organization declared Covid-19 a worldwide pandemic on March 11, 2020. That must have been the day I admitted to myself that I didn’t know what pandemic meant, so I looked it up. On March 16, 2020, New York City closed its schools, the largest public school system in the country. On March 22, Cuomo ordered all non-essential businesses to be closed. The coronavirus refused to be ignored, forcing a shelter-in-place order.

What would we have done differently had we known? That’s the question. Not to get caught up in hindsight and so many emotions, but to know this—our leaders allowed us to live in the dark for as long as they possibly could.

For the record, the way we used to do things is how we got here. We have a way in this country of mistaking selfishness for freedom. Our leaders generally appeal to our emotions, rather than truth, science and policy. Instead of recognizing that health care, housing, food, and equitable access to education are basic needs that our incredibly wealthy society can and should provide for everyone, we demonize poor people and worship the cult of personal responsibility. We continue to allow the systems that prop up white supremacy to be an undercurrent everywhere.

The Trump administration disbanded the Global Health Security and Biodefense unit in 2018, a National Security Council team that could have better prepared the country for COVID-19. New York’s governor, Andrew Cuomo came out looking like a champion for a few months because he actually did his job, keeping the public informed daily about the health crisis. That’s called the bare minimum. Now we find out he hid nursing home deaths, and he’s re-opening businesses before the majority of people are vaccinated. Mayor Bill de Blasio balked at closing schools because so many children who live in poverty in this city depend on schools for meals, and parents need them for child care, a clear gap in our social safety net for families. He took the office of mayor of New York City in 2014, before that he was the public advocate.

With leaders like this, of course we were in the dark. The dark we were in didn’t have a switch for light, there was no compass. This year put us in places the business and busyness of our lives allow us to ignore.

We move through the dark following our instincts, but the problem is people have different instincts, and some people mistake their own self-interest for instincts. If you can’t see, you think you don’t know where you are, but your other senses, along with your experiences, can help you move forward. People sat alone, witnessing the world, until they could no longer be still. They fed their neighbors, they raised their voices against police violence and murders and citywide curfews, they fought for their rights and the rights of other people, they provided housing for vulnerable communities and continue to work for liberation and safety for all people.

I work at the largest emergency food provider in Brooklyn, both a soup kitchen and a food pantry. We are essential, an esteemed member of the group of caregivers and businesses that remained open during shutdown with staff who commuted and went to work. Essential businesses were the safety net in this crisis, the places that stayed open so you could stay home. Of course hospitals are essential, but also grocery stores so you could cook at home, and delivery drivers so you could order whatever you wanted, and liquor stores because self-medicating is important, and food pantries so the people don’t rise up and kill all of you. Essential workers became the servants of the shutdown. Thank you for the 7pm pot banging. It made it all worth it.

I can’t recall the amount of times we pivoted at the food pantry and soup kitchen. Pivot. That’s the word we all use to talk about blowing up the systems we used and creating new ones, over and over again, in the blink of an eye. A pivot may require muscles you don’t have yet, like an exercise that reveals the utter weakness of one of your glutes. Muscle memory can be our enemy. An addiction to the way we used to do things.

You build muscles when you move in different ways. You become stronger, these moves become less frightening, you let go of what no longer serves you.

At the food pantry, we committed the ultimate betrayal—closing the building to people, taking away indoor dining, public restrooms, human interaction, the same thing that happened to everyone in this city. People asked me how our guests reacted early on in the shelter in place. They were happy to find food, grateful that we were open when over 300 pantries closed in this city. That moment wasn’t their first taste of scarcity and crisis.

We made so many changes at work, re-organized the building so many times, until we got to where we are now, which is maximizing the amount of space we have to basically become a warehouse. We kept meeting the daily need for pantry bags and meals, distributed outside of the building, rain, snow or shine, as the need increased daily through the spring and summer.

We realized we could store pallets of food in the former dining room quickly, since the garage was getting full of all the strange donations from shutdown restaurants and colleges and schools and food companies. We received fancier food than we’ve ever seen, bottled water, prepped broccoli, bags of shredded cabbage and carrots ready to become coleslaw. Grated lettuce produced from Burger King, five gallon buckets of peeled potatoes, so many nut milks. There were pallets of snacks, Cheez-Its and chocolate chip cookies, two pallets of gallon glass jars of pickles I never thought we’d distribute but did in two weeks, so many plastic tubs of Zatarins spice, and two more pallets of premade graham cracker pie crusts. We received pallets of boxed, surplus meals from the Covid-19 hospital at the Javits Center, each labelled “patient” or “staff.”

We found the coolest places to store pallets full of perishables.We discovered that we could fit twelve pallets in the chapel, and at least nine in the pantry waiting area and when we finally saw how dire the crisis would become that the former dining room with its heavy tables that we gradually moved into storage along with all the chairs was the most spacious and efficient place to stage our shelf-stable pantry area, a place where we could stack pallets and make an assembly line to pack the hundreds of bags we distribute daily. We used to put the bags on the tables but the tables took up too much space so we had to buy shelving because that’s what shelving does is maximize space and then we had to move all the tables and their stands and all the chairs so we could make more bags and hold more food so we can meet the need.

If only we had known in the beginning.

As essential workers, we were eligible for the vaccine early on. A nurse came to speak with us about it—why she received it, why she believed in it, and why she thinks other people should get vaccinated. She talked about the misconceptions about the vaccine, and why the Black and Brown communities of this city have been so ravaged by Covid.

She described working in a hospital last spring,  leading up to the state’s shelter in place command. As more and more people got sick, the ambulances lined up outside, people drove themselves to the hospital. Some of them died in their cars. She described a cycle of transmission, how medical workers treated sick people without PPE, became sick themselves, then took Covid home, infecting family members, then sending their loved ones to their hospital because they knew their colleagues would treat them well, bringing a highly infectious virus back to the hospital. Living and working in the dark.

She finished her talk by telling us why she got the vaccine. Her hospital had three refrigerated morgue trucks onsite. The office of the chief medical examiner would come and pick up bodies to store in a long term storage facility. During this time more people would die in one day at her hospital than during an average year. Bodies backed up everywhere in the city. Funeral homes were overwhelmed, along with crematoriums. The state relaxed the air quality regulations to allow them to burn for longer hours. This happened in L.A. in January, too. She got vaccinated so that doesn’t happen again.

I don’t want to go back there again either.

A year ago we were somewhere we’ve never been before, in a New York City that was shut down. We flattened the curve here in June. Our collective effort did that. Then we completed the U-turn and every holiday since has been accompanied by spikes in coronavirus cases. A combination of muscle memory and an intense desire to go back to how things were, to “normal” creates this cycle. But endless crisis will end up being our new normal if we don’t address the issues revealed over the past year.

The word “society” has been in my brain this entire year as every single fucking frail thing in this country has been exposed. I’m not interested in Democrats or Republicans or whether a policy is communist or socialist, against our democracy. I don’t care to hear political theories. I want a society that supports all people, that recognizes the point of civilization is the promise that all people are treated equally, protected, fed, housed and treated with respect. Our society is supposed to be a place where all people benefit.

The good news is the people who can take us there, the new hope for this city, are out here. They were in the street this summer, leading marches, bagging vegetables to deliver to their communities, securing housing for vulnerable people, organizing volunteers to accompany people home in unsafe areas. These are the people who know how to navigate the dark to get to the light.

We’ve got a lot of work to do to get there. What will we do differently now that we know? Roll up your sleeves and cancel your brunch.

Leave a Reply to Carolyn