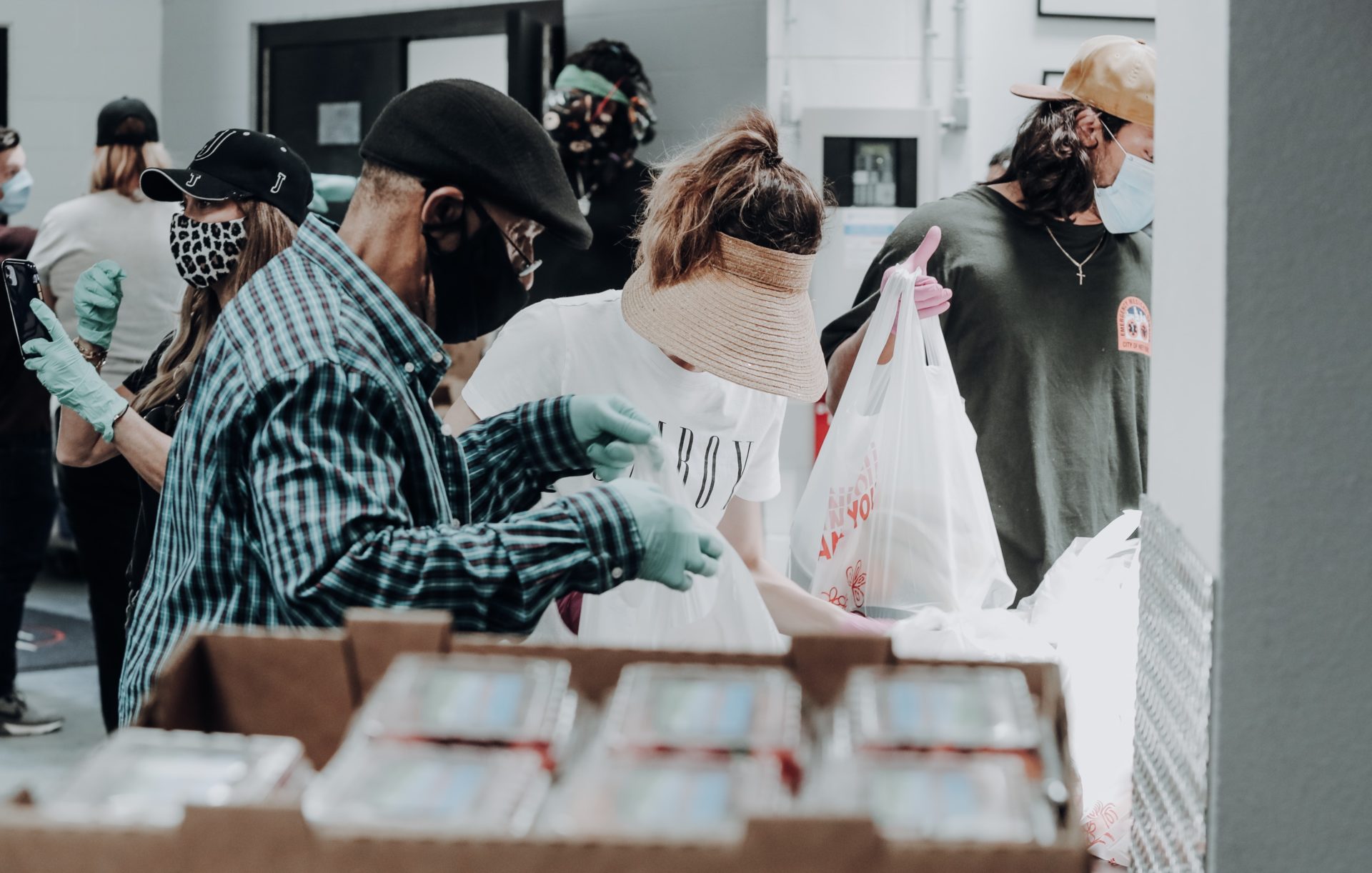 Six years seems like a blip in a city where New York minutes go by in seconds. But in the lifespan of a voluteer-run community space—that’s primary function is meeting the needs of its neighbors—it’s something to celebrate. So, the fact that Woodbine, which was founded in 2014, is not only surviving during a public health crisis, but expanding its network of support in Ridgewood, Queens is down right remarkable.

Much of its evolution has come in the form of mutual-aid programming. It currently operates a free fridge, runs a food pantry with Hungry Monk Rescue Truck, a local organization that focuses on homeless community outreach and food insecurity, and provides high-speed internet to low-income families in the general vicinity of its physical space on Woodward Avenue. These are just some of the ways its volunteers have pivoted their operation during the pandemic.

To get a better understanding of the how Covid-19 has impacted their community and their work, we spoke to one of Woodbine’s co-founders and organizers, Matt Peterson, as part of our exploration into the future of mutual aid in New York City. Take a closer look at what we’ve uncovered by checking out this Q&A with Crown Heights Mutual Aid and learning more about how a similar group in Gowanus is offering more than free goods and groceries.

Ilana Novick: How have the needs of the community you serve changed over the course of the pandemic?

Matt Peterson: A lot of the mutual-aid work that we’re doing at Woodbine is really just people becoming more present and active in dealing with the economic disparity that already existed in our neighborhood. So it’s under this umbrella, or cover of like covid, but in many ways, it doesn’t have that much to do with the virus itself. We’re not doing health work; we’re doing mostly food work, and that doesn’t really have much bearing on the virus—there was poverty or food insecurity before this pandemic. So I think that’s one of the main things that shifted since March.

IN: How did the pandemic make problems that already existed more visible?

MP: Because covid was so exceptional and so disastrous as this global emergency, it created a dynamic or framework where things could become more visible, like the food lines, for example, or the kinds of needs or even desperation that was already existing. It created a climate where it was now okay for that to be discussed.

IN: How has the work you’re doing in Ridgewood changed over the past year?

MP: One of the things is that since the beginning to now, we’ve had more than 300 people volunteer with us, which was not normal before—it was kind of a smaller-run, tight-knit group that really maintained the space. And many of those people were also people we met from our food pantry work and other services. So that shifted.

We also started a seed library this spring for people to access free seeds to grow in their backyard or roof or windows or if they have access to community garden plots. Another thing we did was we help schedule vaccine appointments for the elderly people, people for whom English isn’t their first language, or people who didn’t have access to the internet that just didn’t know.

IN: How do you feel about the future of this model of communities helping each other extending beyond the pandemic?

MP: We’re not waiting for the government to do it or waiting for some non-profit, humanitarian charitable organization to come save us necessarily.