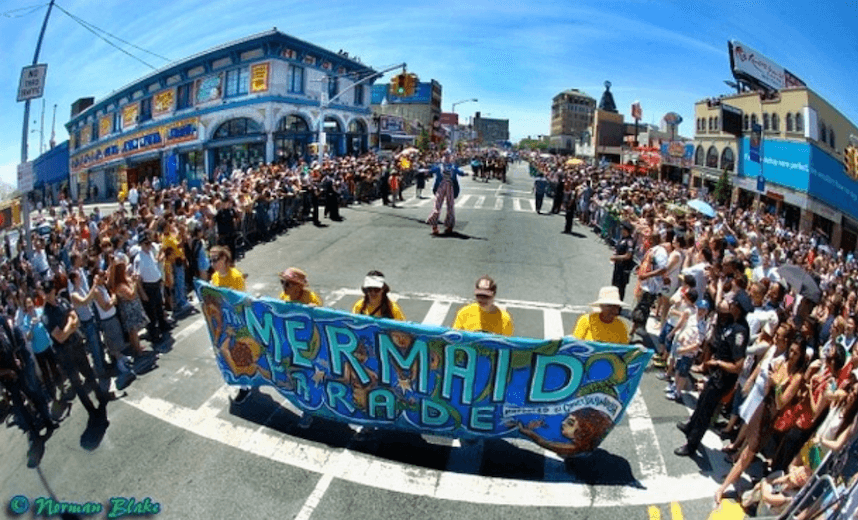 What up, BK, and congrats on putting another week in the rear view! I am looking forward to a 3-day weekend with minimal plans and lots of R&R opportunities. Despite record heatwaves everywhere else, the weather around these parts looks like it will be downright lovely, which is great because it really feels like our inimitable borough is my oyster! The Coney Island Mermaid Parade is back today for its 40th year after a three-year absence, and bearing witness to that kind of creative energy feels like just what I need right now. This weekend also marks the first-ever Brooklyn Magazine Festival, a series of talks and concerts culminating in a music fest at the LeFrak Center in Prospect Park. Of course, Sunday is Juneteenth, which means there are all sorts of events scheduled to honor, observe, and reflect upon our collective history and the experience of African-American and Black communities. Some that particularly caught my eye are the Juneteeth Food Festival at Weeksville Heritage Center, BRIC Celebrate Brooklyn!’s Juneteenth Unityfest concert, and a full day of Juneteenth programming at the Brooklyn Museum featuring events like a Freedom Ride bike tour of Brooklyn locations relevant to the Black community and a family sound bath.

Sunday is also Father’s Day, so maybe you should treat the special dad in your life to a special seafood feast at Red Hook Lobster Pound? I was there last weekend and feel pretty confident recommending a lunch of peel & eat shrimp, lemonade, and a lobster roll followed by a short stroll to Steve’s Key Lime Pie for a totally gratuitous Swingle to top it off. Another option is the Gowanus Artwalk on Atlantic Avenue, which opens this weekend and features the work of 100 local artists on display at 70+ locations between 4th Avenue and the waterfront. When you get to the end, you’re perfectly positioned to hop on the ferry to Governors Island, where you might recharge for the afternoon at the luxurious QC Spa that was recently reviewed by our own Meredith Craig de Pietro.

A good friend picked up tickets for a bunch of us to see POTUS on Broadway recently and we all loved it, so I’d recommend that if you’re looking for a fun night out on the town, and fans of political comedy would also do well to reserve a spot to see Hari Kondabolu perform and record his new special at The Bell House on July 1 while they still can. Finally, if you’re craving a Shakespeare fix, Shakespeare in the Park opens this summer’s production of Richard III on Tuesday and the Brooklyn Shakespeare Festival is performing Romeo & Juliet at the Industry City bandshell on June 22.

There you have it, friends, lots to do and see and experience and a gorgeous weekend ahead in which to cram it all in! Enjoy and feel free drop us a note to let us know where you end up!