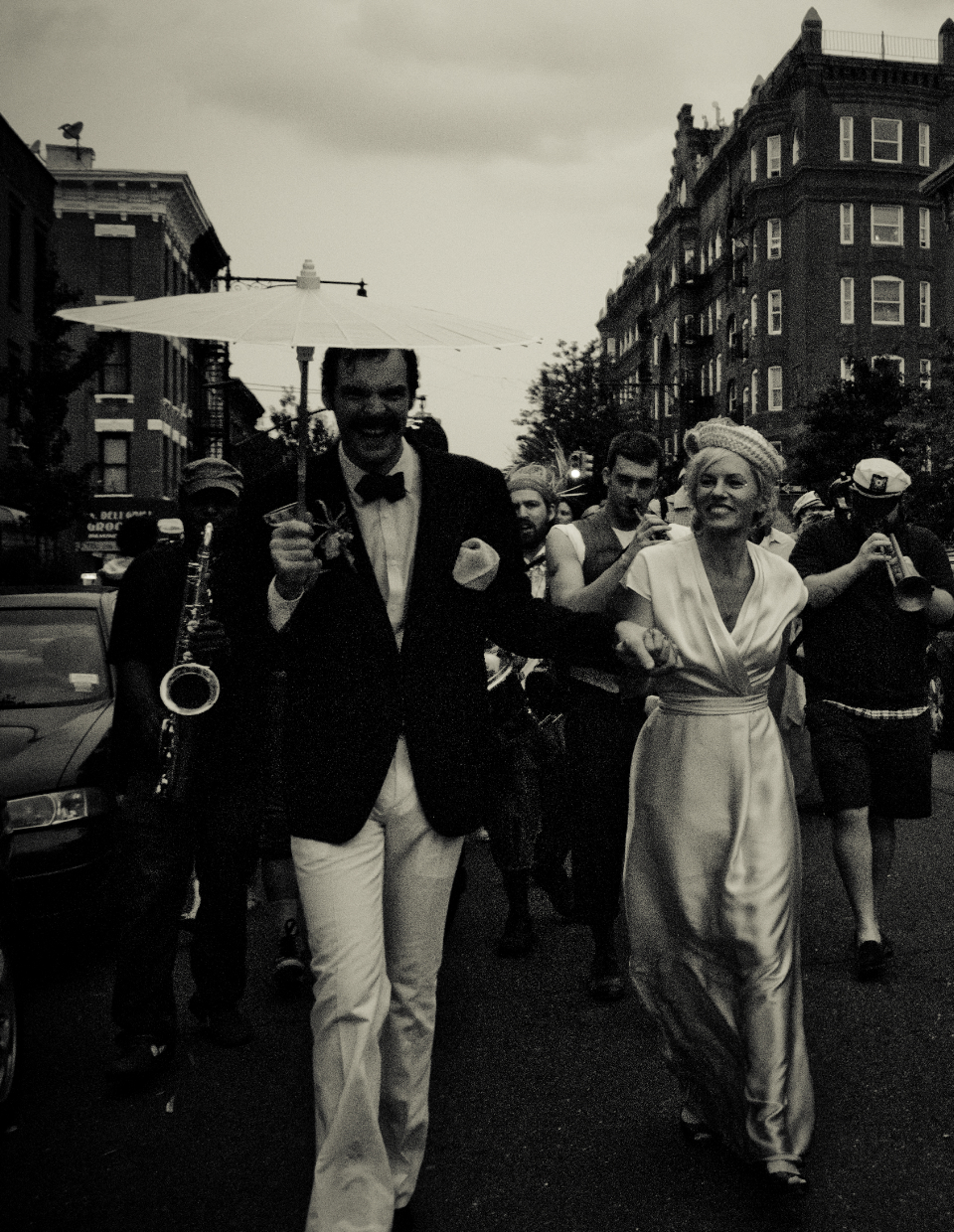 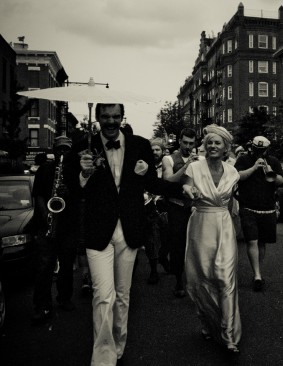 When Nackie Karcher and Patrick Cupples first met, she was dressed as The Mystery Woman and he was in a Peter Pan costume. “We met in our loft building on Halloween four years ago,” says Nackie. Patrick lived on the floor below her, and she went to the party he was throwing. “He was amazing to watch with his friends,” she says. “I wanted to know this kind-hearted person. We hit it off and the rest is history.” Patrick and Nackie were married on September 25, 2011.

They knew it was love pretty soon after their Halloween meeting. After just two months together Patrick asked Nackie if she wanted to make plans to go to Ireland with him four months down the road to see Radiohead. “I think we both knew we were headed for a life together,” she says. Today, Patrick, 32, is a musician and songwriter and Nackie, 38, owns The Parlour Brooklyn, a hair salon in Greenpoint.

The pair took their love of Halloween, costumes, and all things lighthearted and silly and channeled it into their wedding. Guests were asked to dress in a nautical theme, which their equally whimsical friends turned into a riot of sailors, pirates and sea creatures. They were married on the roof of the building they now live in, with a view of Manhattan as the background for their nuptials.  After vows and a champagne toast the entire party paraded five blocks to The Parlour, the reception location, accompanied by a band trumpeting celebratory New Orleans style music. “It felt as if time stood still for us,” says Nackie.

As members of Brooklyn’s creative class, they looked to other small Brooklyn businesses to outfit their wedding. Nackie’s dress and Patrick’s ring were made by In God We Trust, the bride’s ring was from Catbird, all the food was made by I8NYfood.com and they served cupcakes from Sugarsweet Sunshine. Their Greenpoint neighbors Brouwerij Lane and Dandelion Wine provided the beer and wine, and Sarah Bedford another neighbor, did all the flowers through her company, Bedford & Co.

Now that they are happily married, Nackie and Patrick share dreams of houses and boats and the beach and are working hard to bring all those elements together into a glorious future, which also includes their dog Ozzy. “We love visiting with friends and entertaining together,” says Nackie. “And of course, lots of laughter and silliness.”