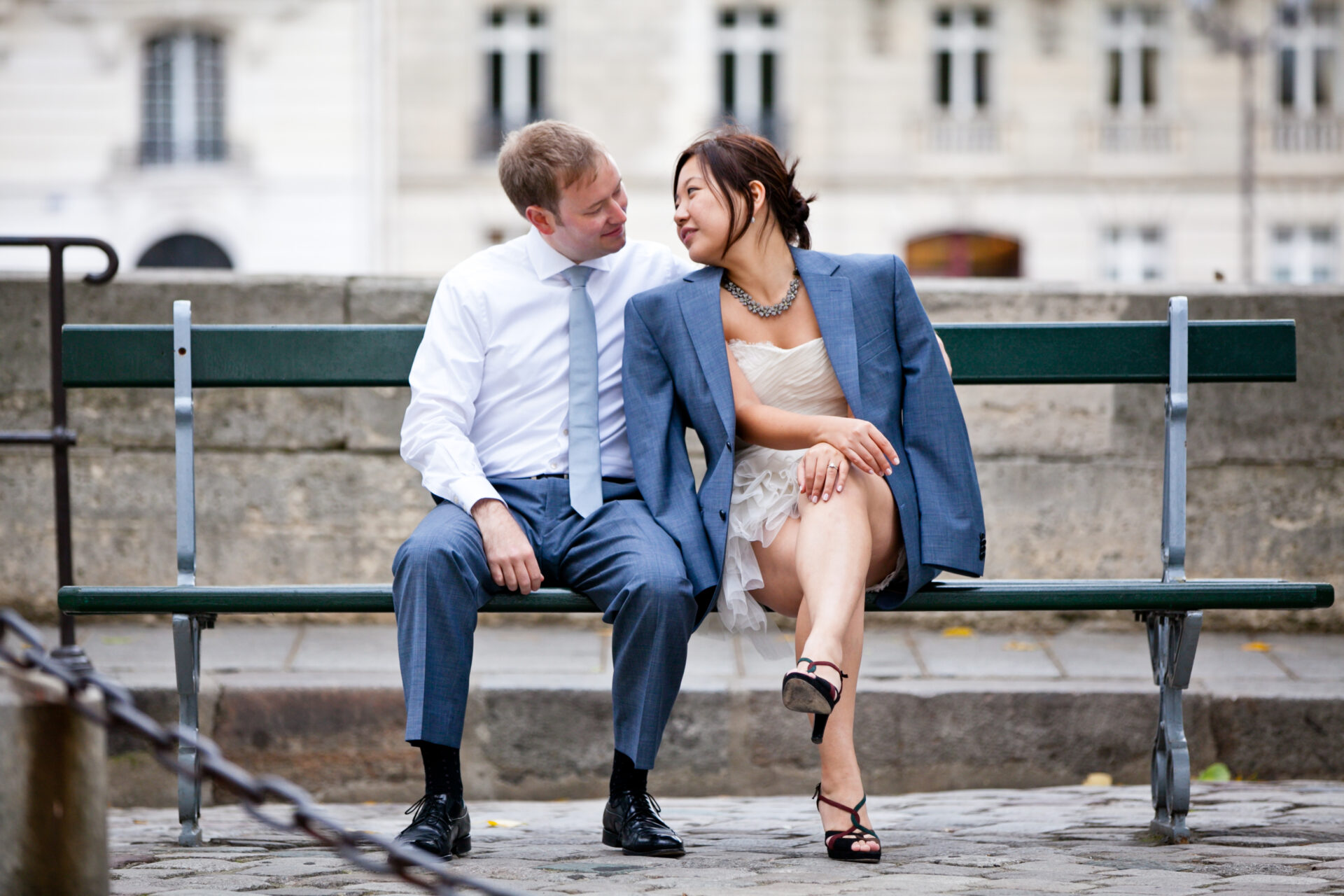 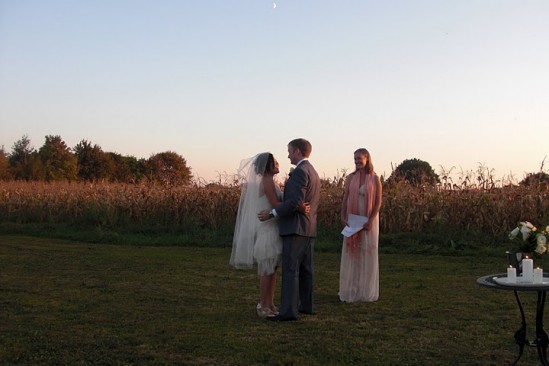 Part of the appeal of the old love adage that opposites attract has got to be our obsession with long shots and underdogs. But when you think about it, one thing that people who tend to fall in love with their opposites share is a deep curiosity about and appreciation for new and surprising traits in others.

At least, that’s the way it works for Brandon Gribben and Anna Natsume, who were married in the Loire Valley, France on October 3, 2011.

Anna grew up around the globe; she had lived in Tokyo, Paris and London by the time she was a teenager. Brandon spent his entire youth living in the same house outside of Seattle and then attended the University of Washington in his hometown. Anna’s international upbringing kept her from developing typical American pop culture obsessions, while Brandon spent his teenage years consuming punk rock music and indie films.

The pair met in September 2004 through Brandon’s assigned roommate at Brooklyn Law School, who was a friend of Anna’s from her undergraduate years at Brandeis University. Over the next few months, they saw each other frequently while hanging out with mutual friends in Manhattan and Brooklyn. While Anna soon became smitten with Brandon, he stayed focused on law school for a while before realizing that there might be some romantic possibilities with this girl he had been spending so much time with. They started dating in December of 2004. “Our relationship grew very organically,” says Anna. “They say you can tell a lot about someone by the company they keep and the fact that we liked each other’s friends brought us closer.”

After six years of dating, Brandon proposed on Thanksgiving Eve of 2010 while the two of them were visiting Brandon’s family in Washington. Brandon had been planning to propose at a nearby winery; however, he had to improvise when Anna decided to buy a big wine rack at the winery, which Brandon had to carry back to the car. Brandon decided to take Anna to the house where he grew up and it was there that he got down on one knee and asked her to marry him. The proposal took Anna completely by surprise and once she got over her shock, she uttered, “Of course…I thought you’d never ask!”

When it came time to tie the knot they both agreed that they wanted a low-key, intimate wedding with just family. Anna’s parents and sister live in France, where she went to high school, so the couple decided to have their wedding at an old farmstead in the Loire Valley, with the entire wedding party staying in cottages on the grounds of the property. 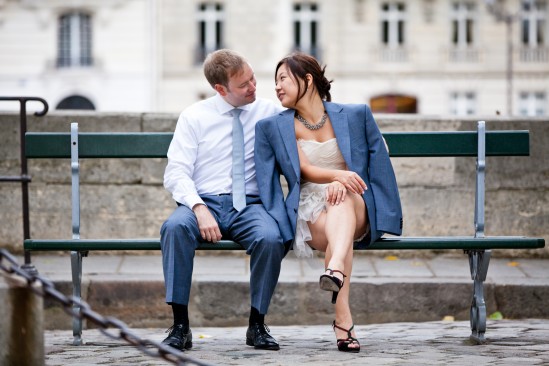 Their family members didn’t just attend the wedding; they helped make it happen. Anna’s sister Miki, a pastry chef at the famous Rose Bakery in Paris, volunteered to bake the cake and then surprised the couple by cooking the entire buffet that followed the wedding. The three-level cake embodied the elaborate elegance of Parisian confections, covered in quilted marzipan and accented with miniature pearls, ribbon and a cascade of flowers. Brandon’s sister Kristin officiated the ceremony as the sun set behind the cornfields that surrounded the farm. After the ceremony, the families spent the rest of the evening eating Miki’s home-cooked feast and dancing to Brandon’s custom playlist. The magical day was sealed when the couple looked up into the night sky and saw a shooting star.

After spending a week in France with their families, the newlyweds headed to Greece for a nine-day honeymoon. They visited Athens, Santorini and Naxos, and had an amazing time drinking Greek wines, eating local seafood and exploring the ancient sites.

Today, the couple lives on the border of Park Slope and Gowanus. Anna, 29, works as a marketing communications manager for Robert Marc, an eyewear designer. Brandon, 32, specializes in real estate law as an associate at Kucker & Bruh.

Settling into married life in Brooklyn hasn’t been too much of a challenge for Anna and Brandon, since they’ve already been together for seven years and cohabiting for four but both say that they feel an even stronger sense of commitment to one another and that they’re incredibly excited for their next chapter.

“When we first met no one would have thought we had anything in common,” says Anna, explaining the yin and yang of their relationship. “I love the fact that he’s different–there’s no expectation that we’ll always agree on things and we don’t try to change one another.”

Leave a Reply to Wedding Maniacs