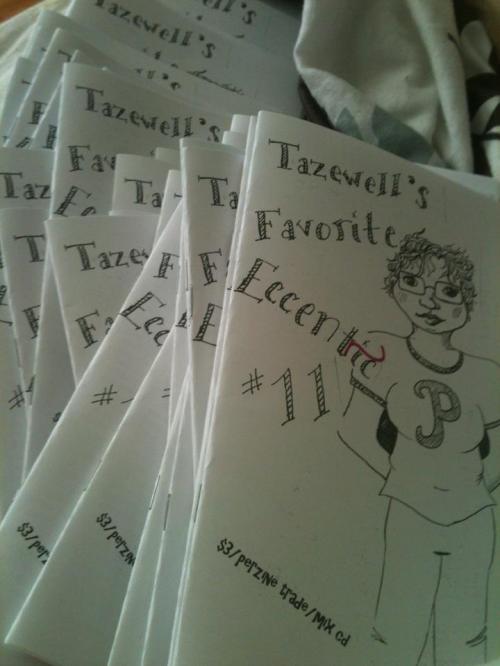 The blogosphere killed the zine scene, right? Wrong. In a way it makes sense–with their intensely personal narratives and hand-drawn aesthetic, zines are like a cross between two other 21st-century pastimes: blogging and crafting.

Last year, Kate Angell and her friend Elvis Bakaitis held a feminist zine reading at Bluestockings on the Lower East Side. Like Alison Piepmeier’s 2009 book, Girl Zines: Making Media, Doing Feminism, the reading shed light on DIY feminist publications, but it was focused on zines that are being made and read right now, despite the advent of that other easy, cheap way to share stories–the Internet. The event was packed and droves of attendees came up to Angell and Bakaitis afterward to thank them for featuring feminist-specific zines.

The success of the reading and the thriving zine scene that it revealed led the pair to organize the first-ever Feminist Zinefest NYC, which will be held at The Brooklyn Commons this Saturday, February 25. From 1 to 6 pm, you can check out 30 different zines and meet the makers behind the photocopies and collages, for free. 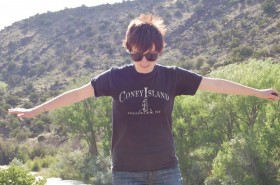 Underground zines–handmade, photocopied booklets covering everything from punk rock to science fiction–have been around since the ’60s. In the ’90s, zines were often love letters to punk bands that were handed out at rock shows, written by men and women alike, with a strong feminist and Riot Grrrl subculture existing within the larger zinester landscape. Zines today are still handmade booklets that are photocopied and bound with staples, but many feminist zines have become more specific in their subject matter, and there are now online forums  where readers and makers discuss and distribute zines from all over the world.

“Zines demonstrate to anyone with information they’d like to share that they can very cheaply and easily publish and distribute their thoughts as they see fit,” said Angell, a reference librarian at Sarah Lawrence College, explaining their enduring cultural importance. Angell is in the process of starting a zine collection at the college, as they form rich primary source documents for academic research. Sarah Lawrence isn’t the only institution taking zine culture seriously. As part of their new Riot Grrrl Collection, NYU acquired The Kathleen Hanna Papers last year, including zines on feminism, punk activism and queer theory as well as letters Hanna wrote during her time with Bikini Kill.

With Feminist Zinefest NYC, Bakaitis and Angell hope to represent a wide array of feminists and feminist conversations without placing a strict definition on the persistently protean term. “I mean to me, if it relates to female-bodied people or women, it’s feminist,” Bakaitis said. “We wanted different perspectives on gender or feminist issues.” To gather participants, they put a call out on Facebook and other listservs asking zinesters interested in tabling at the event to explain why they considered their zines feminist publications. The topics that emerged were diverse, including the narrative project Ours To Tell, which shares first-person abortion stories; The International Girl Gang Underground, a compilation of stories and artwork on the current state of the Riot Grrrl movement; and Bakaitis’ own work, Homos in Herstory. “I think my personal life goal is to let everyone know Susan B. Anthony was gay,” Bakaitis said.

Most submissions related to gender issues or classic feminist topics like body image. “We didn’t have too many off-the-wall ones,” Bakaitis said. “Though we did have one person send drawings of his dick and say, ‘this is feminism.’” It won’t be at the show on Saturday. 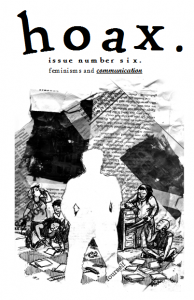 Zine makers are anticipating the fair as way to connect with one another, as well as their readers. Rachel and Sari, the duo behind Hoax, a compilation zine that covers feminist and queer politics, have been to more than five zine fests together and say that there’s a specific kind of person who gravitates to DIY culture. “These people, for the most part, value creative work and skill,” Sari said. “Knowledge sharing for the sake of community-building, rather than solely for profit.” Most of the time, zine- making is an intimate, singular activity that you work on alone, isolated from others. These fests are a chance for zinesters  to connect with one another offline and off the page.

So why don’t zinesters just start a blog, which is arguably just as creative, isolating, and non-money making?

“Zines take time, money, and care that isn’t found on the internet,” Rachel said. “It’s probably safe to say that being handed a zine that is the product of hours of work and dedication that is unlike any feelings one might get from reading a blog.” Sari and Rachel said they feel like more active listeners when they read zines. “With blogs you get distracted by all the pop-ups and windows and aren’t really present,” Sari said. “Holding something the zinester made themselves in your hand centers you.”

Even as some zinesters eschew blog culture, the internet has widened the access readers have to zines with sites like the Queer Zine Archive Project, which digitizes zines and makes them downloadable to anyone, and the rise of online distributors that make it possible to order zines from all over the country. Sarah Rose is the founder of Once Upon A Distro (distros are indie distribution methods for DIY everything–writing, music, crafts) and has been writing her own zine, Tazewell’s Favorite Eccentric, about growing up queer in a small conservative town in Virginia since she was 14 years old. “I wrote a lot about women I had crushes on,” she said. “It was a lot of angsty love letters to straight women. It’s mortifying to read back now.” With her distro she’s brought attention to niche zines like Fat-Tastic, a zine about loving your body and Femme a Barbe, a zine that focuses on body hair. “There’s nothing more personal than zines,” Sarah Rose says. “Anybody can bring what they have to say to the table and have it read.”