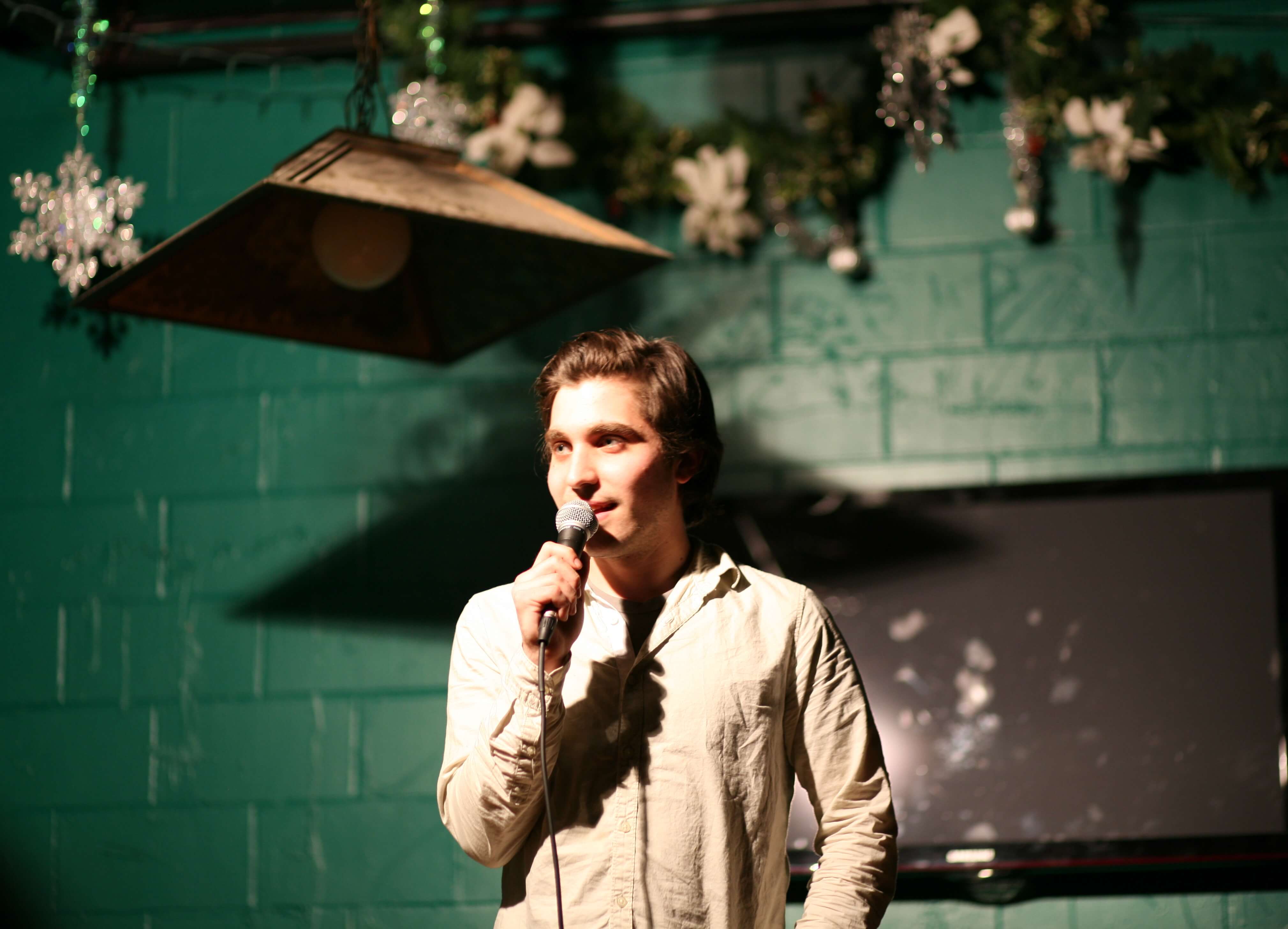 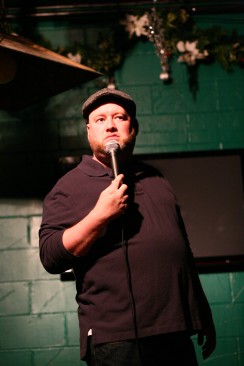 Any tears shed last Tuesday night at Alligator Lounge were not the crocodile kind. Our eyes welled up on more than one occasion while taking in acts at the bar’s new weekly comedy show, which is already drawing crowds and inspiring the kind of laughs that require a Kleenex.

After grabbing a cider at the bar and bypassing the free pizza that comes with every drink, we headed to the back room to grab a seat before the show got started. Lucky for us, its 9 o’clock call time was more a novel idea, as the show started closer to 9:30 pm, when its host and co-producer Sean Donnelly took to the stage. Under strings of shimmering silver snowflakes and a garland of poinsettias, which made us feel better about still plugging in our Christmas lights, Donnelly delivered an opening routine in which he called out his wife in the audience for her eating habits.

“I’m a picky eater,” he confessed to the crowd. “I know I don’t look like it.” While looks can be deceiving, it was clear from early on that Donnelly and fellow producers Robert Dean, Steve O’Brien and Kevin McCaffrey can put together one hell of a comedy show.

“We all think we’re very funny,” Dean told us as we were waiting for the show to start. Turns out he’s telling the truth, so when O’Brien heard the bartenders at Alligator Lounge were looking to start a weekly show in the neighborhood, Dean says it just made since for them to band together. “It’s just a lot for one person to do, especially when you do comedy all the time because we’ll get booked elsewhere.”

Each comedian hosts one show a month and performs stand-up in two others leaving them with one week off a month to ensure they don’t get too burnt out Dean said. Aside from themselves, they invite four to eight other funny people to join them on stage like Dan Soder, Nick Vatterott and Emmy Blotnick, who all performed Tuesday night. 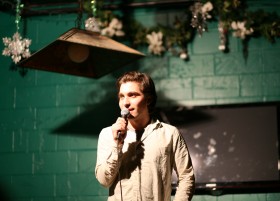 Robert Dean, one of the show's producers, reminisced about eyebrows

“It’s friends of ours, people we’ve always enjoyed seeing,” Dean said. “Our idea was to book on quality more than anything else.” This was apparent as the show got going. What else became apparent was that bypassing the pizza was indeed the right decision. It would surely have been a choking hazard or, at the very least, wound up in the hair of the person in front of us, as we sat in stitches for over an hour. It was so good we stayed until the very end, unlike a quarter or so of the crowd. Their loss though, as the last comic Adam Newman’s act was the most memorable of the night. He managed describe extracting a plastic bag from a schnauzer’s butt in a way that was as funny as it was flabbergasting.

While each comic left his or her own mark on the night, it was the overall experience that makes it worth a trip to Metropolitan Avenue, or as Dean explained, things become exponentially funnier in numbers.